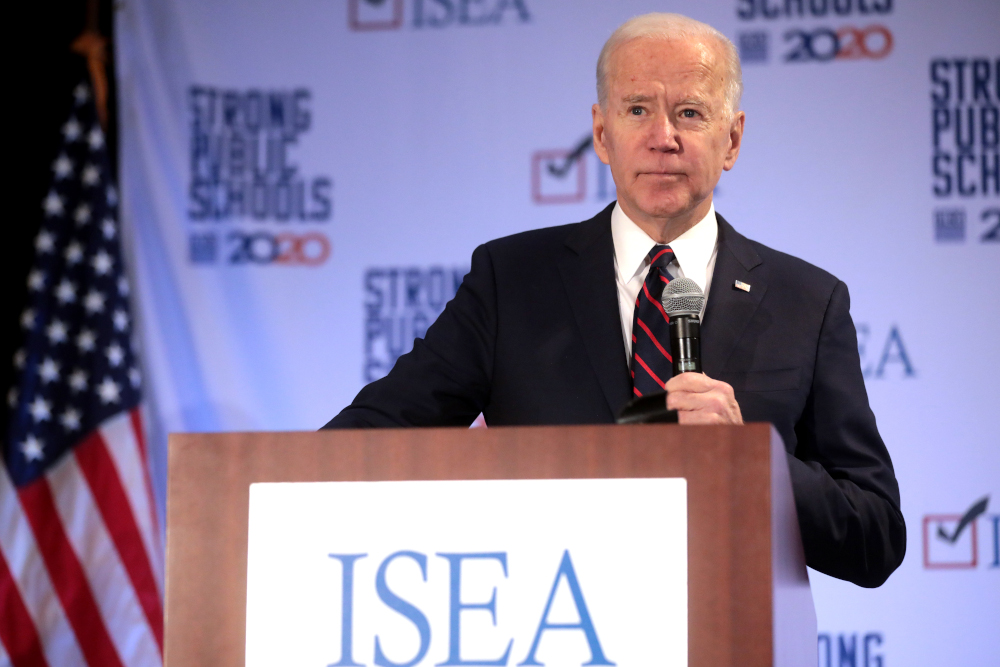 The results of mini-Super Tuesday are clear: former Vice President Joe Biden is the presumptive nominee of the Democratic Party, but the purpose for which we have a nominating contest is not entirely resolved. The Democratic Party needs to address some frank questions to the two men remaining in the contest if it is to have any chance at uniting and defeating President Donald Trump.

First, we now know somewhere between a third to half of the people who voted for Sen. Bernie Sanders four years ago were not voting for him but because they did not want Hillary Clinton. Many of them had drifted to other candidates in the early contests this year, but Sanders' has not significantly expanded his base. His much-touted ability to bring out new voters, especially young voters, has not been borne out by the facts. Turnout in Michigan was not quite as high as it was four years ago, but that year there was also a competitive primary on the GOP side. Democratic turnout was very high, but they turned out for Biden who handily won the state which Sanders had carried narrowly in 2016.

Sanders, however, did significantly better than Biden with two groups that have traditionally been underrepresented in the electorate, young people and Latinos. In Michigan, Sanders bested Biden among young people by a stunning 57 points and Latinos by 14 points. The limit to Sanders' candidacy is found in his poor showing among black voters, who gave Biden a 39-point victory, and the former Veep won the non-college voters that Clinton had trouble with four years ago by 14 points.

If Sanders had called me late Tuesday night and asked what to do, I would have encouraged him to stay in another week. There is a debate on Sunday night and, as we have seen, debates can change the trajectory of the race very quickly. But, if the results next week, when voters in Arizona, Florida, Illinois and Ohio go to the polls, are similar to what we saw this week, Sanders needs to bow out of the race and begin the task of uniting the party by going on the campaign trail with Biden. None of us knows how the coronavirus will affect campaigning, but even if Sanders simply starts emailing his vast army of supporters about why and how they can help him help Biden, that would help.

In his victory speech Tuesday night, Biden started the process of reaching out to Sanders and to Sanders' supporters with gracious remarks for the Vermont senator. That must continue. At some point, Biden will need to acknowledge that Sanders has changed the political conversation in this country and changed it for the better. Biden will need to admit that Sanders has changed his own understanding of the nation's political challenges for the better, too. It would help a great deal if Biden then endorsed a more progressive policy that he has so far shunned, such as the wealth tax, which is enormously popular and was simply not being discussed before Sen. Elizabeth Warren and Sanders put it on the radar screen of voters.

First, however, Biden needs to survive a one-on-one debate. He has not had one of those since 2012, when he debated Rep. Paul Ryan. Like most candidates, Biden has improved on the debate stage through the year, but in no debate did he escape without a moment when he seemed flustered, even confused. He would look at the moderators and say, "Oh, I'm out of time" or something similar but you can bet Sanders' debate coaches have instructed him that this time, with only two of them on stage, he should be prepared to say, "Joe, take all the time you need. Please explain to us what you are talking about because I couldn't understand it." If you think Biden can sail through Sunday night's debate, go back and look at the 2012 debate in its entirety and compare that with Biden's performances now. Back then, he was crisp and cogent. This time, not so much.

If Biden makes it through the debate and again does well next Tuesday night, he needs to find ways to avoid headlines like this one at Politico: "Biden surge brings sense of relief to K Street." That is the kind of headline that, if not combatted, will make it all but impossible to win over Sanders' more ardent supporters, people who do not want to return to a pre-Trump status quo. It is true that large majorities of Democratic voters have indicated that they want Biden to restore a sense of calm and decency after four years of chaos and divisiveness. But Democrats need to remember that Trump won for a reason. The Obama-Biden administration may be well regarded by Democrats but it failed to bring broadband to many rural areas and it failed to bring jobs back to the industrial heartland. Last month, I called attention to a comment by Pennsylvania state Sen. John Yudichak: "Obama had hope and change, Trump had knock-down-the-door and change." Democratic primary voters may have declined Sanders' offer of a revolution, but Biden still needs to figure out how to win back those voters who supported Obama and then flipped to Trump and it will take more than a few stories about growing up in Scranton.

Biden also needs to figure out how to improve his standing among Latinos. He likes to refer to "Obama-Biden Democrats" and of course his time as Obama's supportive and loyal Veep has stood him in good stead with the black community. But Obama was known as "the deporter-in-chief" in the Latino community long before anyone cast a ballot for Trump. He needs to figure out a way to address and distance himself from the abysmal record on immigration compiled on the Obama-Biden watch.

If Biden is still in the driver's seat this time next week and as he starts considering running mates, he has to remember that his two biggest obstacles to victory in November remain his dismal numbers with young people and Latinos. Suggestions that he bring on Sen. Kamala Harris, who is as beholden to the dot.com corporations as Biden was to the credit card companies, would be a disaster with Sanders' supporters. Stacey Abrams, who failed in her bid to become governor of Georgia, is completely unrealistic. At 77 years of age, he needs a running mate who has run something and Abrams has not. Especially in the wake of the coronavirus, the 46-year old Abrams, who has never had a post more consequential than state representative in Georgia, would send an exact counter message to Biden's claim the nation needs a seasoned hand at the helm. As well, the divide within the party today is not between black and white voters and Biden has cleaned up with black voters. The balancing act must be across the ideological divide or he must make a play for the Latino vote. 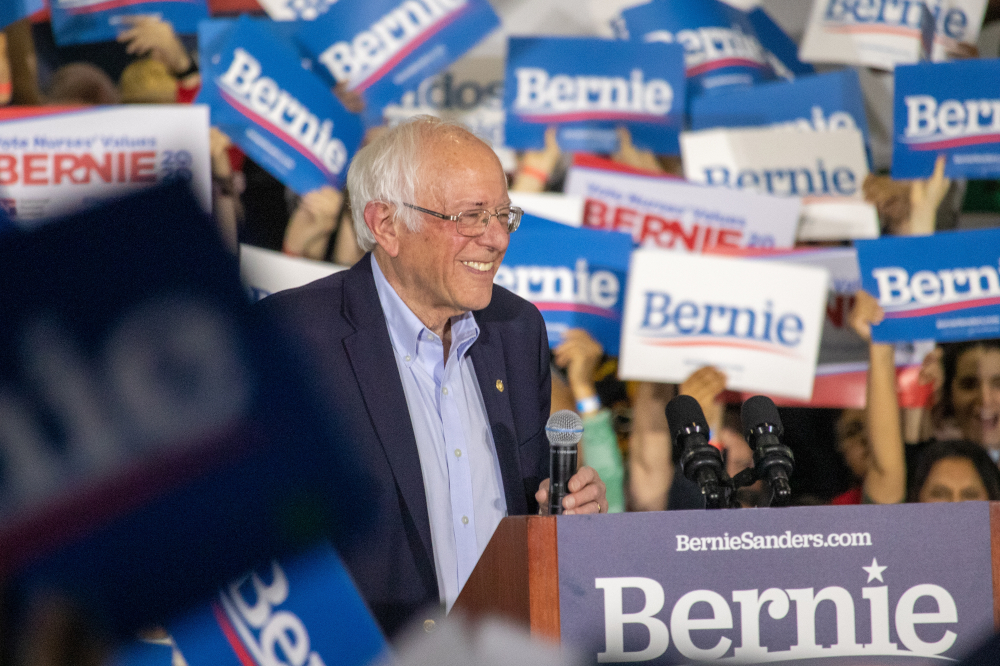 Two names stand out. New Mexico Gov. Michelle Lujan Grisham is the first Latina governor in the country. Previously she served in Congress, where she was chair of the Congressional Hispanic Caucus and served on the agriculture and budget committees. Given the coronavirus' enormous impact, her time as secretary for the New Mexico Department of Health might be a strong selling point. The other obvious candidate for the Veep slot is Warren. Her departure from the race was met with a collective sigh of resignation tinged with disgust from almost all of my female friends. Putting her on the ticket would go a long way toward reversing that bad-taste-in-the-mouth feeling women had when she dropped out and reaching out to Team Sanders at the same time.

The danger right now is this: Sanders has demonstrated an inability to get more than 35% of the vote. If Biden has a train wreck debate performance, what happens? So far, this nominating contest has been dominated by a bad calendar and the fact that the South Carolina political machine, led by Rep. Jim Clyburn, went all-in for Biden. Anyone who hopes Trump is beaten in November needs to hope that Biden has a strong debate performance Sunday night because there is no Plan B.