Can anyone beat Trump? 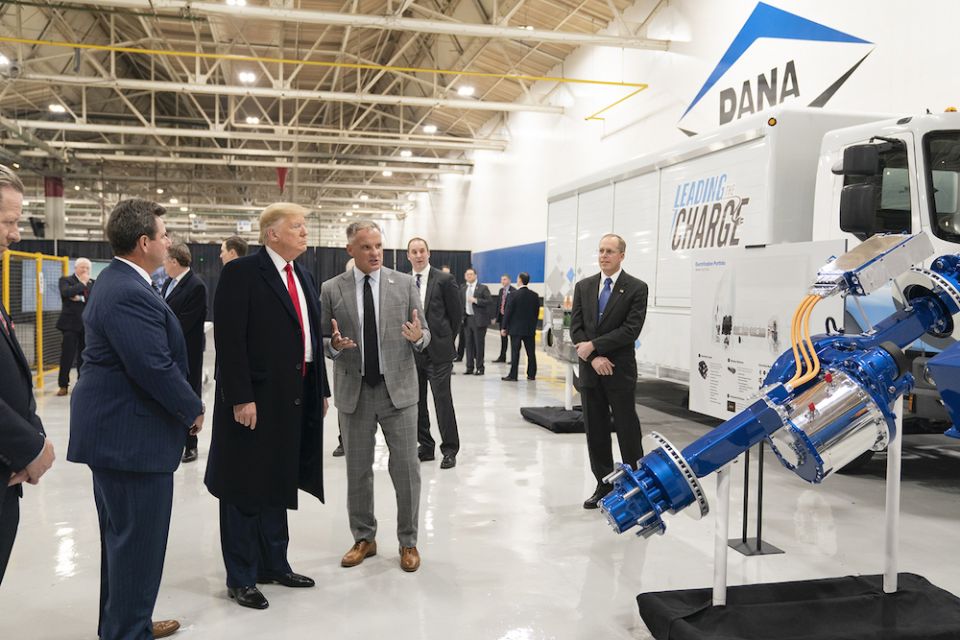 The race for the Democratic nomination, with its now weekly contests, each preceded by a debate, has kept the focus on the Democratic candidates, their strengths and weaknesses. Democratic voters have said repeatedly that what matters most is that they nominate someone who can beat President Donald Trump in November. Some new polling out of three Midwest battleground states poses a starkly different question: Can anyone beat Trump?

A Quinnipiac poll of registered voters in Michigan, Pennsylvania and Wisconsin had Democrats barely ahead in Michigan and Pennsylvania, their lead sometimes within the margin of error of 3.4%. And Trump resoundingly leads all Democratic candidates in Wisconsin by margins of 7 to 11 points. Voters in the Badger state also register an approval rating for the president that is above 50%. Nationally, the president's approval rating sits at 44% according to FiveThirtyEight.com, on Feb. 20, the day the Quinnipiac poll came out.

Democrats learned to their chagrin in 2016 that you can win the popular vote by 3 million votes and still lose the presidency because of the way the Electoral College tilts towards small, rural states that are likely to vote Republican. Wisconsin, Michigan and Pennsylvania served as a "blue wall" for Democrats in the Electoral College in recent decades: 1988 was the last time Michigan and Pennsylvania voted for the GOP presidential candidate, and the last time Wisconsin did was 1984. Until Trump.

We can debate until the cows come home why the blue wall crumbled in 2016, but as the metaphor suggests, it had to do with an uptick in rural voting and a drop in urban voting. Turnout in Wisconsin was down statewide, but up in 11 rural counties. Turnout was down in the state's largest city, Milwaukee, by more than 7.5% and down in key suburbs by 5%. Two of those suburban counties, Racine and Kenosha, flipped from Democratic in 2012 to Republican in 2016.

In Pennsylvania, Trump's win rested in part on flipping counties like Luzerne, which he won by almost 20 points, after Obama had won it twice. Rustbelt cities like Wilkes-Barre still were looking for change after eight years of Obama. "Obama had hope and change, Trump had knock-down-the-door and change," state Sen. John Yudichak told Ben Bradlee, Jr., who wrote the book The Forgotten: How the People of One Pennsylvania County Elected Donald Trump and Changed America. And as in Milwaukee, Clinton's vote totals in large urban areas of Pennsylvania were down. In rural parts of the state, turnout was up and it broke heavily for Trump.

Trump campaigned on the promise that he would never forget rural voters the way, he suggested, the snobby, leftist elites had forgotten them, dismissively referring to large parts of the nation as "flyover country" and repeating Clinton's unfortunate reference to "deplorables." Rural and rustbelt America are different, but Trump has done little to bolster those areas he flipped or where turnout ticked up. For example, large parts of rural America still lack broadband access, and farmers were hit hard by the trade battles with China. The manufacturing sector added 487,000 jobs in Trump's first two years, but that growth has slowed and the sector only added 46,000 jobs last year.

Trump is almost uniquely able to dominate the news cycle, and so it will be difficult for Democrats to re-frame discussion of the economy away from the "never been better" frame the president has applied. And while most Americans do not own stocks, the stock market is a daily economic indicator, so its robust growth feeds the Trump narrative every day. Looking at the Quinnipiac poll, it is clear that it is Trump's handling of the economy that is responsible for his approval ratings not tanking. "Three different states, three different scenarios, one constant — the economy. It's a top issue for voters, and it's giving President Trump a strong tailwind," Mary Snow, Quinnipiac's polling analyst said. On other issues, from health care to gun policy, Trump's approval rate is in the low 40s, sometimes in the 30s according to Gallup.

To be sure, Democrats also need to eschew cultural snobbery and respect the religiosity of rural America. I can't find much in the way of current data on the relative religiosity of rural compared to urban Americans, but a 2017 survey by The Washington Post and the Kaiser Foundation found that "the political divide between rural and urban America is more cultural than it is economic, rooted in rural residents' deep misgivings about the nation's rapidly changing demographics, their sense that Christianity is under siege and their perception that the federal government caters most to the needs of people in big cities." The survey found that nearly 6-in-10 rural Americans thought that "Christian values are under attack," including 45% of rural Democrats! Some of those rural Democrats are in the key swing states.

I hope the Democratic nominee, whoever it is, recognizes the need to avoid sticking his or her finger in the eye of religious voters. He or she can respect, even while they do not share, the more traditional mores of us rural folk.  But I also think the perceptions that the economy is going gangbusters and that Trump is responsible for that economic success are what is sustaining his overall approval rating in these swing states. Those perceptions may make other issues, all other issues, irrelevant.

Column | Can anyone beat Trump?