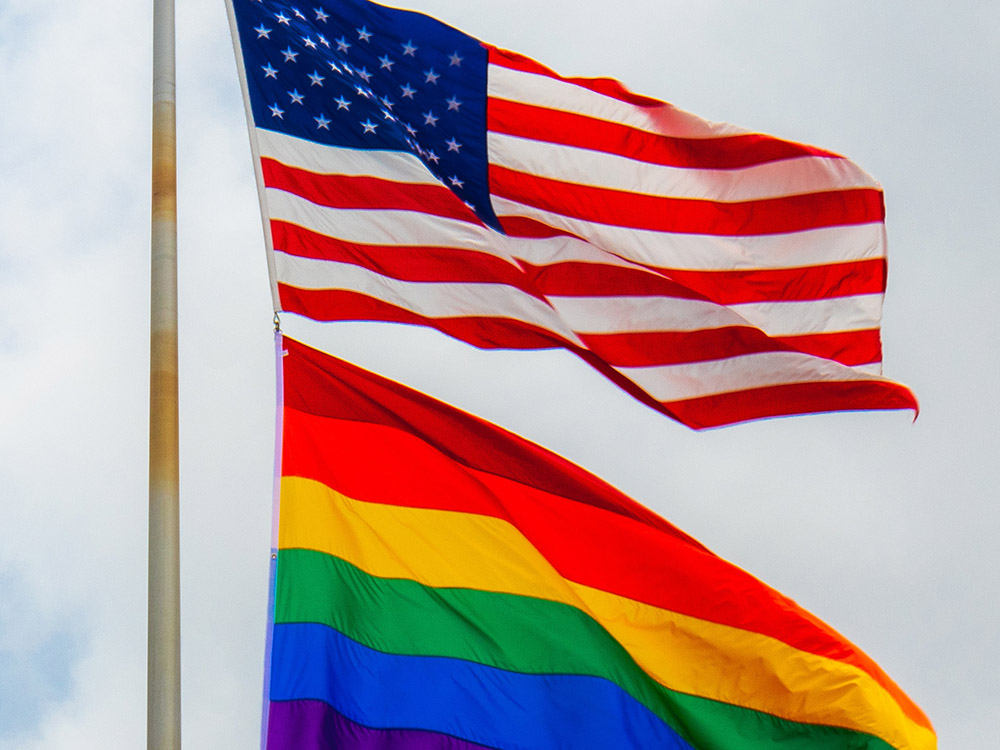 In March 1953, Jesuit Fr. John Courtney Murray published in the journal Theological Studies the first in a series of articles he planned on the development of doctrine regarding church and state during the pontificate of Leo XIII. Murray had been advocating that the traditional teaching on the issue was not set in stone and he discerned precisely some steps toward development during Leo's long and relatively enlightened reign.

Unfortunately for Murray, two months earlier, Pope Pius XII had held his second consistory, naming Alfredo Ottaviani a cardinal and giving him the post of pro-prefect of the Holy Office, the forerunner of today's Congregation for the Doctrine of the Faith. His motto — "Semper Idem" or "Always the Same" — gave some indication of his theological disposition.

On March 2, 1953, Ottaviani delivered a speech at the Lateran University in which he defended the traditional teaching that when Catholics were in the majority in a country, Catholicism should be recognized as the official state religion and alone receive the protection and favor of the state. If, on the other hand, Catholics were in the minority, they should enjoy complete religious liberty.

Ottaviani acknowledged the obvious double standard this teaching implied, but he was not embarrassed by it in the least, arguing that "two weights and two measures are to be applied: one for truth, the other for error."

Not for the last time was the old adage proven that the worst wounds inflicted on Holy Mother Church are those that are self-inflicted.

If that sounded familiar to American ears, it was because the anti-Catholic bigot Paul Blanshard, a writer for The Nation, had argued in his 1949 book American Freedom and Catholic Power that Catholics were not to be trusted with political power because they would, if they could, throw out the Constitution's provision for religious freedom; indeed, they were bound to do so by the teachings of their church.

The silencing of Murray by Roman authorities in 1955, which he accepted in obedience, appeared to be the end of the matter but, as we all know, Murray would be brought to the Second Vatican Council as a theological expert by Cardinal Francis Spellman and play a role in what became the conciliar decree Dignitatis Humanae. The church abandoned the "error has no rights" theory of Ottaviani, noted that rights inhere in persons not in propositions, and endorsed religious liberty — not in the same Madisonian terms found in the U.S. Constitution, but the council endorsed religious liberty nonetheless.

The U.S. bishops seem not to have gotten the memo. My colleague Christopher White looked at the opposition of the U.S. Conference of Catholic Bishops to the Equality Act earlier this week. Claiming their position is demanded by Catholic anthropology, they hold that the government should not extend anti-discrimination protection to people based on their sexual orientation or gender identity, and if the government does so anyway, they must create a carve-out so that the new protections do not affect the church's personnel policies.

Heads I win, tails you lose. We get to call the shots, and if we can't, you can't tell us what to do.

As White showed, the bishops' conference refused to endorse a compromise proposal, the Fairness for All Act, which would have created carve-outs for religious organizations but would have allowed the nondiscrimination provisions to go into effect. Another self-inflicted wound.

The fact that pro-gay lobbying organizations like the Human Rights Campaign also refused the compromise does not let the bishops off the hook. It only goes to show that good-faith compromises are the first casualty of the culture war approach to politics.

To be clear, the Equality Act, as it is currently written, should be defeated in the Senate because it would limit the reach of the Religious Freedom Restoration Act (RFRA) in these matters. RFRA restored a standard limiting the government's right to burden a citizen's religion that had been overturned by the U.S. Supreme Court in its 1990 Employment Division v. Smith decision, a decision authored by Justice Antonin Scalia.

RFRA does not grant complete immunity from government interference in religious matters, but it does restore the requirement that the government needs a compelling state interest to burden the religion of its citizens, and that the method of achieving that state interest be crafted with a view toward minimizing the burden on religion.

RFRA represents an effort to allow people with strong and opposing views to live together amicably. Its bias against government entanglement with religion is justified by both historical and theological reasons. Historically, entanglement has always ended up restricting the freedom of the church and forced it into compromising situations. As a matter of theological principle, the church can only propose, never impose, its views, whereas civil law is coercive by definition.

It is shocking that otherwise intelligent liberals, so keen to achieve their political goals, have been quick to abandon their foundational raison d'être, the freedom of conscience and religious tolerance. Contemporary liberals have created a false god out of equality, which is one of many normative objectives for a liberal democracy, not the only one. At least the conservatives at the bishops' conference are true to form, perfectly willing to scratch the authoritarian itch they acquired as part of their religious and political training.

The most horrifying part of White's reporting was the degree to which the U.S. bishops' conference opposes a variety of commendable legislation because the proposed laws extend protection on the basis of sexual orientation or gender identity. The bishops opposed funding for the National Suicide Hotline and the Violence Against Women Act because a small part of the proposed laws were targeted specifically at helping LGBT citizens. This kind of moral absolutism is akin to the bishops' ridiculous fretting about the use of cell lines derived from aborted fetuses in the testing and production of the COVID vaccines.

Discrimination against gays and lesbians should not be the hallmark of religious identity in our day and age. Nondiscrimination proposals like the Equality Act, if amended to remove the anti-RFRA restrictions, represent no threat to religion or the common good.

If gay men and women flourish in society, that is no harm to Catholicism. We all benefit when others flourish, no matter the differences of perspective or orientation or lineage or ethnicity. This is America. The church would have an easier time defending RFRA and its protections from government entanglement if it were not consistently aligning itself with people who are bigots.

The Equality Act does threaten the closet. The fewer reasons that exist for gays and lesbians to hide their identity, and keeping a job is a big reason, the fewer the reasons for the closet to exist. Perhaps that is threatening enough to some Catholics, clergy and laity alike, that they look for reasons to oppose it.

No matter what Congress does, the Catholic Church has to come to terms with the fact that its theology regarding homosexuality is inadequate. Development of doctrine will take time and there are no easy developments of doctrine, especially in the area of sexual ethics, as the brouhaha surrounding Amoris Laetitia demonstrated.

In the meantime, however, we can start by affirming that we do not believe, that we cannot believe, that if you know one discrete fact about a person — that he or she is gay — you know enough to justify stigmatizing and discriminating against that person. That is the real affront to sound Catholic anthropology.