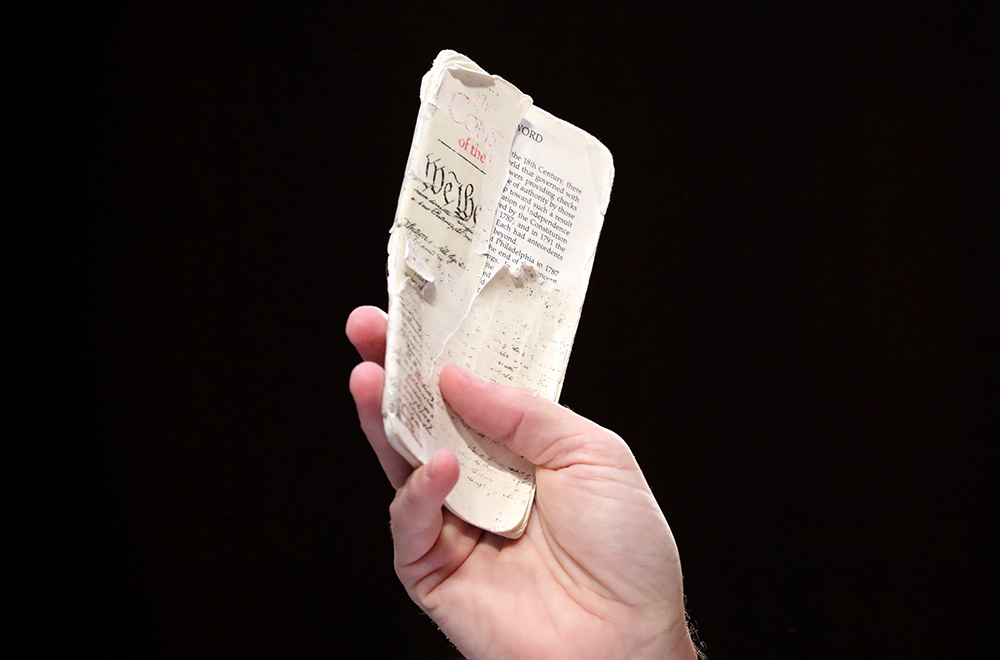 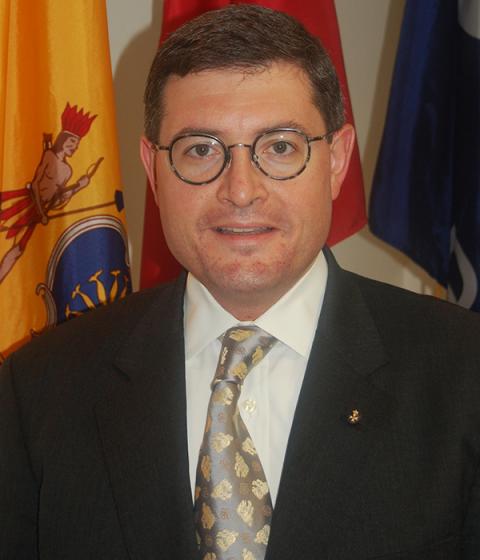 The most influential Catholic in America today is not a bishop or a cardinal, nor even a fat cat libertarian donor like Tim Busch, nor Supreme Knight Carl Anderson, who uses Knights of Columbus money to fund conservative political causes. No, the most influential Catholic is Leonard Leo, the executive vice president of the Federalist Society, the organization to which President Donald Trump has farmed out the task of selecting federal judges.

Focusing on key recent Supreme Court decisions on hot-button issues such as campaign finance, gun control and state sovereignty, she found that as many as two dozen people with Federalist Society connections played some role in crafting the arguments, arguing the cases, clerking for the judges or issuing the rulings.

Montgomery also notes that the Federalist Society has proven to be a welcoming home for libertarian scholars as well as more traditional conservatives. If you knew nothing else about the group, you would know that this unholy alliance of libertarians and conservatives gives the lie to any pretense of intellectual consistency or heft. Libertarians align with conservatives in America because they often want the same policy outcomes. You might say that, in its way, the Federalist Society is as committed to manipulating the law to achieve certain goals as the most liberal jurist rummaging through the penumbras of the Constitution.

At Politico, law professor Evan Mandery published an essay last month that examined why there was no liberal equivalent to the Federalist Society. The closest thing to a self-conscious liberal alternative is the American Constitution Society, or ACS, which was formed in 2001 and which most people have never heard of. Mandery notes that the Federalist Society has been at the task for two decades longer, and that its pro-business jurisprudence has made it the recipient of gobs of cash from the Koch brothers, the Scaife family foundations and other right-wing donors: In 2016, the Federalist Society reported revenue of $26.7 million compared to only $6.5 million for the ACS.

The most significant difference between the conservative Federalist Society and the liberal American Constitution Society is neither financial resources nor time in the field. Mandery writes:

Standing behind the original meaning of the Constitution gives the Federalists a deeply appealing claim to a neutral, timeless American tradition. It is also complete nonsense, according to scholars who've looked at the rulings of "originalist" judges: Those judges tend to issue politically conservative rulings regardless of the larger principles at stake. Judge Richard Posner, no liberal, has ridiculed Scalia's claim that originalism and the related doctrine of textualism offer greater certainty than competing principles, such as interpreting the Constitution as an evolving document. Originalism, for all its pretenses, is no more than a fig leaf for injecting politics into the judiciary.

Judicial neutrality may be a fiction, but it's a useful one — and an idea for which liberals just haven't found a response.

Regular readers will recall my essays (here and here) last year at the time of the Kavanaugh hearings, explaining why originalism is bunk.

Mandery also points to one of the principal reasons liberals cannot fashion a persuasive liberal alternative to originalism. "The problem, of course, is also endemic to liberal politics, which tends to traffic in the rhetoric of identity and outcomes, while conservatives prefer the language of first principles (which, conveniently, lead directly to their preferred outcomes)," he writes. "That difference is hardly superficial. Even if there were 'ACS judges,' what would be the principle to unite them?"

If, like many liberal academics, you are wedded to identity as an intellectual construct, and further embrace privileged hermeneutics based on those claims of identity, and top it all off with an insistence on the incommensurability of the claims advanced on behalf of one's group, then "equal justice under the law" is vacated of all significance. You end up with arguments like that of former Georgia gubernatorial candidate Stacey Abrams, which I called attention to previously, in which she denigrated the universalism without which liberalism becomes a mere exercise of power. The blood and soil concept of identity is certainly less dangerous in Abrams' hands than in Trump’s, but it is not liberal and those on the left who cling to identity politics should recognize they will never be as effective at turning such concepts into a governing philosophy as the reactionaries are.

"Our founding belief was that if progressives spent less time fighting about the method of interpreting the Constitution with conservatives, we could spend more time discussing what the Constitution actually means," Brianne Gorod, chief counsel for CAC, told Blumenthal. "And that that's a fight that progressives can win." Gorod's comment put me in mind of the debate over St. Pope John Paul II's apostolic constitution Ex Corde Ecclesiae on higher education. Liberals fretted about tenure, which wasn't going anywhere, and ceded the debate about Catholic identity to conservatives instead of claiming Catholic identity for their own vision of Catholic education.

At the end of the day, I suspect that the two most recent appointments to the Supreme Court, both of them members of the Federalist Society, will not regularly be swayed to the left even by the most refined and historically accurate argument. The Federalist Society members on the bench may convince themselves that they are debating first principles, but I suspect they are politicians in robes like most judges.

But, if the Constitutional Accountability Center can convince the rest of the country that the founding was a more complicated thing than the late Antonin Scalia believed, they will have done a great service to the country. They will diminish two of the most effective, if largely fraudulent, tenets of conservative politics today, the paired ideas that conservatives own the founding and that their preferred kind of jurist does nothing more than follow the founders' wishes. It was bunk when Scalia and others introduced it and it has only gotten bunkier with time. It is time for liberals to reclaim the founding, not as something that belongs only to them, but as something that belongs to us all.