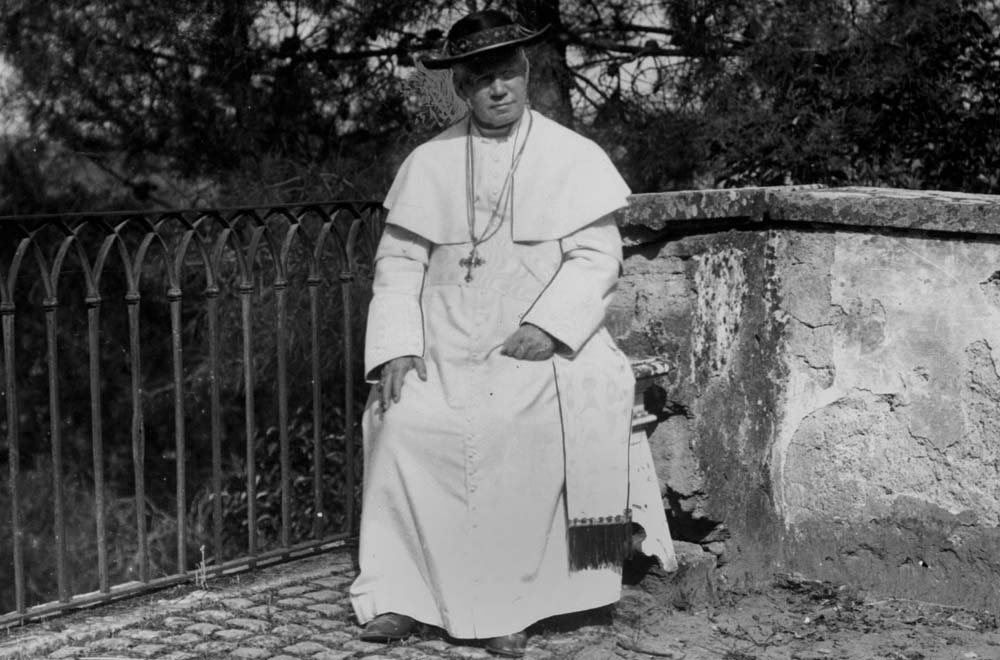 Matthew Schmitz, the senior editor at First Things, writes the most psychologically revealing pieces, but that is only part of his problem. The larger difficulty, at least for me, is his ignorance of Catholic history and theology, an ignorance that demonstrates the blinders through which certain conservative Catholics in the United States frame the challenges the church faces and the paths forward that she should follow.

First, the psychology. In his recent hit job on Cardinal Blase Cupich, Schmitz takes the cardinal to task for failing to be the tough, law-and-order shepherd of the flock conservatives prefer. "Some people have a quaint idea that a bishop should say what is right and wrong, in season and out, but Cupich has evolved beyond this," he writes. "Cupich wants to liberate Catholic consciences from clerical control. 'If people come to a decision in good conscience,' he says, 'our job is to help them move forward and to respect that.' If you're okay, so is he."

Schmitz does not like the cardinal's words. He writes, "No one born in the last forty years will be surprised by this rhetoric. There was the cool dad who winked and left you two alone, the cool dad who told you he didn't keep count of the beer …. Even when the matter was trivial, the refusal either to forbid, or to accept responsibility for permitting, made him something less than a father. He told us to act like adults so that he didn't have to." To which I can only say: Wow.

This is not the first time that Schmitz's writings were revealing. In explaining why his initial enthusiasm for Pope Francis was misplaced, and how Amoris Laetitia was the straw that broke the camel's back, Schmitz observes:

Several friends of mine have decided this year to seek reception into the Catholic Church. All are aware of the debate touched off by Francis, and though most think my position in that debate too extreme, they dislike the idea of communion for the divorced and remarried. Unlike Francis, they came of age in a society in which divorce was normal. Even if one's parents stayed together, there was always a possibility that you and your mom could be abandoned by dad. Neither state nor school nor corporation would so anything to restrain him. If Francis has his way, neither will the Church.

Again, wow. Viewing doctrine and pastoral practice primarily through the lens of one's daddy issues certainly seems to reek of the kind of modern intellectual faddishness I thought conservatives were supposed to abhor.

Further, it is inexplicable to me that Schmitz can, on the one hand, argue in favor of a more authoritarian style of church leadership and, on the other hand, chastise the pope when he teaches authoritatively in a way of which Schmitz does not approve. But, this is not the most objectionable part of Schmitz's attack on Cupich.

"Pius [X] denounced laws that 'place the Church under the domination of the civil power' and 'encroach on matters which are within the exclusive jurisdiction of the Church,' " Schmitz writes. "He insisted in inequality within the Church as a way of asserting the Church's integrity and independence. The French state was sundering 'the mystical body of Christ, ruled by Pastors and Doctors — a society of men containing with its own fold chiefs who have full and perfect powers for ruling, teaching and judging.' Only bishops had the right to govern the Church — all others were interlopers."

It has been quite awhile since I saw anyone, whom I had not heretofore understood to be a crank, cite Pius X approvingly. His papacy was a disaster. Pius X's encyclical Pascendi Dominici Gregis set the church's intellectual life back a generation with its imprecise and overheated broadside against "modernism." He oversaw a cabal of informants who secretly collected information against "modernists" within the church and blacklisted them. Among those targeted were Giacomo della Chiesa, who would succeed him as pope, Benedict XV, and Angelo Roncalli, another future pope, John XXIII. Many of the ideas Pius railed against would become standard theology by the time of Vatican II. He wrecked the order for the sacraments of initiation.

We know Pius X was a pious man and the church has declared him a saint. I quibble not an iota with that declaration, but his sanctity cannot blind us to the fact that his pontificate was deeply regrettable.

But, this, too, is not what is most disturbing about Schmitz's essay.

No, the most reckless and ridiculous assertion Schmitz makes is this:

Pius recognized that a non-hierarchical Church would be subject to the domination of the world. The same is true today. Attempts to play down the teaching and governing role of priest and bishops have not transformed Catholics into mature adults who stand upright and breathe free. It has left them enslaved to state, market, and tribe.

What is he talking about? The world sought, and sometimes succeeded, in dominating the church at various times, even though at all times the church has been hierarchical. Setting the teaching and governing role of bishops against the conscience of the faithful misunderstands both conscience and the church. Cupich is not encouraging anyone to think of conscience as mere whim, nor of the Christian vocation as unique to autodidacts. And, while it is true that many Catholics have allowed themselves to be enslaved by state, market and tribe, that did not happen in the three years Cupich has been Archbishop of Chicago or in the five years of Francis' pontificate. Pick any century of the history of our church and you can find similar enslavements to the culture.

The antidote to becoming a slave to the ideologies of the world is not to fashion an ideology of the church. That is just a different, more sophisticated, golden calf. The Catholic antidote to all ideologies is membership in the church, the people of God in relationship with each other because of their shared relationship to the God revealed in Jesus Christ — and still being revealed in Jesus Christ today. It is communal and it is personal. It is ever developing because at its heart is the Risen One who is still alive and active. It is filled with grace yet marked by sin. It requires codification at the same time as it resists codification.

To borrow a metaphor from von Balthasar, like the apostle John, the apostle of love, who runs ahead of Peter, the apostle of authority, and reaches the empty tomb first, the church at its most evangelical is constantly running ahead in love to its source of faith, the Risen Christ, discerned most readily in the Eucharist and in the poor. The church, as Pope Francis likes to say, must recognize that Christ is still trying to take on flesh in our own time, in every age.

I regret that many converts in the past thirty years thought they were signing up for a version of Catholicism that they were told was eternal but was only a moment in time. (I note, too, that there are many, many converts who love this pope.) I regret no one told them that the ideological encrustations certain conservative Catholics claimed were irreformable were necessarily subject to reform because the church is alive in history, not dead in ideology. Their mentors in the faith imparted a faux-infallibility not merely to the teachings of one pope, but to a particular, and particularly narrow, interpretation of those teachings. Now that they have become Catholic, they resent that the church is changing and behave as spoiled little children who have had their toys taken from them. It is sad for them, and their mentors have much for which to answer.

The sadness need not be definitive. I encourage those like Schmitz who feel that the pontificate of Francis is akin to a painful case of whiplash to study the history of the church they have joined. I encourage them to recognize the ebb and flow of salvation history. Most especially, I hope they will discern what I have discerned, that there are times in that history of salvation when the church of love and the church of authority combine singularly, when the Lord sends us saints like Augustine and Francis, cardinals like Contarini and Pole (and Cupich), and popes like Papa Roncalli and Papa Bergoglio, and that it is the greatest of blessings to live in such a time.