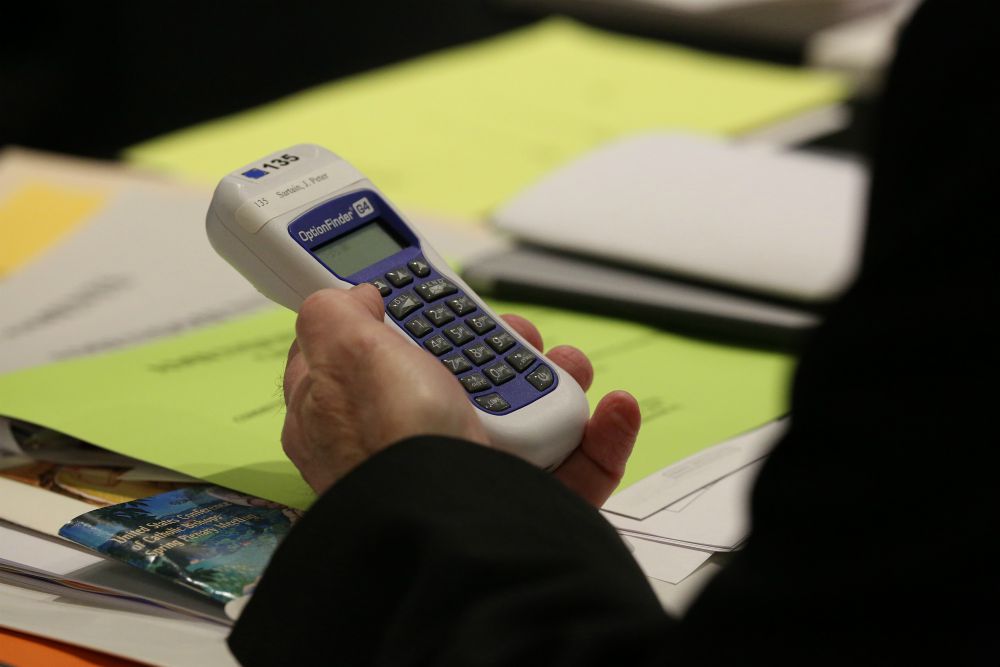 The spring meeting of the U.S. bishops' conference turned out to be livelier than the advance copy of the agenda indicated. The divisions among the bishops continue to plague their effort, if it can be called an effort, to live up to the moral demands of the moment. In addition to the typical divide between more conservative and more liberal bishops, the more fundamental divide is between those who want to adopt a more activist approach to the times and those who want to hunker down.

The meeting began with the publication of a statement by U.S. Conference of Catholic Bishops President Cardinal Daniel DiNardo that began: "At its core, asylum is an instrument to preserve the right to life. The attorney general's recent decision elicits deep concern because it potentially strips asylum from many women who lack adequate protection. These vulnerable women will now face return to the extreme dangers of domestic violence in their home country." And, he also stated he joined with "Bishop Joe Vasquez, Chairman of USCCB's Committee on Migration, in condemning the continued use of family separation at the U.S./Mexico border as an implementation of the Administration's zero tolerance policy." So, two cheers for seeing the president of the conference use the word "condemn" in relation to a policy of President Donald Trump and for linking these immigration actions with our Gospel commitment to human life. He would get a third cheer if he would move beyond statements and/or draft statements on immigration that have the same sense of moral urgency as previous statements on abortion or religious liberty.

I deprecate the suggestion of Bishop Edward Weisenburger, the new bishop in Tucson, Arizona, that the conference explore "canonical penalties" against border control agents who violate human dignity. It is true that "following orders" was not considered a legitimate defense at Nuremburg, and that any Germans who justified their actions in such a manner to Red Army officials were summarily shot, but I am not a fan of canonical penalties generally, not against politicians, certainly not against some guy or gal trying to make a living, who might well entertain moral reservations about the work they are asked to do, may even assist immigrants in ways he or she is not supposed to when the boss is not looking. In any event, it is the president who is properly to target of episcopal wrath, and he is beyond the reach of canonical penalties as he is not a Catholic (thank God!).

On the other hand, we all can welcome the suggestion from Cardinal Joseph Tobin that the bishops send a delegation to the border, and especially to detention centers, as a sign of solidarity with and pastoral solicitude for migrants and also as a protest against the inhumane policies the Trump administration is pursuing. As a writer, I am loath to admit it, but sometimes a picture is worth a thousand words, and the images of Cardinal Sean O'Malley and Bishop Jerry Kicanas serving Holy Communion through the slats of the border to fence at a special Mass in 2014 did a better job communicating what we Catholics believe than any essay, or five essays, I could pen: Man-made borders cannot stop the love of Christ from penetrating the fences we erect with the communion that we share, all of us on both sides endowed with the dignity of the children of God.

It was disheartening that the body, as a whole, did not say, "Cardinal Tobin is right, and our agenda is thin. Let's suspend the meeting and go to the border now." Alas, these are bishops not activists, and they did not get where they are by being risk-takers. Still, in the afternoon session, when DiNardo announced he was referring the idea to the immigration working group led by Gomez and the standing Committee on Migration, led by Vasquez, I thought to myself, "Archbishop Gomez is sitting right next to you. Just ask him to make this happen." DiNardo strikes me as a wet blanket on any hint of advocacy. Just so, he is mismatched for the moment.

The fireworks emerged over the issue of the bishops' quadrennial document on voting, "Forming Consciences for Faithful Citizenship." As I explained on Monday, the proposal from the working group, that the bishops agree to produce a new brochure and a video discussing the Catholic approach to citizenship but leave the 2015 document in place, is totally inadequate. Too much has changed, both in the political landscape and in terms of doctrinal development, to admit this dodge of episcopal responsibility.

Turns out, plenty of bishops agreed with my take. First up was Cardinal Blase Cupich, who not only cited the "new body of teaching" from Pope Francis that needs to be integrated into "Faithful Citizenship," but noted the working group had cited the need for civility. "Our debate has the potential to model how civil discourse proceeds," the cardinal said, adding "We can do our people and our nation a great favor." Bishop John Stowe of Lexington, Kentucky supported the need for a new document, but he focused on the changed political environment, the withdrawal from the Paris accords and the Iran nuclear deal, the immigration challenges the bishops had been discussing, the lack of much discussion of gun control in the 2015 text, and the fact that the bishops' priorities in health care policy have changed.

Bishop Michael Warfel of Great Falls-Billings, Montana, called the current document "stale" and said it had not been well received in Montana. Bishop George Thomas of Las Vegas, Nevada, noted that Francis not only focused on different issues but also brought a different style to ecclesial teaching, and that this should be reflected in the document. Tobin explicitly called for the inclusion of the teaching in Gaudete et Exsultate in a new text, specifically the ways in which faith has been divorced from life. He also asked the body to consider renewing the process by which they bring documents to fruition because it takes far too much time.

It fell to Bishop Robert McElroy of San Diego to provide the prophetic voice that should characterize a revised document. He said the current document suffered from two "fatal flaws." First, he noted that Gaudete et Exsultate directly challenged the current document and its "tendentious use of intrinsic evil," which has been abused to diminish the moral weight of all issues except abortion. He also noted that the 2015 document did not deal with the "signs of the times" but with "times past." On Deferred Action for Childhood Arrivals, Charlottesville, Parkland, the 2015 document is silent. McElroy's voice rang with the moral authority that is so often lacking from our public discourse.

Those defending the document were, frankly, pathetic if not disingenuous. No one admitted that they like the fact that when the 2015 document discusses the environment, fully half of the space is devoted to opposing population control, which is not, in fact, the central focus of Laudato Si'. They said the kinds of changes being suggested would make the document even longer. Cardinal "wet blanket" DiNardo said "Faithful Citizenship" is "a teaching document, though some of the brothers want to move us in a different direction." No, your eminence, the teaching has changed since 2015 and really 2007, when the underlying text was drafted. Bishop Robert Barron and Archbishop William Lori both also argued that the editing process would yield a yet longer document that would be even less well read.

Why? I hereby offer to draft a short statement on forming consciences for faithful citizenship that reflects the teaching of Francis as well as the current document, takes account of the changed political circumstances, directs readers to deeper analysis of the moral issues if they wish to pursue them but keeps the prose lively. I promise to keep it to five or six pages. I promise to have it to the bishops in a week's time. If my editor will give me the time off, I will not even charge. This is not brain surgery.

The real reason so many bishops did not want to rewrite the 2015 statement is because they do not want to do the hard work of negotiating their differences, they are only too content to ignore what the Holy Father said in Gaudete et Exsultate about the issue of poverty being every bit as morally urgent as bio-ethical issues, and they do not want to confront the moral enormity living at 1600 Pennsylvania Avenue and, perhaps subconsciously, their own complicity in bringing our country to this miserable point.

They garbled together a compromise, but it was completely unclear what they are actually doing. I sense that the leadership did not want to look like they did not want to include Francis, but it is so obvious that is precisely their reason for trying to keep the 2015 document in place. If the document that emerges from the working group is not radically different, look for more fireworks in November. What is clear is that the bishops who support Francis are still the minority of the conference, the staff at the conference is doing their best to find ways to minimize the challenge Francis poses to the U.S. church, and the conference is still a couple of years away from having a majority of bishops willing to let themselves be challenged. Here is a question for the bishops and their staff as they contemplate what needs to be said: How many more young Catholics are you willing to see alienated from the church before you step up and provide the kind of moral leadership the nation needs?