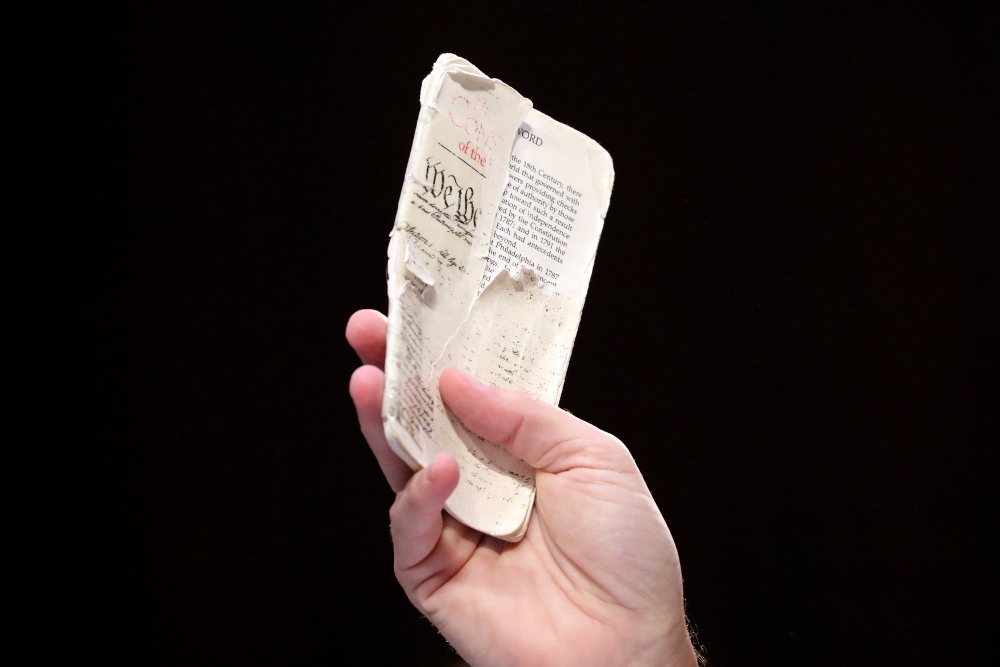 According to RNS, libertarian Catholic megadonor Tim Busch is dialing back his previous comments to The New York Times about his foreknowledge of the Viganò dossier and that he had been told in advance of publication by someone at the National Catholic Register that Pope Emeritus Benedict XVI had vouched for its accuracy. Busch denies several things the Times never reported, which is strange: maybe a guilty conscience. Busch is in this mess up to his wallet. I have a question for Busch: When disgraced Archbishop John Nienstedt was serving as a kind of chaplain to your Napa Institute, did you think of renaming the bar at your resort "The Happy Tap"? This is the guy who is going to lead the push for "authentic reform"?

Another reformer of questionable credentials is Princeton Professor Robert George. On Sunday morning, I got an email from someone with a link to a posting George had done, but I was walking into church and decided I would read it later. After Mass and breakfast, the link did not work. Others noticed and found this link to what had been posted and taken down. What to say? I recently commented on an essay by George and my comments were not dull. Still, I was surprised that his reply was so puerile. It is always a bit flattering when a tenured professor at a major university engages my scribbling. But this name-calling? I suspect George is among those neocons of a certain age who are realizing some of their mentors and benefactors had what could now be called a "McCarrick problem," and that the papacy of John Paul II, their hero, is about to come in for some fierce criticism.

In The Washington Post, Hugh Hewitt thinks Sen. Mitch McConnell "saved the Constitution," by preventing the nomination of Judge Merrick Garland from going forward in the last year of President Barack Obama's term. Hewitt is entitled to his opinions, of course, but whatever else McConnell's ploy evidenced, it is hard to characterize it as in keeping with the fake originalism Hewitt claims was vindicated.

Speaking of the Constitution, Politico reports that Supreme Court nominee Brett Kavanaugh "eluded" efforts by Senate Democrats to corner him into an admission he would curtail abortion rights. But here is the deal. Did he do the pro-life community any favors by talking about how Roe and its progeny is settled law, and how Casey is a "precedent on precedent"? If the court dials back Roe, the issue returns to the states and his waffling hardly helped the pro-life political need to persuade people even if it may have helped him get confirmed. Is anybody else tired of judicial nominees lying through their teeth to get confirmed? More on that later this week.

At RNS, Mark Silk looks at the Kavanaugh hearings with an eye to discerning how the justice will rule on religion cases. Silk concludes Kavanaugh displays little zealotry so far. Looking ahead, he thinks we will see the extent of Kavanaugh's accommodationism with an upcoming chance to reverse a unanimous decision of the New Jersey Supreme Court on the subject of state funds going to repair historically significant religious structures. I hope the Supremes will align our country with the rest of the civilized world and conclude of course the government can help preserve our cultural heritage.

Also at Politico, a report on the racist robocalls being delivered to Florida voters. This is after the Republican nominee encouraged voters not to "monkey it up" on Election Day.

The Racist-in-Chief must have been alarmed to find out that his wife's parents received their documents as a consequence of the much-maligned "chain migration." Don't look for Fox News to cover this story, but The Washington Post wrote it up.

In The New York Times,David Leonhardt echoes what I have been saying all along about the president's entanglements with Russia. He terms it "the scandal that's been staring us in the face all along: Illicit financial dealings — money laundering — between Trump's business and Russia." "Follow the money" was sage advice and it has long been obvious special counsel Bob Mueller took that advice, hiring investigators with financial expertise. The recent immunity grants by the Southern District of New York point in the same direction. The walls are closing in on Donald Trump.