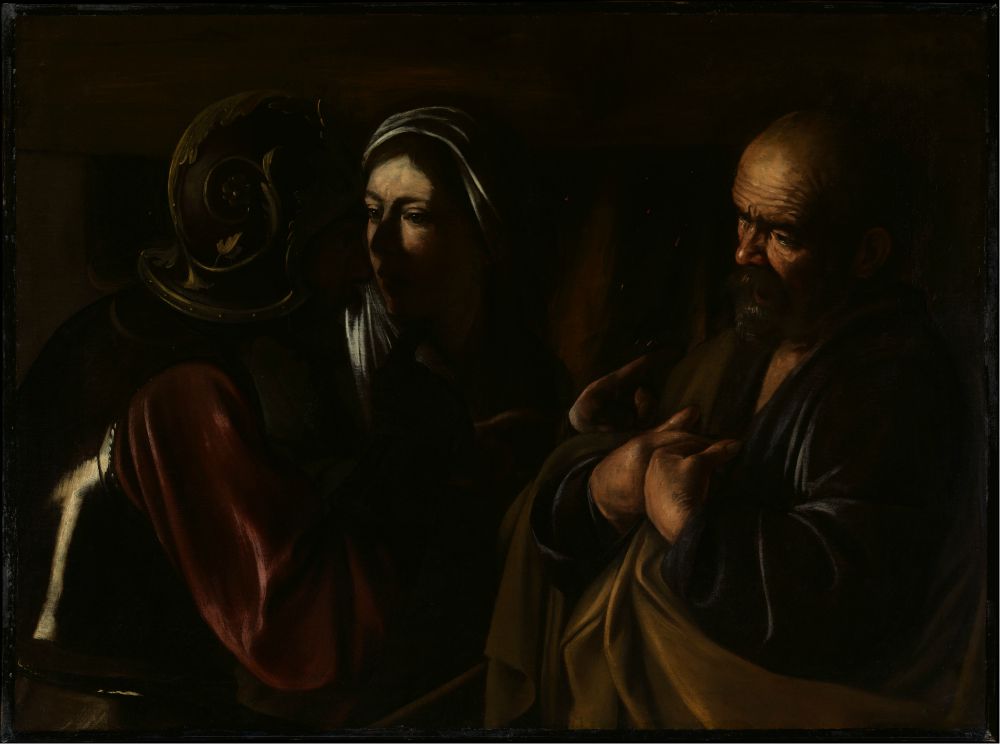 Now that Archbishop Theodore McCarrick has resigned his cardinalate, what happens next? The canonical case against him will continue, but what have we learned in the past couple of months? What remains to be done to combat this cancer that is killing the church, a cancer that metastasized beyond the abuse of children to the abuse of adults?

There are three parts to the ecclesial conversion that the McCarrick scandal makes clear. First, we need institutional mechanisms and procedures to hold bishops accountable. This is not mere bureaucratic obfuscation. We are Catholics: We put the "organized" into "organized religion." More importantly, we believe that God saves his people through his church so the cure for these sins of sexual perdition requires more than individual boldness in confronting them. God's grace is mediated by the sacraments and by the church herself with all her cultural encrustations. We do not want to be like Roper in "Man for All Seasons," pledging to tear up all the laws of England and to take on the devil alone, failing to recognize the value of law in protecting humankind, all humankind, from harm.

Cardinal Sean O'Malley of Boston addressed the organizational component in an important statement last week. O'Malley's leadership of the Pontifical Commission for the Protection of Minors did not come about by happenstance. In three consecutive dioceses — Fall River, Massachusetts, Palm Beach, Florida, and Boston — the predatory behavior of priests towards minors had brought the church to new lows. In the Archdiocese of Boston, the cover-up of the crimes by the chancery had become a national disgrace. I doubt if any prelate has spent more time with more victims than O'Malley. He, along with the persistence of the victims, and the efforts of Archbishop Charles Scicluna of Malta and the decisiveness of the pope himself, are responsible for turning the situation in Chile around. So, when he says new policies are needed to address sexual predation by bishops, they are needed.

"While the church in the United States has adopted a zero tolerance policy regarding the sexual abuse of minors by priests we must have clearer procedures for cases involving bishops," O'Malley said. "Transparent and consistent protocols are needed to provide justice for the victims and to adequately respond to the legitimate indignation of the community. The church needs a strong and comprehensive policy to address bishops' violations of the vows of celibacy in cases of the criminal abuse of minors and in cases involving adults."

It is important to note the two different crimes being considered. The sexual abuse of minors is one thing, and the abuse of power — potentially with a minor but also with an adult seminarian, priest or employee — is a different crime. Where minors are concerned, bishops should simply be included under the provisions that exist for other clergy under the Dallas Charter, the centerpiece of which is zero tolerance.

Abuse of office is already a delict under the terms of Canon 1389:

Can. 1389 §1 A person who abuses ecclesiastical power or an office, is to be punished according to the gravity of the act or the omission, not excluding by deprivation of the office, unless a penalty for that abuse is already established by law or precept.

The U.S. bishops should take the lead in crafting protocols for how this generic law is to be applied to the specific crime of sexually abusing a subordinate and processes for how it is enforced. Clearly, the process must exist outside of the jurisdiction of the diocese and will be some variation on the current practice of sending an apostolic visitator to conduct an investigation. The apostolic visitation teams must be trained to ask the right questions and to discern the behavior patterns that point to a problem (or to innocence). They must be independent and have the resources to conduct the investigation. The U.S. bishops should consult with the Holy See about the possibility of establishing an office in Rome that can conduct these visitations.

Indeed, it is time for Rome to consider establishing a separate dicastery that deals with all matters related to sexual abuse in the church. It could deal with individual cases of abuse currently handled by the Congregation for the Doctrine of the Faith as well as these new cases of abuse of power, and oversee the the Pontifical Commission for the Protection of Minors and its work disseminating best practices to and education of bishops’ conferences worldwide. This new dicastery could house the investigatory apparatus the need for which the McCarrick scandal exposes: Even when no specific allegation is made, if there is so much smoke you can choke on it, someone must be empowered to find the source of that smoke.

This leads to the second change that must happen, and which institutional changes will make more likely: A further conversion of the clerical culture. We have, mostly, achieved this already in regard to the protection of minors. If, before 2002, a priest or a bishop observed worrisome behavior by a priest, they might look the other way. Now, the culture encourages them to confront the issue, to say something, to the priest himself or to the appropriate diocesan authority. Indeed, it is a crime not to report any known instance of sex abuse of a minor in many jurisdictions.

I stand by my previous concern that we not allow rumors to jump the fence and claim to be "known" without something more than secondhand reports. There is a reason, in a court of law, testimony can be excluded if it is hearsay. But, looking at the McCarrick case, it is clear that some bishops, especially those in Rome charged with assessing candidates for episcopal appointments, chose to look away from the McCarrick smoke instead of pursuing it to its source.

The hierarchic culture must change: Circling the wagons must give way to fraternal correction and mutual accountability of the kind required by the Dallas Charter and envisioned by Lumen Gentium. I am reasonably certain that when the archives open for, say, the past 50 years, we will find out that there have been several apostolic visitations, commenced because someone did not look the other way, which led to a bishop’s early retirement. That procedure should no longer suffice. Transparency is a part of accountability and requires that the people of God know why their bishop is removed and it is even more important that other bishops know. That is how cultures change.

Read this next: How clergy abuse survivors have changed history

The third and final conversion must be spiritual. Again, we can compare the need today with the pre-2002 manner in which the abuse of children was viewed spiritually. Back then, sexually abusing a child was viewed as a personal sin, a very bad sexual sin, and it was understood you must go to confession and seek forgiveness for that sin. That is true. But, it also left out the key issue of the justice due to the victim of child sex abuse. Just so, it was an incomplete spirituality. It also shortchanged our Catholic understanding of confession as the sacrament where you are not only forgiven individually, but reinstated in full membership in the church. Sin harms the individual but it also harms the whole Body of Christ, and no sin more than the sexual abuse of a child or a subordinate. This is why the bishops must respond to this scandal in sacramental ways and with sacramental understandings, not merely with procedural and legal changes.

Art historians tell us that one of the last two paintings of  the Italian artist Caravaggio (1571-1610) was his "The Martyrdom of Saint Ursula." Painted after an attack in a tavern from which he never fully recovered. The brushstrokes are uncharacteristically broad. The other of his last two paintings was the "The Denial of St. Peter." We may be shocked to learn that some of our bishops, successors of the apostles, did unspeakable things but the Lord Jesus is not surprised. We may find it challenging to forgive, but he does not. We must work at converting the culture and refreshing and redirecting our spirituality, with clear and clean moral and human brushstrokes, but Jesus from the cross foresaw all that we are currently enduring. Jesus' martyrdom on the cross is prefigured by Peter's denial in the courtyard. Were the wounds of the flesh more painful to the Lord than the wound of betrayal by Peter? Caravaggio's last two paintings take different episodes of a single theme.

When the news broke that McCarrick had resigned his cardinalate, we could see for the first time in weeks the dawn of grace. In June, when the first allegation was leveled, McCarrick asserted his innocence. His denial was still governing his actions. But, his decision to resign as a cardinal shows, we hope, that he has begun to admit what he actually did and accept responsibility for it. We must pray for him, that as he confronts his own sins, so long denied, the discouragement that inevitably accompanies such moral inventories will be overtaken each day, each hour, by confidence in Christ's promise of mercy.

But first, and in justice as well as in mercy, we must pray for the victims, whose lives have been so scarred, that they receive just compensation for the crimes perpetrated against them and that they, too, may find hope in the risen lord and in his church. That church, our church, was founded on a rock, a rock that denied he even knew Jesus when it counted. It is in the shadow of the cross, and only there, that the Catholic faith is born anew because in the shadow of the cross, and all the human suffering and wickedness it bears, there is a tomb and the tomb is empty.