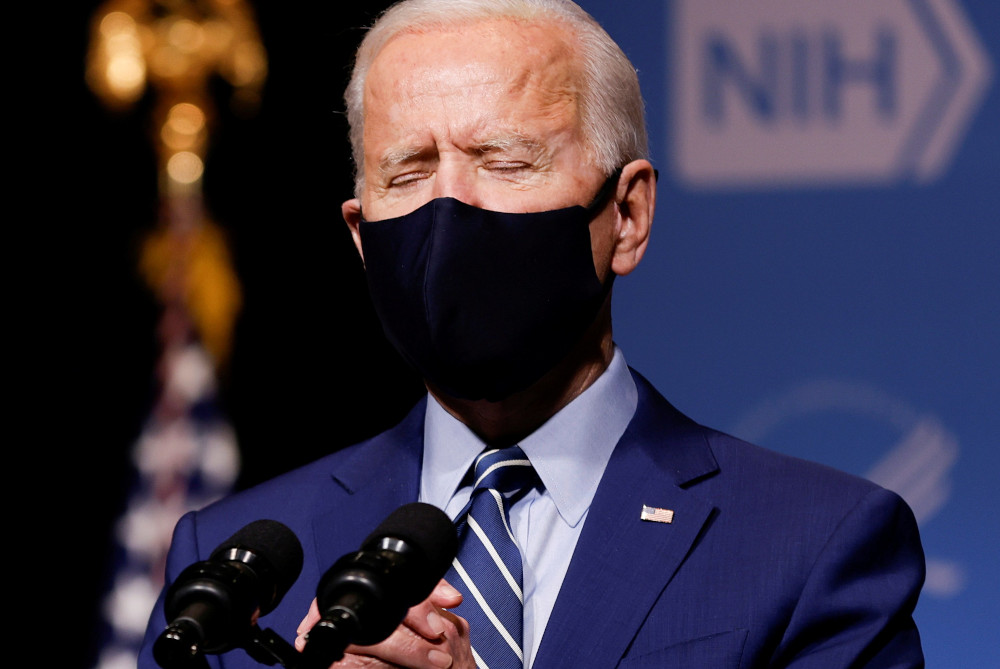 While the U.S. bishops' conference was making the decision to stand down, President Joe Biden was deciding to stand up.

While the bishops' conference was abandoning its combative stance toward the Biden administration, Biden was deciding to reestablish the Office of Faith-based and Neighborhood Partnerships. The office was first created by President George W. Bush but allowed to lapse on President Donald Trump's watch. The decision to reestablish it evidences a respect for religious organizations and their role in civil society, per se, a sharp departure from the purely transactional relationship with religion that characterized the Trump White House.

During the transition, there was talk of not restoring the office, or at least not giving it a seat at the Domestic Policy Council. There are plenty of powerful interest groups in the Democratic Party that view religious organizations, especially the Catholic Church, with deep hostility. A group of religious leaders penned an open letter to the incoming president, urging him to reestablish the office. And he did so.

What is more, Biden's decision to appoint Melissa Rogers, a strict separationist Baptist, to the post is probably the best possible outcome for Catholic interests. She and E.J. Dionne Jr. published a report for the Brookings Institution last autumn that focused on both the possibilities and the challenges facing the country and the culture that a faith-based office would help address.

The report also surveyed the treacherous ground of religious liberty fights, and it was exceedingly balanced. For example, it quoted University of St. Thomas School of Law professor Tom Berg's brilliant observation regarding the distortion that has been perpetrated around First Amendment jurisprudence in recent years: "Religious liberty has become an extra engine of polarization when it should be a remedy for polarization."

The report acknowledged that a principal area of conflict has emerged with growing societal and legal acceptance of LGBT rights, even while some religious groups do not endorse same-sex marriage and the rights that accrue to it. When Rogers and Dionne held a press call about their report, I asked about what threats they perceived in a Democratic administration, and Dionne acknowledged that "there is a temptation on the secular side to refuse agreements even if no one's rights are overburdened." Overcoming these tensions will be a difficult task and Rogers will have her work cut out for her.

Not everyone was pleased with her appointment. Bill Donohue, the professional blowhard who runs the Catholic League, criticized the selection of Rogers to lead the office. He said the president "could not have chosen a more seasoned secularist to steer these faith-based entities." He notes that in both 2010 and 2011, he called for the closing of the Faith-based Office because it was "secularizing" religious organizations, failing to note that Rogers was not the director of the office in either of those years.

The bigger problem, of course, is that Donohue doesn't recognize that separation of church and state is a two-way street. He approaches these issues in the "heads I win, tails you lose" manner that characterizes other religious liberty zealots. And so he misses the unique opportunity Rogers' appointment presents to the Catholic Church in this country.

Obviously, as Catholics, we do not share the strict separationism of the Baptist tradition, first articulated by Roger Williams, the founder of Rhode Island. That does not prevent us from appreciating what that separationist tradition has achieved in the U.S., its obvious areas of overlap with the Catholic tradition and, most especially, why at this moment in history, it really is — you will pardon the expression — a godsend to the Catholic Church. 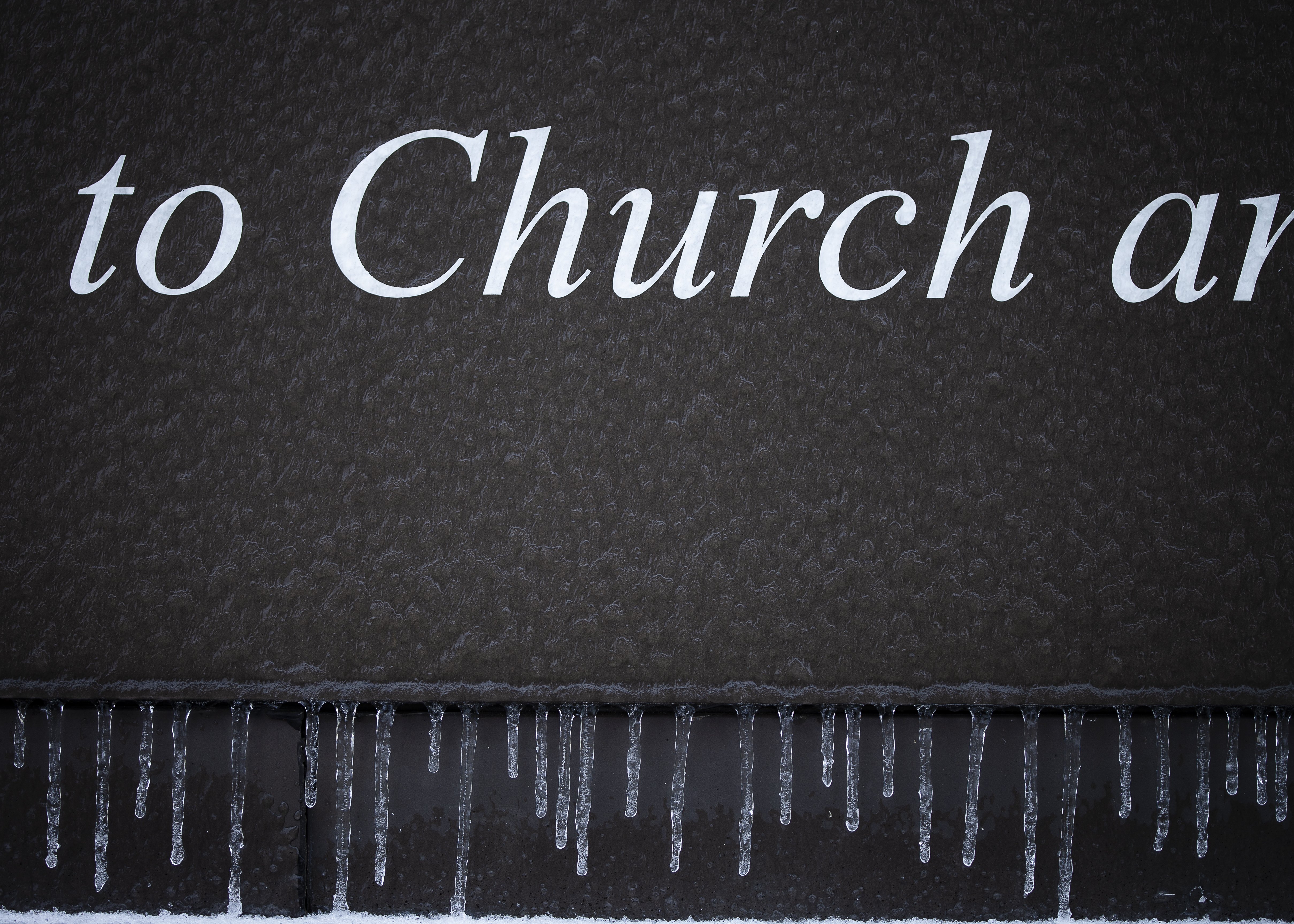 Sleet covers a sign Feb. 14 near the Basilica of the National Shrine of the Immaculate Conception in Washington the same day President Joe Biden signed an executive order reestablishing the White House Office of Faith-Based and Neighborhood Partnerships. (CNS/Tyler Orsburn)

Williams' most famous essay, published in 1644, was called The Bloudy Tenent of Persecution for Cause of Conscience. The book took the form of a debate between Truth and Peace. His arguments anticipated by 300 years the formulation for defending the First Amendment advanced by Jesuit Fr. John Courtney Murray, when he said the articles of that amendment were "articles of peace, not articles of faith."

In his book, Liberty of Conscience: Roger Williams in America, the great historian of American religion, Edwin Gaustad, writes about Williams' debate with John Cotton, epitomized by the name of his town, Salem:

Christian liberty, Salem argued, is not a liberty to disobey civil authority, but only a liberty "from enthrallment and bondage to sin." True, Williams agreed, but the civil authority has no "commission from Christ Jesus" to declare what is a true church or a false one, what a true ministry or a false one. Only the church can make such judgments, and only the church may punish (never by the sword) the spiritual offender. And if the church is so misguided as to surrender to the magistrate its own authority over the spiritual, then the church must claim that only Christians of their own particular order can be magistrates.

Donohue and his ilk stand in a long line of putative theocrats who look to the political realm to come to their aid and ratify their ecclesiastical prejudices.

Many 17th century religious conservatives considered Williams' views dangerous. His book was burned. It was axiomatic in 17th century thought that a commonwealth could not tolerate religious diversity, that the unifying effect of a common religion was part of what made a nation whole. Williams' ideas were the stuff of anarchy. In fact, Williams had great respect for civil authority, he simply denied it had any right to exercise jurisdiction in the spiritual realm. He expected the civil authority to respect the independence of the church as well. Most of all, he had a horror at the idea of compelling conscience to act against its own dictates. He called the practice "soul rape."

Melissa Rogers comes from that tradition, and at a time when there are putative theocrats on the right and equality activists on the left, both willing to toss First Amendment jurisprudence overboard, Williams is looking better all the time. The U.S. bishops need to ignore Donohue and the culture warriors in their midst. They should recognize that now is the time to lower the temperature in the culture wars and make some accommodations with the zeitgeist.

Biden is not looking for a fight with the bishops of his church. Neither is Rogers. They respect religion, and respect is precisely the quality of heart and mind that the culture wars banish in their zeal.

The Catholic Church in this country has flourished under the constitutional regime we have, and it can do so now, but only if it demonstrates respect for civil authority and for people who disagree with it. Similarly, we should recognize in Biden and Rogers people who respect belief and believers. Boston College professor Cathleen Kaveny spoke to this deeper understanding of the value of religious liberty at a Boisi Center webinar last year:

Our faith isn't a political party, it's something that informs all aspects of our lives. And part of what we need to do, though, is also ask ourselves, given the polity that we live in, which is religiously pluralistic and morally pluralistic, what do we owe people who believe differently than we do?

The bishops can seize this moment and embrace a more nuanced, and frankly more theologically sophisticated understanding of religious liberty, or they can pick fights with the president, straining our supple theology to cohere with an intransigent political agenda. If they choose well, they will be free to pursue their ministry in this great free country of ours. If they don't, they will have no one but themselves to blame when they reap the religious liberty whirlwind.