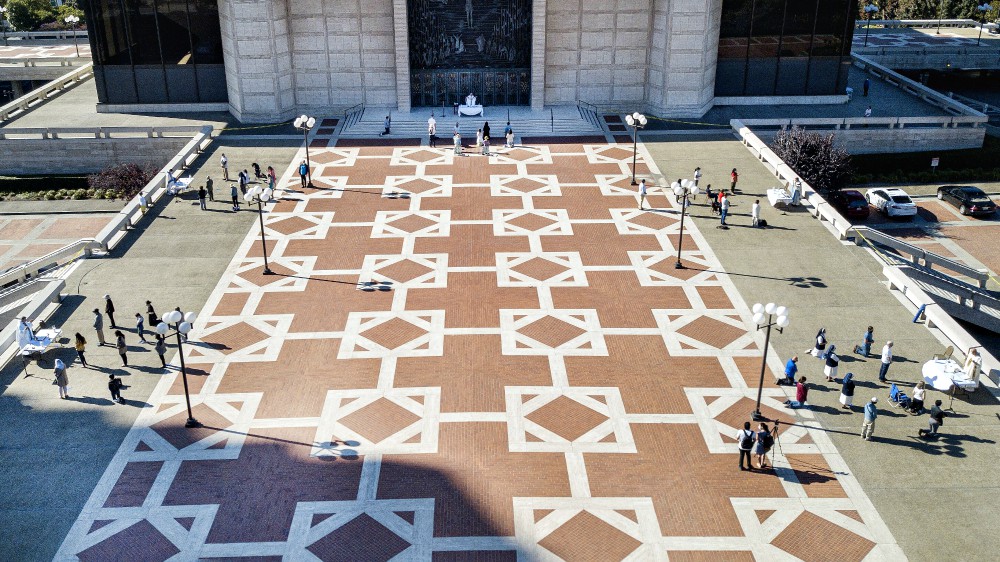 On Friday, I discussed the desperate efforts by the Trump reelection campaign and its auxiliaries to seek more votes from the pews of Christian churches, and whether such efforts might be successful.

The column was stalked by a depressing question: What does it say about the state of Christianity in America that such a campaign with plenty of polling and focus groups has reached such a conclusion? For us, the question is more specific: What does this say about the Catholic Church?

That same question came up during a webinar in which I participated last week, though it was posed differently: Why is it that poll after poll demonstrates that Catholics and other Christians who attend church more frequently are more likely to be conservative and Republican? Are "the devout" more inclined to support Donald Trump and, if so, what exactly are they devoted to?

These are complicated questions, to be sure, and I need not republish all the evidence I assembled for my 2008 book Left at the Altar: How the Democrats Lost the Catholics and How the Catholics Can Save the Democrats, nor the arguments drawn from that evidence. Certainly, the political left and Democratic Party have done their bit in the past five decades to make Catholics ripe for picking by a populist like Trump. 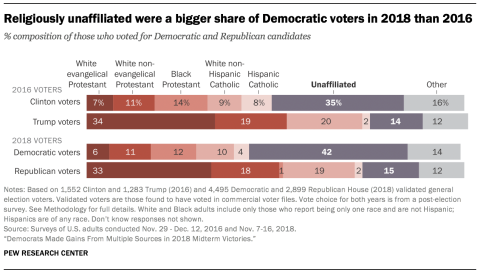 The principal cause of ever-increasing white Catholic affiliation with the GOP is the fact that the postwar affluence of white Catholics has both attenuated the cultural significance of their religious beliefs and enmeshed them in the uniquely American conflation of capitalism with Christianity.

It is a grim irony that affluent, college-educated Catholics are less likely to embrace Trumpism than non-college, working-class white Catholics who embraced the proto-Trumps Pat Buchanan and Ross Perot. Perhaps the power of the capitalist dream to live well in the future is more powerful at election time than the reality of it is to those already affluent.

And, to be sure, white working-class voters have been largely ignored by policy makers in both parties: Think back to the Democratic primary debates and all the chatter about eliminating college loans, and the dearth of discussion about helping those young people who do not go to college.

In the postwar era, white Catholics bought into various ideological markers of American Protestant Christianity: the commitment to rugged individualism; the reduction of religion to ethics in the public square; the political providentialism that sees America as uniquely graced among nations; the self-understanding of American Christians as heralds of individual liberty; the suspicion of government as a putative tyrannical force, especially when used to regulate industry, redistribute wealth, address the lasting vestiges of racism or defend nonconservative values.

It is almost impossible to ignore the significance of the adjective "white" in the preceding paragraphs. In the summer of 1966, the Rev. Dr. Martin Luther King Jr. came to Chicago to march for fair housing. He was met with angry mobs and people throwing bricks. "I have never seen, even in Mississippi and Alabama, mobs as hateful as I've seen here in Chicago," King said that day. "Yes, it's definitely a closed society. We're going to make it an open society."

Needless to say, some, perhaps many, in that suburban Chicago mob of racists hurling slurs and bricks at King were Roman Catholics. The postwar flight to the suburbs in which white ethnic Catholics participated was about race as much as about affluence, and the segregation by zip code in the North has been as resistant to change as was segregation Jim Crow-era laws in the South.

Trumpism should be offensive to Catholics for new reasons also, most especially his disregard for democratic norms embraced by the church at Vatican II and his serial duplicity. Yet he and his team are convinced that his path to victory runs through Christian sanctuaries.

In recent years, the church's most fervent witness in the public square has been reduced to the issues of abortion and religious liberty. Even though polls indicate that few Americans list abortion as the most important issue in deciding for whom to vote, it has acquired a totemic quality, especially as gay rights issues have receded due to Supreme Court victories. Voters think if you know where a politician stands on abortion, you know a lot else about that person. Regrettably, this message is reinforced by the special interest groups on both sides of the issue who need to peddle extreme versions of the stakes in order to drive their fundraising appeals and pay their salaries.

During the Republican National Convention, it was surprising how frequently various speakers mentioned the importance of religious liberty, and Democrats are fools when they dismiss the issue or put it in scare quotes. It is also the case, however, that the U.S. bishops' conference has overplayed its hand on the issue and been willing to distort church teaching in the process.

For example, the accommodation the Obama administration offered to religious institutions on the contraception mandate was perfectly acceptable from the standpoint of cooperation with evil, no matter how often a Little Sister of the Poor says otherwise. What is more, the church's prohibition against artificial contraception is not, in any way, a "core belief" of our faith. True, the Catholic position on contraception has become a key identifier in our culture because it is so different, even from the moral position taken by Protestants.

The religious liberty issue has come to serve a different purpose for today's GOP and for a type of conservative Catholic: It helps keep us turned inward. Religious liberty zealots almost never ask what they owe to people who believe differently, as Professor Cathleen Kaveny pointed out in last week's webinar. It is almost always about me and mine, and has acquired a kind of "Heads, I win; tails, you lose" quality to it.

Having failed to persuade either a majority of the Supreme Court or a majority of their fellow Americans that same-sex marriage is an abomination, conservative Catholics now want to create a subculture where they can behave toward gay people in ways that the rest of our society have concluded is unjustly prejudicial.

In short, if you want people to feel besieged, hoping that in their fear they will seek the protection of a strongman, religious liberty can fit the bill, even if that entails facilitating authoritarianism. Look at the accolades conservative Catholics shower upon Attorney General William Barr, a man whose moral compass is quite at odds with, say, the vision of engaged, public Catholicism put forward by Pope Francis.

Look back at the quote above from King when he encountered the bigotry of the Northern suburbs in 1966. "Yes, it's definitely a closed society. We're going to make it an open society." He recognized one of the key qualities of the Catholic subculture at the time: It was closed in on itself.

A "closed society" is more or less the vision that animates today's conservative Catholic commentariat, from Rod Dreher's "Benedict option" to the litigants in the Hobby Lobby case to the rantings found at LifeSiteNews and Church Militant. Conservative Catholicism embodies precisely the religious and political sectarianism that is the opposite of Catholicism.

No one should be surprised that Trump and his campaign look at Catholic conservatives and see fertile territory. Reflecting on that fact should keep the U.S. bishops up at night.