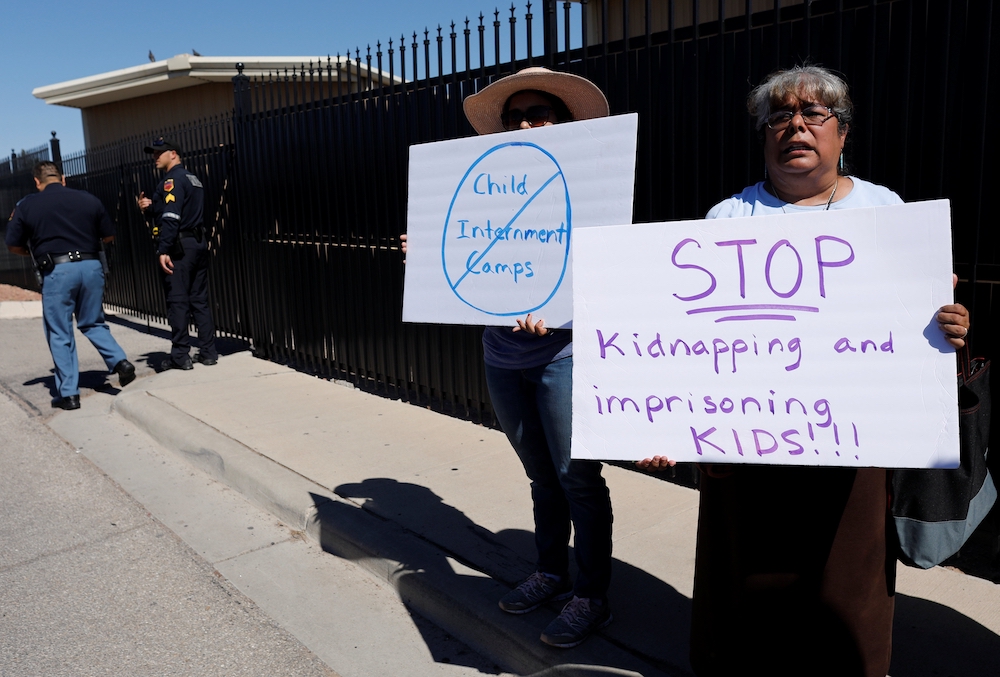 On Jan. 6, when an armed riot incited by then-President Donald Trump broke into the U.S. Capitol, threatened the safety of the country's legislators and caused the deaths of at least five people, Los Angeles Archbishop José Gomez, the president of the U.S. Catholic bishops' conference, issued a 124-word statement.

The statement did not name Trump, did not condemn the white supremacy that obviously animated many of the protesters or Trump's despicable election disinformation campaign, and did not go beyond the level of platitude.

On Jan. 20, when the nation inaugurated Joseph Biden as the 46th president, the same Gomez issued a 1,250-word statement. After dispensing with congratulatory remarks, it promised there will be areas of "strong opposition" from the bishops toward the Biden administration. It then identified at least six issues of disagreement, expounding on them at length.

If the intention was to somehow shame the country's second Catholic president for his political positions, it is perhaps a consolation that the shaming didn't quite hit the intended target. Instead, thanks to an unprecedented public rebuke by Chicago Cardinal Blase Cupich, Gomez was outed as bypassing normal conference procedures and not having given other prelates time to review his message to Biden.

"Ill-considered," Cupich called Gomez's statement. A fit summary for the entire misbegotten operation of the U.S. bishops' conference. It's time for Pope Francis to order an apostolic visitation to investigate what has gone wrong with an organization that began during World War I as a model of cooperation and national audacity and is now a symbol of division and national embarrassment.

The four years of the Trump administration revealed much about many people. About the U.S. bishops' conference, they revealed a group unable to represent the full range of Catholic teaching and unfit to act in the name of American Catholics.

While the conference's various committees also issued statements critiquing Trump over the death penalty and some other issues, none of those had the reach of the "pro-life" stamp of approval. And the criticisms invariably did not mention Trump by name, only making oblique  references to "the administration." 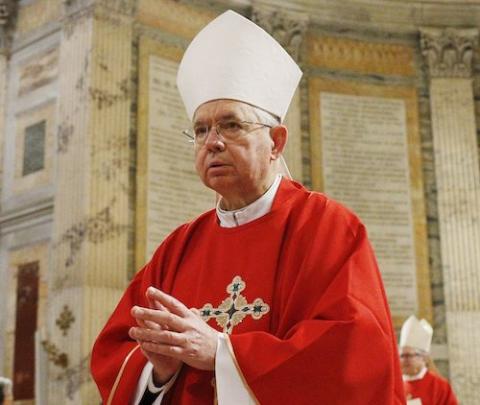 Archbishop José Gomez of Los Angeles, president of the U.S. Conference of Catholic Bishops, at the Basilica of St. Paul Outside the Walls in Rome Jan. 31, 2020 (CNS/Paul Haring)

Meanwhile, it took the bishops four days to say anything about the gruesome May 25 police murder of George Floyd, and then only committee chairmen spoke. Gomez waited a further two days.

Worse even, Gomez and other conference officials took part in an April conference call with Trump where the (former) liar-in-chief called himself the "best [president] in the history of the Catholic Church." Among those also on the phone was New York Cardinal Timothy Dolan — the same Dolan who in 2010 trampled over long precedent and accepted the conference's presidency over its vice president, the now retired Bishop Gerald Kicanas of Tucson, Arizona.

It wasn't that long ago that two Vatican offices decided to launch separate and lengthy investigations of Catholic sisters in the U.S. Although NCR was probably the media outlet that covered those inquiries closest, even we are still not really sure what they were about.

Apparently, the Leadership Conference of Women Religious required the 2012 appointment of a bishop overseer to ensure it conformed more closely to "the teachings and discipline of the Church." And individual communities of sisters needed to undergo visits by Vatican investigators beginning in 2009 because of a fear of infiltration by "a certain secular mentality."

Infiltration by a "certain secular mentality." An apt description for a bishops' conference that couldn't help but repeatedly praise the most deranged and destructive president in history. Francis should fully investigate the organization, find where it has gone wrong, and put in place substantial changes so that it can begin to speak again for all American Catholics.

If the conference leadership finds itself struggling with how best to welcome the visitation, perhaps they can ask a few sisters for advice.

A version of this story appeared in the Feb 5-18, 2021 print issue under the headline: It's time for the Vatican to investigate the US bishops' conference.