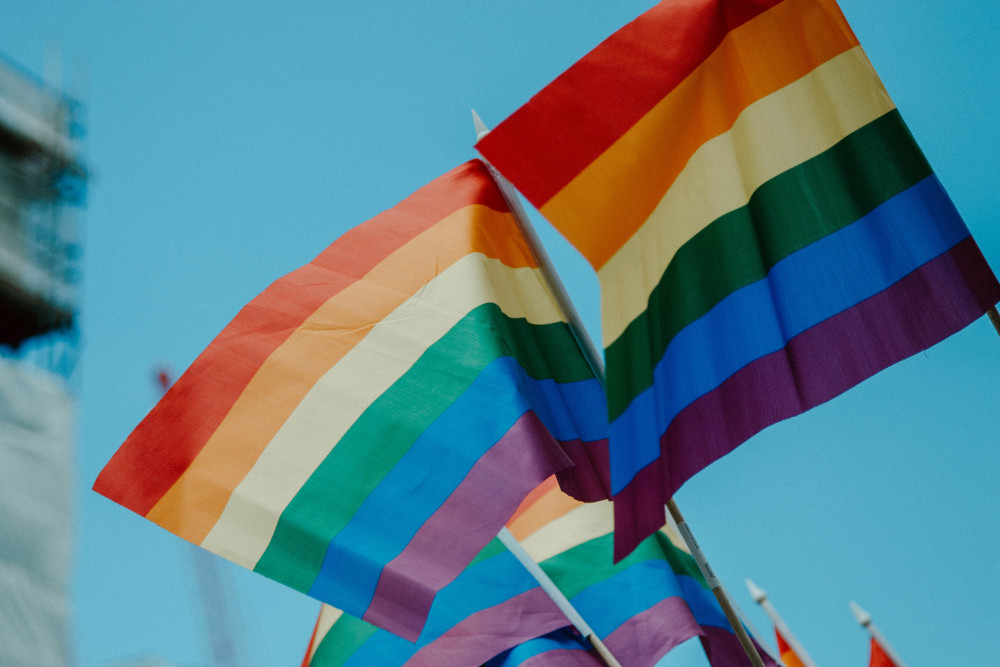 In an historic day for LGBT rights, the Supreme Court of the United States has ruled 6-3 that the term "sex" in the 1964 Civil Rights Act prohibits an employer from firing LGBT employees because of their sexual orientation or gender identity.

In the majority opinion, Justice Neil Gorsuch writes: "An employer who fires an individual for being homosexual or transgender fires that person for traits or actions it would not have questioned in members of a different sex. Sex plays a necessary and undisguisable role in the decision, exactly what Title VII forbids." The ruling is, as NCR columnist Michael Sean Winters points out, "common sense."

That common sense assessment was lacking in the immediate response to the ruling by the president of the United States Conference of Catholic Bishops, Archbishop José Gomez. Every person, he declared, "is made in the image and likeness of God and, without exception, must be treated with dignity, compassion, and respect," but "protecting our neighbors from unjust discrimination does not require redefining human nature." If we follow this legislation, he added, we "ignore the glory of God's creation and harm the human family." 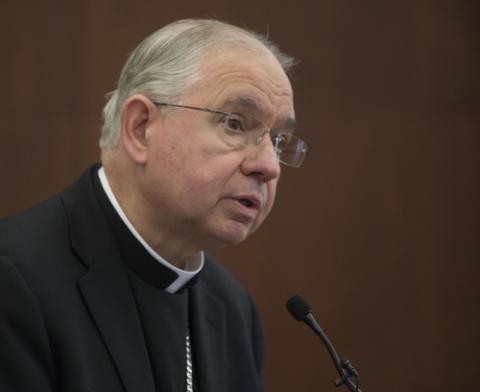 In their letter to Congress opposing non-discrimination legislation, the bishops asserted that such legislation would be "to the detriment of society as a whole." First, they claim that there is no widespread discrimination against LGBT persons (what world do they live in?) but that today they "are often held in high regard in the market, as well as the academy, local governments, and media. Some studies suggest that people who identify as homosexual earn higher incomes than the national average." Second, they claim that such legislation would undo the legal protections in Title IX for women and girls by allowing men transgendered as women to compete for athletic scholarships. "When opportunities for taking unfair advantage of a system exist," they argue. "there will unfortunately be people who do so. Laws should function to curtail such behavior, not ignore it."

The first claim about the widespread support of LGBT persons flies in the face of the manifest American cultural sin of homophobia, that leads to the rejection of LGBT persons and discrimination and violence against them, especially transgender people, more than half of whom are women of color, which the American Medical Association has declared an "epidemic." American homophobia allies with American racism. The data indicate that, far from being a negligible issue, discrimination and violence against LGBT persons remains a social issue demanding legislation to protect them.

The second claim about people who take advantage of the system because laws are not in place to prevent them is applied only to transgender athletes. There is no mention of Catholic bishops, landlords, bankers, employers and educational institutions who discriminate against LGBT persons when non-discrimination laws are not in place to protect against it. The U.S. bishops' failure to understand social sin and its impact on perspectives on race, sex and gender contributes to attitudes and actions that directly or indirectly perpetuate the social sins of homophobia, violence and discrimination against members of the LGBT community.

Gomez and the U.S. bishops' conference continues to assert the fundamental human dignity of all human beings while maintaining that there can be not "unjust discrimination" against LGBT persons. Not "unjust discrimination" is an oxymoron. Catholic social teaching is clear: discrimination on the basis of sex or gender is always unjust and immoral. The Catechism of the Catholic Church clearly states that "the equality of men [and women] rests essentially on their dignity as persons and the rights that flow from it: 'Every form of social or cultural discrimination in fundamental personal rights on the grounds of sex, race, color, social conditions, language, or religion must be curbed and eradicated as incompatible with God's design'."

Gomez asserts that in its ruling, SCOTUS "has effectively redefined the legal meaning of 'sex' in our nation's civil rights law." In that assertion, he is conflating biological sex, sexual orientation and gender identity and espousing an anthropology rooted in a biological male-female sexual binary. We have a fourfold response to this biologically-based anthropology.

First, the reality of intersex persons, who have ambiguous hormonal and genital structures that prevents their identification as either clearly male or female, fundamentally challenges the sexual binary that is at the root of Catholic teaching on sexual orientation and sexual ethics. Second, there is a clear tension in Catholic language about homosexuality. The catechism calls for "respect, compassion and sensitivity" towards homosexuals, yet Catholic teaching continues to describe homosexuality as objectively disordered, language that demonstrably leads to discrimination and violence against gays and lesbians.

Basing himself on neuroscientific and genetic studies, Jacques Balthazart, in his book, The Biology of Homosexuality, asserts that "sexual orientation is probably under the control of embryonic endocrine/genetic phenomena in which there is little room for individual choice." This hypothesis has been substantiated by scientists employing different methodologies. Simon LeVay's extensive research on the origins of homosexual orientation begins with sexual orientation in humans and supports these specific observations in humans with animal studies. Balthazart's research comes from the other direction, beginning with sexual orientation in animals and then seeing how these studies apply to humans. Both scholars reach the same conclusion: "homosexuality in humans is to a very large extent, if not exclusively, determined by biological factors acting prenatally or soon after birth and that the social or educational environment plays at best a subsidiary role in this determinism." Based on such studies, James Allison challenges the claim that a homosexual orientation is objectively disordered. "There is no longer any reputable scientific evidence of any sort: psychological, biological, genetic, medical, neurological — to back up the claim."

Fourth, Catholic teaching that homosexual acts are "intrinsically disordered" and can never be morally justified and that the Supreme Court's ruling will promote immoral sexual behavior that fundamentally threatens the family and common good are assertions without theological or ethical proof. The historical experience of mutually free, just and loving same-sex relationships and the theological sense of faith of the majority of Catholics who support same-sex marriage both fundamentally challenge this teaching.

Catholic teaching that homosexual acts are "intrinsically disordered" and can never be morally justified and that the Supreme Court's ruling will promote immoral sexual behavior that fundamentally threatens the family and common good are assertions without theological or ethical proof.

The U.S. bishops' letter to Congress against the non-discrimination legislation claimed that it would threaten charitable organizations by forcing them either to violate their moral principles or to shut down. One example of a violation of principle it offers is that the legislation would require foster care or adoption agencies to allow same-sex partners to foster or adopt. Such permission to same-sex partners would damage "children's best interests."

In a footnote to the letter, the U.S. bishops' conference claims that "Children raised by a married mother and father are statistically more likely to have positive social, economic, and health outcomes than those raised by same-sex couples." It references three studies to support this claim, but these studies contradict the vast majority of scientific studies on same-sex parenting and adoption and the strict guidelines of established American institutions for the protection of children.

What may be the next Supreme Court case regarding discrimination against LGBT persons is whether or not Catholic institutions can continue to fire people simply because they are gay, lesbian, transgender or in same-sex marriages. The U.S. bishops' opposition to legislation prohibiting discrimination based on sexual orientation and gender identity is both scientifically and theologically flawed and violates human dignity and the truth of God's unconditional love for all people. It is driving young people away from the church, doing serious economic, psychological, emotional and spiritual damage to LGBT persons, and legitimating hate speech and violence against them.

The Supreme Court ruling invites the U.S. bishops' conference to consider how its teaching of not "unjust discrimination" based on homosexual orientation and gender identity is compatible with Catholic teaching on human dignity and the common good. We believe the answer to that question is abundantly clear.