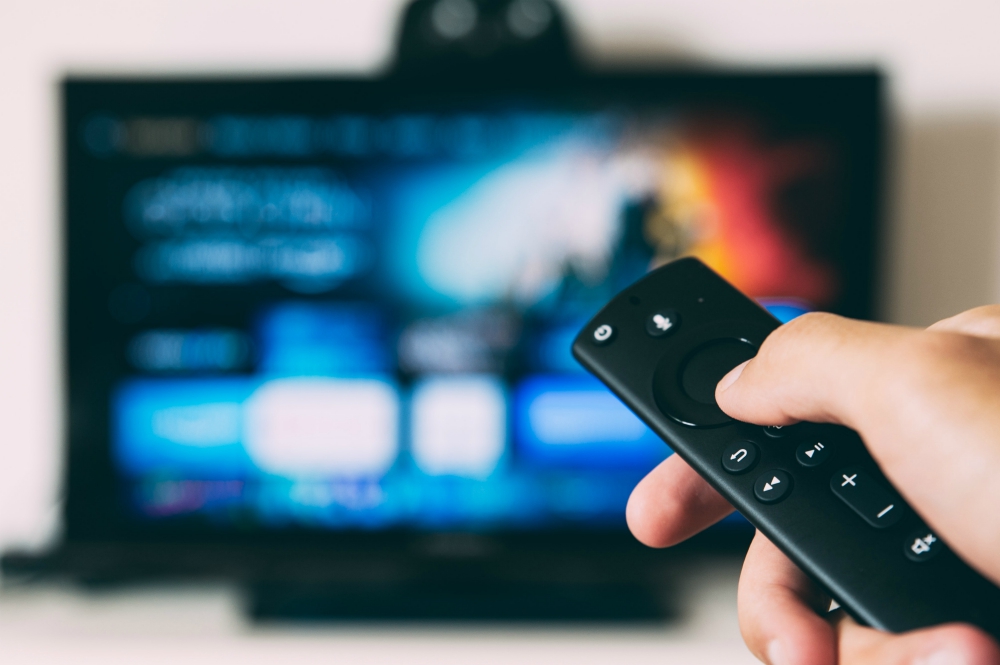 There is nothing like being unexpectedly homebound, as the coronavirus has done to us all.

Even if you are working remotely, the days may be shorter because others are in a working-from-home situation, too. Bored children of different ages may clamor for attention and doing something together that doesn't entail little pieces and accusations of cheating may be just the ticket to a varied and multiple intelligence approach to making this time a positive experience.

As NCR's film critic, I have created a list of edifying films we can watch together as grownups, families with children, or solo. Reluctant homeschoolers may find this helpful as part of their "curriculum." If you live alone, you might consider making a home cinema divina retreat in these days, seeing and reflecting on a film and the day's Scripture reading. With so much access to technology these days, we can benefit spiritually and as members of the human family from watching stories on the screen.

This list is sourced from my Facebook friends and my own list of favorite films that edify, inspire and sometimes challenge. They include my brief comments parenthetically. Most are available on Netflix, Hulu, Amazon Prime and other streaming services, including libraries, although some may need to be rented.

"A Lion in Winter" (Unforgettable character study of a flawed hero)

The Lord of the Rings trilogy (Extended editions!)

Some questions to guide talking about movies with kids (feel free to adapt):

"Midnight in Paris" (Oh, how literary)

"Green Book" (Based on a true story of a Catholic layman, it's U.S. history as you've never seen it)

"The Searchers" (John Ford's classic that confronts manifest destiny, ritual, racism, misogyny in the post-Civil War era; it came out two years after Brown v. the Board of Education, a fact that enhances the film's stature in the AFI's top film list.)

"The Help" (A young white woman writes with black maids about their experiences in 1960s Jackson, Mississippi)

"Medicine Man" (What if the cure for cancer and other diseases lies in the canopy covering the ever-diminishing Amazon rainforest? Sean Connery thinks so.)

"Running on Empty" (See with teens, my friend said.)

"The Mission" (Arguably the best movie about Catholicism ever made with the best score, too)

"Of Gods and Men" (My No. 1 favorite film of all time, for the moment. A community of Trappist monks discerns whether to stay or go in war-torn Algeria in the 1990s.)

"The Song of Bernadette" (No, it's not sentimental; it played a major factor in my entering the convent, along with "The Trouble with Angels," and they should be seen together for full effect.)

"A Man for All Seasons" (The film about St. Thomas More with Paul Scofield, or the Charlton Heston TV version — the actual play by Robert Bolt — if you can find it.)

"Noble" (Based on the life of Christina Noble, who rises from a harsh childhood in Ireland to make the world a better place)

"Diary of a Country Priest" and "First Reformed" (These edifying films about the inner life of a Catholic priest and a Protestant pastor respectively, decades apart by two great filmmakers, could be seen together; what conversations will be had!)

"The Keys of the Kingdom" (A missionary priest in China before World War II, based on a novel by Scots Catholic novelist A.J. Cronin; may this be an introduction to his works.)

"The Bells of St. Mary's" (If you get the 75th anniversary commemorative Blu-ray, I have a commentary track on it; find out how those nuns were subversive!)

"The Exorcist" (This could be a horror film, but noted film critic Pauline Kale called it the best advertisement ever for the Catholic Church.)

"The Way" (Take a stroll on the Camino de Santiago with Martin Sheen and your life can change.)

"Where'd You Go, Bernadette?" (A woman's journey and a total surprise of a movie)

"The Princess Bride" (It has everything: love, nobility, "As you wish," vengeance, R.O.U.S.es, and loose change.)

"Groundhog Day" (You know it's true; if you don't learn the first time you get to do it over and over and over) 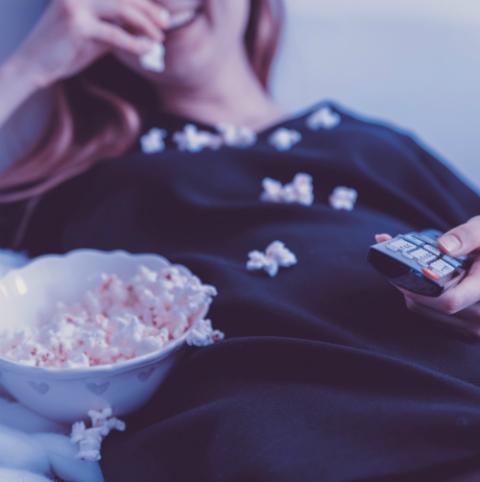 "Knives Out" (A young immigrant woman gets involved in a classic murder mystery of manners in a mansion.)

"Clueless" (This very funny film is Emma for the 20th century and this year is its 25th anniversary; a new version of "Emma" is in theaters now but you can't go yet.)

"Yours, Mine and Ours" (Based on a true story; see the original with Lucille Ball if you can)

"Crazy Rich Asians" (All our Asian nuns loved it, so just enjoy a mother learning to let go of her elegant death-grip on her precious son.)

"Ferris Bueller's Day Off "(Most appropriate, I think)

"Singin' in the Rain" (Do you know what Debbie Reynolds had to go through for this role?)

"The Sound of Music" (I now watch it only for the Ländler folk dance but do you know how many nuns were inspired to enter religious life by this film? Lots.)

"The Greatest Showman" (Forget the critics; I loved this film where Barnum finally chooses community and family over self.)

"Bohemian Rhapsody" (Talent beyond all telling) 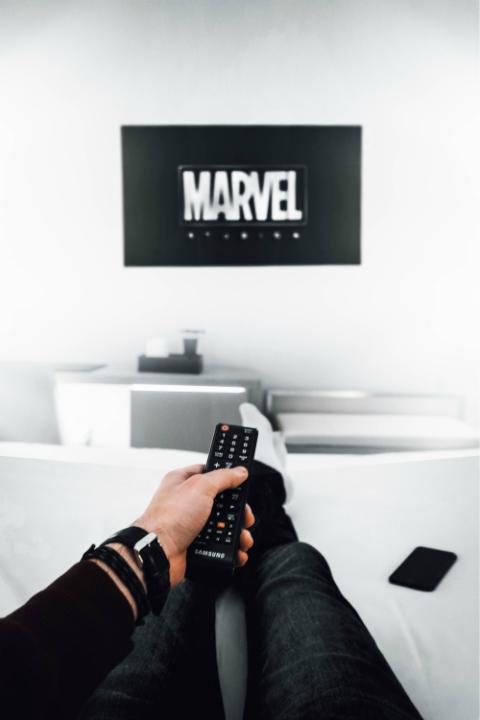 "Black Panther" (It's really about the women, and don't argue with me.)

"Ant-Man" (About a repentant anti-superhero and my favorite)

The Dark Knight trilogy (Batman directed by Christopher Nolan; watch for the images hanging on the walls of Bruce Wayne's study then ask yourself, "Why?")

"Arrival" (It's all about communication)

The Matrix trilogy (The first one especially; philosophy is exciting!)

"Children of Men" (In a post-apocalyptic world, hope is born.)

"Gravity" (One of my all-time favorites, where West meets East and heaven meets earth)

"Another Earth" (In an act of reparation and restitution, a young woman gives up her place on a parallel earth; another favorite of mine.)

"Robot & Frank" (When his dad is diagnosed with Alzheimer's, a son buys him a robot to keep him company and watch over him and then something changes.)

"Get Out" (Learn what it feels like to be African American in the USA.)

"It" (Empathy and justice for suffering children)

"The Manchurian Candidate" (I'd go with the Frank Sinatra version.)

"The Birds" (An interesting psychological thriller and commentary on the environment)

"Bird Box" (Write a critique and be sure to describe what it's about.)

"Frozen" and "Frozen 2" (No words necessary, except let it go and just let them watch these stories about two sisters who love each other.)

"Coco" (Always the right time to learn about Latino culture)

"A Little Princess" (OK, this film is older, but it'll be new to your kids.) 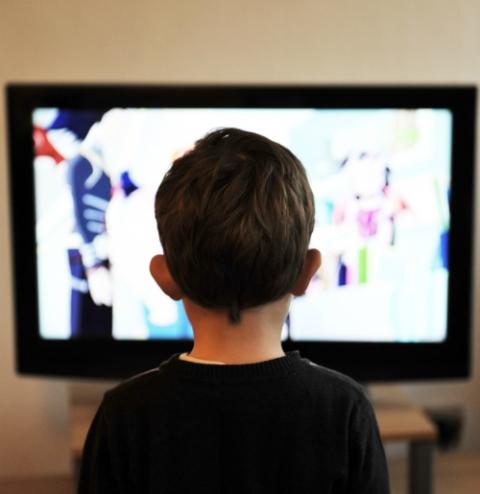 The National Treasure franchise (Remember the monkey? She gets paid thousands, which I know because I met her and her trainer, who told me.)

"Akeelah and the Bee" (Spelling is a sport and don't let anyone tell you any differently.)

"Queen of Katwe" (Chess is a sport and, well, it just is; based on a true story.)

"The Croods" (It's more than a prehistoric coming-of-age story about a girl, it's Plato's Analogy of the Cave, the Sun and the Line, and it's amazing.)

"Field of Dreams" (It was always about you and your dad.)

"A League of Their Own" (There is no crying in baseball)

"Angels in the Outfield" (See the original with Paul Douglas and learn about angels from an interfaith perspective — there's no swearing in baseball.)

"42" (Jackie Robinson was the first black man in major league baseball and changed the game forever.)

"Moneyball" (See it for an inspiring math class.)

"The Wrecking Crew" (Unsung session musicians from the '60s and '70s whose studio tracks made several top 100 hits; unforgettable)

"Searching for Sugar Man" (Whatever happened to Detroit musician Sixto Rodriguez who became a star in South Africa and disappeared? Best documentary of 2012.)