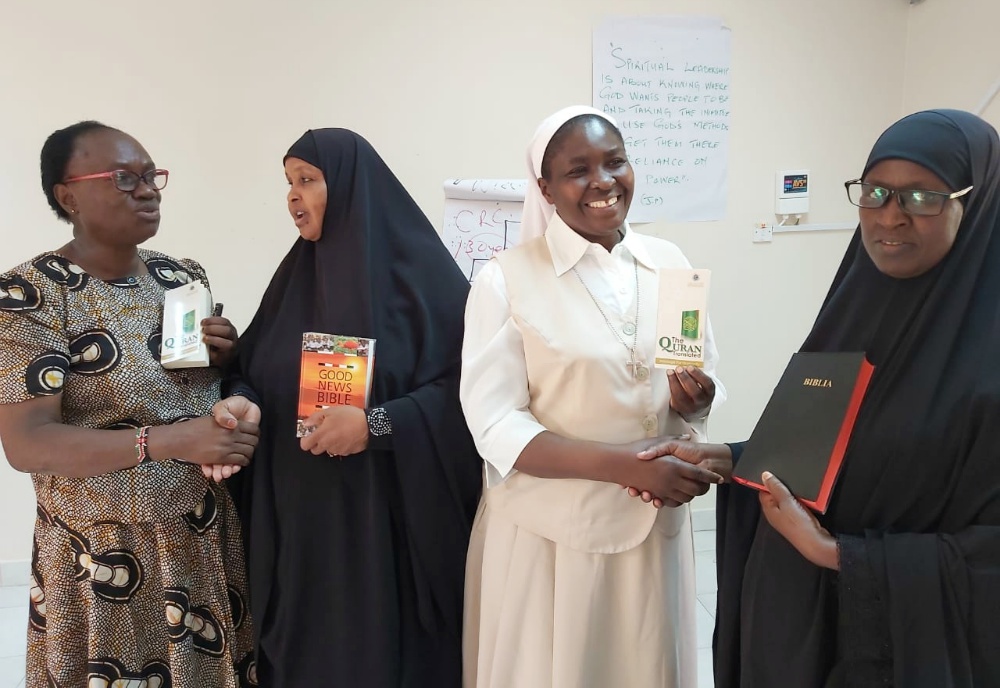 "O humanity! Indeed, We created you from a male and a female, and made you into peoples and tribes so that you may get to know one another. Surely the most noble of you in the sight of Allah is the most righteous among you. Allah is truly All-Knowing, All-Aware."
—Quran 49:13

This Quranic verse is emblematic of the Islamic tradition's embrace of plurality and its call to goodness. The first part affirms that human difference is neither an accident nor a deviation to be fixed, but an intentional manifestation of the divine plan for human beings to "get to know one another" in their plurality. The second part, following from an affirmation of that plurality, confers nobility not to nationality or tribalism, but to righteousness. One might call it a Fratelli Tutti verse.

For Muslims, the Quran is the divine speech of God, articulated in the Arabic language and revealed to the Prophet Muhammad through the Archangel Gabriel over a period of 23 years. It has served as a moral-ethical guide for societies stretching from the Balkans to Indonesia to — as recent scholarship has shown — the Americas for centuries.

That the sacred text has informed the lives of more than 1 billion believers across time and space without homogenizing them into a monochrome singularity has been hailed as one of the hallmark qualities of Muslim civilization. And since the age of prophethood has ended with Muhammad, it becomes the prerogative of all believers to forge a prophetic paradigm of righteousness by drawing from the shared idiom of the Quran.

When I read Pope Francis' new encyclical on solidarity, I saw a passionate clarion call from the leader of the only other religious community with comparable diversity and numbers, similarly exhorting his followers to higher moral-ethical ideals in a shared idiom. But it was within the particularities of that idiom that paradoxically made it resonate universally. Too often does interfaith engagement center commonality at the expense of difference, but it is precisely in embracing the latter that true solidarity is affirmed.

Read this next: Catholic encounters with Muslims frame 'Fratelli tutti'

As my colleague Jordan Denari Duffner has written, though the encyclical itself doesn't mention "Islam" or "Muslims," its message is clearly animated by Muslim-Catholic encounters — St. Francis of Assisi's meeting with Sultan Malik al-Kamil in 1219 and Pope Francis' meeting with the Grand Imam of Al-Azhar in 2019 — that serve as models for social solidarity across our traditions.

Catholics and Muslims collectively account for roughly one-third of all people, and the well-being of the world is dependent not just upon our relationships with each other, but upon our relationships with humanity as a whole. It is not merely that our respective traditions teach us to be good and just, but that they offer us a language that can expand the horizons of what social solidarity can look like as the world grapples with crisis after crisis.

To use a shared idiom between us, one can say we are living in the age of pharaohs. Muslims are under siege in France, India, Myanmar and China, and centuries-old Christian communities in the Middle East and Asia endure unprecedented persecution. Amid this trauma, Pope Francis begins his encyclical with a paradigm of friendship that draws from Muslim-Catholic encounters to underscore the possibility of human fraternity. Muslims are part of the human family, neither as competitors nor as subordinates, but as equals.

The historical encounters between Islam and Catholicism contain both conflict and communion, and believers in both traditions must grapple with the weight of their history, but the fact that there is a history points to a potentiality of what is yet to be.

One of the central concepts of social solidarity in the Islamic tradition is the command to "enjoin the good and forbid the evil" (amr bi'l-ma'ruf wa'l nahy 'an il-munkar), which the Muslim sage Imam al-Ghazali (died 1111) referred to as "the greatest axis in the religion and the primary concern for which God sent all the Prophets."

While there is a rich discussion within the Islamic tradition as to the concept's categories, practices and implementation, its centrality as a guiding force for believers is affirmed within the Quran itself.

The scholar Talal Asad writes that Islam's tradition of enjoining good and forbidding evil can potentially forge a paradigm of friendship and mutual responsibility outside of the state and capitalism, and help us "unthink our language of sovereign power, with its calculative, logical obsessions and the race to progress that that language invites us to join."

I suspect that the pope recognizes the urgency for a new paradigm, too. He indicates as much by rejecting both "a populism that exploits [the vulnerable] demagogically for its own purposes" and "a liberalism that serves the economic interests of the powerful." 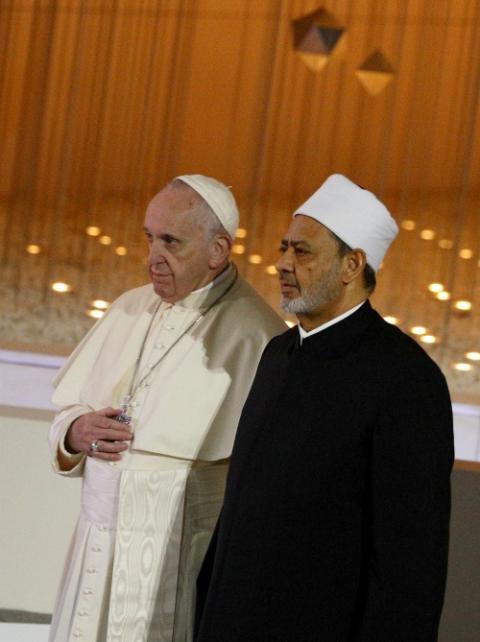 At the same time, he reaffirms, as he did with the grand imam (I should point out that there is no analogue to the pope in Islam. The grand imam is rector of the world's most respected Sunni institution, but he holds no unique theological stature as such), that "we do not ignore the positive advances made in the areas of science, technology, medicine, industry and welfare" but that all of these advances are only as good as the human beings advancing them.

Neither consigning economic inequality, armed conflict, populist xenophobia and environmental destruction to fatalism nor describing them as the natural state of affairs, Francis recognizes the role of human agency in bringing them about and in challenging them.

By channeling the radical Latin American tradition that has inflected his persona, Francis forcefully takes aim at the material conditions that have robbed the world's masses of the capacity to live dignified lives. In a world that is exhausted by empty speech, the encyclical avoids indulging in vague, self-serving platitudes. Religious discourse often becomes so entangled in otherwise scholastic theological debates or paternalistic sermonizing that attending to human welfare often takes a backseat. Our theologies must not merely be stated, but embodied, and our praxes must not be anthropocentric, but anthropological. We have a duty to show how God can and must be present in attending to our immanent needs.

The pope's encyclical — articulated in a shared idiom — attends to our global crises and pushes us to forge a new paradigm of social solidarity. Muslims and Catholics find themselves at a critical juncture where the possibilities of inaugurating this paradigm are ripe. We are nations and tribes, different, and yet, precisely because of that difference, we are meant to protect one another as witnesses on behalf of God.

As the Quran says, "If God did not repel some people by means of others, many monasteries, churches, synagogues, and mosques, where God's name is much invoked, would have been destroyed" (Quran 22:40). To do the work of enjoining good and forbidding evil is to do the work of prophets in an age of pharaohs. But the prophethood has ended, so it is our job to take up the mantle and forge a prophetic paradigm.

[Asad Dandia is an educator, organizer and graduate student of Islamic Studies at Columbia University.]