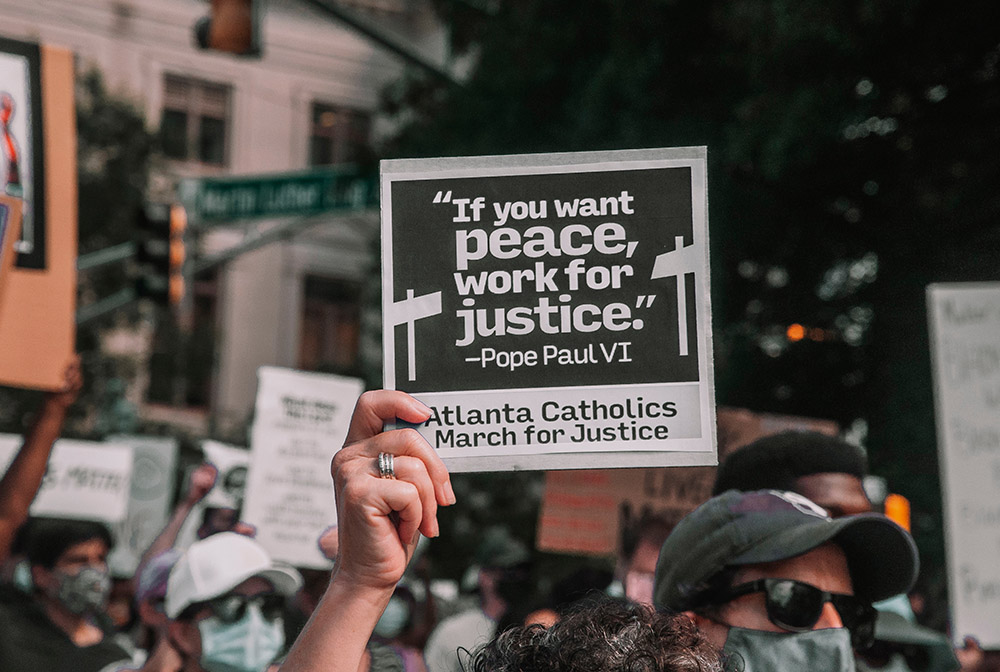 When Cardinal Joseph Ratzinger, soon to be elected Pope Benedict XVI, memorably warned of a looming "dictatorship of relativism" in 2005, he articulated what many conservative Catholics had long believed: that objective truth was under attack by secular powers. This view was mainstream at the university where I studied philosophy. For a while, I even embraced it myself.

Defending objective morality, in that milieu, meant defending conservative or right-wing values. We were training for the culture war, to defend heteronormativity and patriarchal structures (not that we called them that), while arguing for the objective immorality of abortion, contraception, euthanasia, gay marriage, transgender rights — yes, all lumped together like that, all part of the liberal agenda.

Many of our ethical discussions involved snappy refutations of imaginary relativists. I say "imaginary" because while soft relativism is common among non-academics, moral relativism is not widely upheld in academic philosophical communities. We students were being prepped to fight straw philosophers.

Nonetheless, I was well-trained to recognize relativism — formal or casual. And I am recognizing it today, among the same people who once taught me to defend objective truth and morality.

The right-wing Catholics who were primed to defend unyielding truths back in 2005 are the same who now, if not overtly touting moral relativism, are certainly practicing it. And their readiness to excuse immoral and even violent behavior from any on their "side" is not exclusive to Catholics: White evangelicals have a similar moral relativism problem.

It feels strange to me to be taking up the old arguments, to hear myself using phrases like 'There is such a thing as objective right and wrong.'

In the United States, the attack on truth and goodness that Benedict warned of is coming from self-proclaimed faithful Christians. This is a political and ideological movement that prefers QAnon conspiracy theories over factual evidence. Members of this faction routinely defend the murder of Black persons by police officers, and mock children who survived school shootings. They can be counted on to take the side of any abusive or predatory priest who happens to be conservative or traditionalist. They have repeatedly laughed off assault as "boys will be boys" and implied that rape victims were somehow asking for it. And now, the pro-life champions of truth and morality adopt an attitude of "my body, my choice" to justify violating public health requirements during a pandemic.

In the face of this, progressive Catholics with a heart for social justice need to reclaim the powerful arguments for objective truth once popular among conservatives.

It feels strange to me to be taking up the old arguments, to hear myself using phrases like "There is such a thing as objective right and wrong." Not because I ever stopped believing certain acts are per se wrong, regardless of intent. Not because I ever rejected the idea that veracity must be understood in relation to objective reality. It's just that, over the years, I came to associate the rhetoric of hard truths with cruelty and intolerance.

Too often, I had seen familiar terms and arguments utilized harmfully, against vulnerable demographics. Even at my most conservative, I couldn't see the value of pummeling LGBTQ youth with reminders of what the magisterium teaches, or of aggressively reminding unmarried pregnant women to repent of their sin. I didn't want to be a bully. I certainly didn't want to use what I believed to be the truth to harm or alienate others.

A more nuanced ethics was required, that took cognizance of the diverse and complex circumstances in which people live, and the limited culpability of individuals with little access to learning or resources. I stressed distinguishing between the objective goodness or badness of an act on one hand, and the goodness or badness of a subject's motivation or intention, on the other.

I don't think I was the only one who felt this way. When Pope Francis famously said, "Who am I to judge?", he echoed the sentiments of many Catholics who were similarly uncomfortable with using truth as a bludgeon to attack already struggling people. In progressive Catholic circles, many prefer the rhetoric of bridge building, and of meeting people where they are.

"The church is meant to be a hospital for the sick," is a popular mantra among social-justice-oriented Catholics. So is the reminder that Jesus ate with sinners and did not condemn the woman caught in adultery. Progressive Catholics, following Francis, prefer compassionate mercy over unrelenting justice.

Another change happened, too. Over time, especially when I was teaching philosophy and determined to stay up-to-date on research, I began to question the viability of the ethical package I had been trained to defend. Why should I have to view gay marriage and contraception as on a par with abortion? Why, if conservative Catholics were so pro-life when it came to opposing legal abortion, were they constantly arguing in praise of war and the death penalty? When they argued against LGBTQ rights, they claimed they were arguing from natural law — but ignored contemporary research indicating that sex and gender are more complex than their traditional view would have it. They embraced an imaginary idea of nature with a strict male-female binary, instead of looking at the scientific reality of sexual fluidity across species in the natural world.

I think now that some of my discomfort with the harshness of this approach was an indicator that I had assented, in the past, to an ethical ideology that was deeply flawed. It's not that there isn't a place for sternness, even harshness: Consider the language of the Old Testament prophets, and the words of Jesus to the hypocrites in his midst. Mary's Magnificat is a hymn praising a just God who casts down the mighty and sends the rich away empty. Yes, there is divine judgment in Scripture. But much of it is directed at the powerful and the violent.

But the more I heard preaching about the wrath of a just God meted out against those already heavily burdened, the more uneasy I grew with it. Over time, I came to prefer mercy. And I don't regret this. Nor do I regret assenting to a more accurate and nuanced approach to ethics, in which circumstances such as coercion, societal expectations, brainwashing and ignorance must be factored in.

We need to be able to distinguish truth from falsehood, and we should not treat false propositions as somehow as valuable as true ones, simply because they are someone's deeply held beliefs.

What I do regret was that I, and others with me, fell back upon nonjudgmentalism as though it were always morally preferable.

Even if we fervent young conservatives were fighting straw philosophers back in the day — even if we had embraced a faulty ethical framework — many of our principles were still correct. There are times when we do need to judge right from wrong, immoral actions from moral ones. We need to be able to distinguish truth from falsehood, and we should not treat false propositions as somehow as valuable as true ones, simply because they are someone's deeply held beliefs. Recognizing that a QAnon conspiracy theorist or a MAGA racist or even a neo-Nazi is still a child of God should not equate with respecting their false and dangerous opinions.

In our earnestness to defend those who were being bludgeoned by certain notions of truth and goodness, many of us who had grown wary of right-wing rhetoric deprived ourselves of a valuable tool in the struggle for equality.

For progressive social justice Catholics, "Who am I to judge?" might not be enough. Francis himself felt the statement required further elaboration. Certainly, it is not our place to judge the condition of anyone's soul, but this doesn't mean we cannot judge what is true and what is false, which acts are good, and which are bad. We need to be able to say, "Keeping children incarcerated is objectively wrong." We need to be able to counter deluded conspiracies with appeals to evidence and logic.

Do I think that philosophical arguments will convince those who have been brainwashed by conspiracy theories and propaganda? Not really. Nevertheless, I believe strongly that progressive Catholics need to reclaim the understanding of objective truth and goodness as part of a genuinely Gospel-oriented approach to ethics.

We need to be able to speak prophetically, against the powerful and violent, and give comfort to those who have been hurt by their actions. In such cases, nonjudgmentalism is not a virtue, if it means letting the powerful go on inflicting harm.

There are many ways in which words have power. Speaking truthfully about which acts are good and evil may not work to win over those who have embraced falsehood, but it is a way to take a stand on behalf of the oppressed. When we put logic and reason in the service of justice instead of in the service of power, this is one way we may fulfill a work of mercy on behalf of the afflicted, and live out a Gospel commitment to the truth.

A version of this story appeared in the July 9-22, 2021 print issue under the headline: Social justice Catholics should reclaim rhetoric of objective truth, goodness.