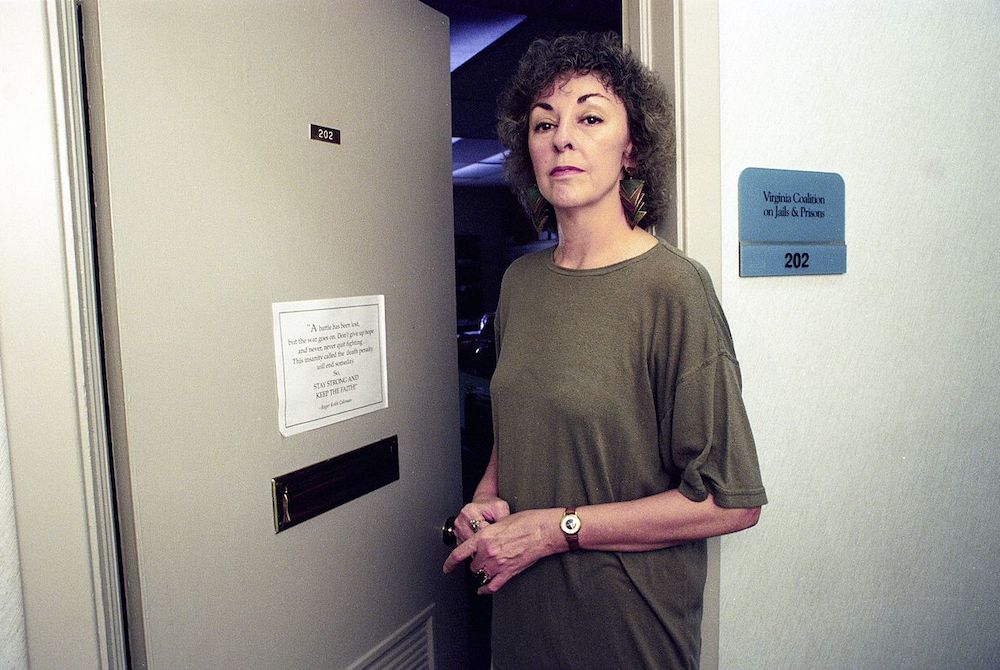 Marie Deans poses outside her office at the Virginia Coalition on Jails & Prisons in March 2017. (Wikimedia Commons/B. Pitler)

It was on one of the many adventuresome times in the 1990s that I took my students to visit death row inmates in Virginia's Mecklenburg Correctional Center that I came to know and admire Marie Deans. Her 30-plus year ministry to the condemned included finding pro bono lawyers to file post-conviction habeas appeals and comforting them in their spare cells in the final hours of living, before being electrocuted or drugged to death by the state.

Deans' singular grace was not only that she was intellectually opposed to capital punishment, but also that she was emotionally against it for the escaped convict who killed her mother in 1972 in Charleston, South Carolina. She once recalled to me that a police officer at the crime scene pledged that "we'll find the bastard and fry him" — to which she replied, "Don't do it for me."

She told me, for a piece in The Washington Post, that the killer "had a family too. If he was executed, it would be another murder. It would be worse in a way, because he would be put on death row and the family would have been told every day for 10 years — or eight years or six years or however long it takes — that he was going to be killed. I think that's worse."

This merciful ideal was echoed by Kerry Kennedy in faith-riven lines in a July 15, 2020, essay in Time magazine:

When I learned that my father [Sen. Robert Kennedy] had been murdered, I went into my room, laid on my bed and cried.

The only thing I could think to do was what he and my mother taught me and my brothers and sisters to do when times were difficult, and we couldn't make sense of things. I prayed.

I prayed for my family.

I prayed for my dad.

Then I prayed, "Dear God, please don't let them kill the man who killed Daddy."

I didn't want any other families to have to go through this pain. I didn't want another mother to lose another son, and if this man had children, for them to lose their father. I knew that violence would not bring back my father, nor would it bring back justice or relief, only more pain.

I didn't know then that the death penalty in any country was another institution of racial violence, that the color of a victim's skin and the jurisdiction of the court determined, more than any other factor, whether the brutality was meted out. As a human rights lawyer and former prosecutor, I know this today more than ever.

When I wrote Deans' obituary for The Post in 2011, and referring to inmates affectionately calling her "the Angel of Death Row" while she preferred "Courageous Fool," I included her line, "I have the need to understand why we are so good at passing on violence and so poor at passing on love."

It was a statement less of sentimentalism than activism, because not long after Deans lost her mother to homicide she founded Murder Victims' Families for Reconciliation, later renamed Murder Victims' Families for Human Rights. With both Donald Trump and Attorney General William Barr supporting a surge in executions, few moments right now are as worthy of our attention and gratitude as the stories of mothers, fathers and their families who lost loved ones to homicide but publicly lobby against governmental vengeance.

One of them is Vicki Schieber, a former nun whose daughter Shannon, a graduate student at the Wharton School of Business, was murdered by a serial rapist who broke in her apartment in May 1998. Few of the guest speakers I've invited to my peace studies class at Bethesda-Chevy Chase High School have had as strong an impact on the students as Schieber.

Shannon was a student at Bethesda-Chevy Chase before going onto Duke University and then Wharton. For many of the students, capital punishment, if they thought about it all, was little more than a political issue, remote from their daily lives. But here was the mother of a girl who had been her senior class president and someone well remembered by the faculty, baring her heart and soul on how she and her husband were honoring the memory of their child by speaking out against the death penalty, whether in a high school class or a hearing room in Congress.

On Feb. 1, 2006, Schieber, calling for an end to the federal death penalty, told the Senate Judiciary Committee:

My husband and I were both raised in homes with a deep-seated religious faith. We were both raised in households where hatred was never condoned and where the ultimate form of hate was thought to be the deliberate taking of another person's life. The death penalty involves the deliberate, premeditated killing of another human being. The death certificate of an executed person lists the cause of death as homicide. In carrying forward the principles with which my husband and I were raised, and with which we raised our daughter, we cannot in good conscience support the killing of anyone, even the murderer of our own daughter, if such a person could be imprisoned without parole and thereby no longer a danger to society. 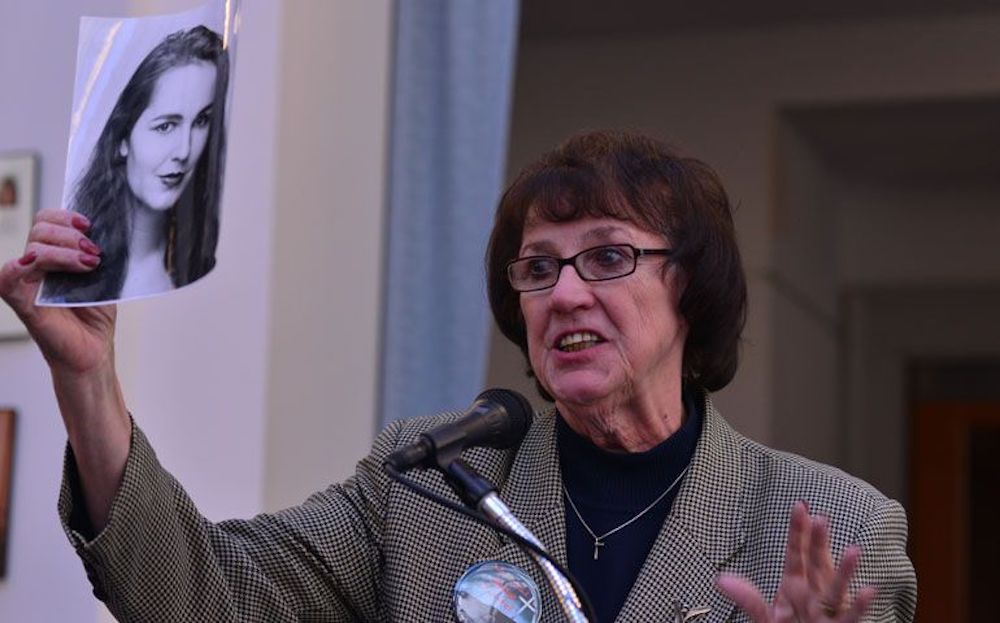 Vicki Schieber, holding a portrait of her daughter, Shannon, discusses her opposition to the death penalty during a Nov. 9, 2014, conference hosted by The Catholic University of America and the Columbus School of Law. (Newscom/ZUMA Press/Miguel Juarez Lugo)

If Congress has yet to ban capital punishment, Schieber has had successes closer to home. For years she trekked regularly from her home in Bethesda to Maryland's capitol in Annapolis to speak at hearings and make the rounds to individual lawmakers. In March 2013, in a vote of 82-56, the Maryland House of Delegates abolished the death penalty. Schieber was widely credited for ending the lethal practice that goes back to 1638, the date of Maryland's first recorded execution. The Baltimore Sun ran a picture of her in the House gallery cheering the vote with outstretched arms and wide smiling face.

I recently contacted Joseph Giarratano, a former Virginia death row inmate on whose behalf Deans worked tirelessly with others to prove his innocence. He was released in 2017 after 38 years of incarceration and now at age 63 works as a paralegal at a Richmond law firm. Among other recollections about Deans, Giarratano recalled, "Marie refused to support the prosecution's demand for the death penalty for the man who brutally killed her mother. The prosecutor became angry with her — accusing Marie of not loving her mother. But she did love her. Forgiveness is a good thing. It's cleansing. It's life affirming. We can learn from those who find the strength and courage to forgive. Which is why Marie was so special."

As are and were all the others like her, whether driven by prayers or principled altruism.