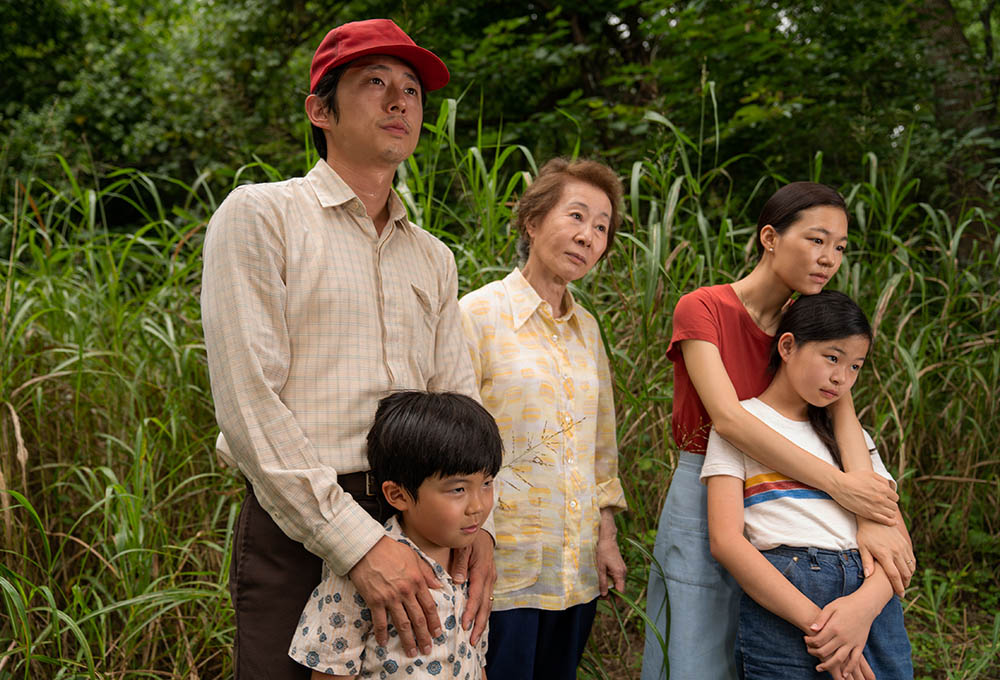 Should a movie set entirely in rural Arkansas, directed by an American director and filmed in the United States count as a foreign movie or an American one? When "Minari," a semiautobiographical film directed by Lee Isaac Chung, won the Golden Globes' best foreign language film in February 2021 because the majority of the movie's dialogue is in Korean, the practice of categorizing non-English languages as "foreign" was once again contested.

What counts as a foreign language in this country where nearly 20% of households speak a first language other than English? Who is seen as foreign?

Questions about Asian American identity and its seemingly perpetual otherness haunt the public imagination in a year where anti-Asian hate crimes in the United States have risen nearly 150%.

"Minari," while set in the 1980s, raises similar questions about belonging, immigration and the American dream as the movie follows the struggle of a young Korean American family of four who have recently relocated from California to rural Arkansas.

During the day, the parents, Jacob and Monica Yi (Steven Yeun and Yeri Han), work as chicken sexers, a skilled but tedious manual labor job that is taken on by many immigrant Americans. Wanting his two young children, Anne and David (Noel Kate Cho and Alan Kim), to see him "succeed at something for once," Jacob works to start a 50-acre farm to grow and sell Korean vegetables to the ever-rising Korean immigrant population in the United States. 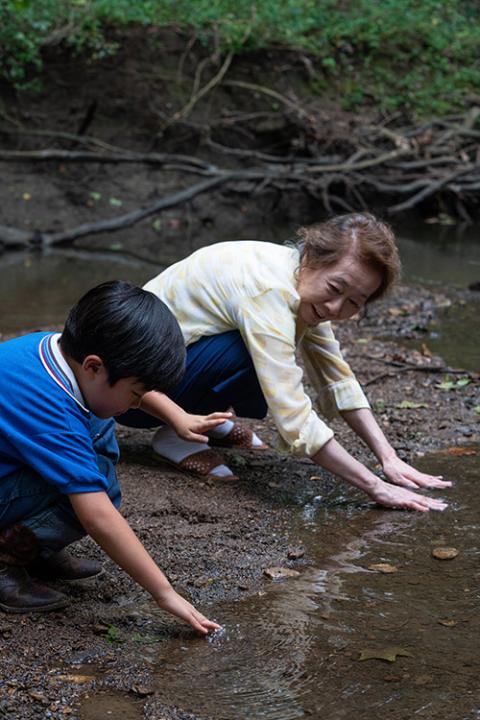 Alan S. Kim as David and Yuh-Jung Youn as Soonja in "Minari" (Courtesy of A24/Melissa Lukenbaugh)

The children's down-to-earth but whimsical grandmother, Soonja (Yuh-Jung Youn), soon joins the family in Arkansas to provide them support. Among the many items Soonja brought to Arkansas in her luggage were seeds of the minari plant, a versatile Korean vegetable that, once planted near water, grows and spreads exponentially on its own.

The exponential growth of the minari plant — which, at the end of the movie, helps feed the entire Yi family when their farm crops are destroyed in a fire — calls to my mind yet another tiny seed whose growth symbolizes providence and faith: the mustard seed.

In the Gospels, Jesus uses the parable of a tiny mustard seed that grows into large bushes to speak of the potential of faith, no matter how tiny, to move mountains and do what is otherwise impossible (Matthew 17:20). For the Yi family, and for many Asian American immigrant families alike, it is this faith like a minari seed that grounds their experience of struggle and joy in a country where they must constantly begin anew, where the coveted American dream is harder to attain for them than for their white, English-speaking counterparts.

At its core, "Minari" is a story of faith — not only of the Christian faith that the Yi family practices, but also of the faith, hope and risk-taking that lies at the heart of the experience of immigrant Americans. It is by faith that Grandma Soonja immigrates to the United States, just as it is by faith that Jacob works to grow vegetables that taste like home on a patch of previously abandoned land. It is by faith that Monica spends her evenings at home practicing sorting chickens to improve her speed, which would open her up to more job opportunities outside of Arkansas.

Faith and realism also clash in the different gendered experiences of immigration throughout the film.

While Jacob is motivated to take risks and make investments to fulfill his vegetable farm dream, Monica, being protective of her children (especially young David who is born with a heart condition), prioritizes the stability of her family over taking financial risks that may further jeopardize the health of her son. The film ultimately does not take a side between Jacob's faith and Monica's realism. Instead, it uses these inevitable clashes between these characters to explain why faith is costlier for some than for others.

In a country whose foundational narrative celebrates dreams and faith, the path toward achieving one's dreams — and toward belonging — is ultimately costlier for those whose immigrant identity or socioeconomic status subject them to various forces of marginalization. The movie's uncertain ending poses to its audience the lingering question of who gets to achieve the American dream in the United States, and whether American narratives of "pulling oneself up by the bootstraps" do more harm than good for those whom society does not privilege.

In "Minari," spaces of faith — namely, the local, predominantly white church that the Yi family attends — also reinforce similar social dynamics of exclusion. The well-dressed white families who worship at the local church speak in a condescending manner to Jacob and Monica upon realizing that they do not speak English fluently. A little child, who later befriends David, asks him matter-of-factly, "Why is your face so flat?"

The only white American who voluntarily befriends the Yi family is Paul (Will Patton), an outcast of society who practices his own version of Pentecostal Christianity by carrying a human-sized cross alone every Sunday, a practice that he calls "his church." Paul, too, is mocked and belittled by the children at church for his poverty and his eccentricity.

"Minari" reminds American Christians today that these similar dynamics of exclusion and othering, especially of Black, Brown and immigrant congregants, occur in our own ecclesial spaces. Stories of faith, too, can be weaponized to perpetuate harm: "If you have enough faith, anything is truly possible," we are often told in our churches.

Yet these idealized stories of faith fail to recognize the many structural barriers that prevent mustard seeds from growing into large, flowering trees the way Jesus' parable suggests. "Minari" tells a different story of a faith that is difficult yet persistent. This faith does not end in the moving of mountains, nor the full transformation of the family's fate. Rather, faith the size of a minari seed, in the end, results in the growing and thriving of a patch of minari plants by the creek just large enough to feed the Yi family, allowing them to survive and have faith once again.