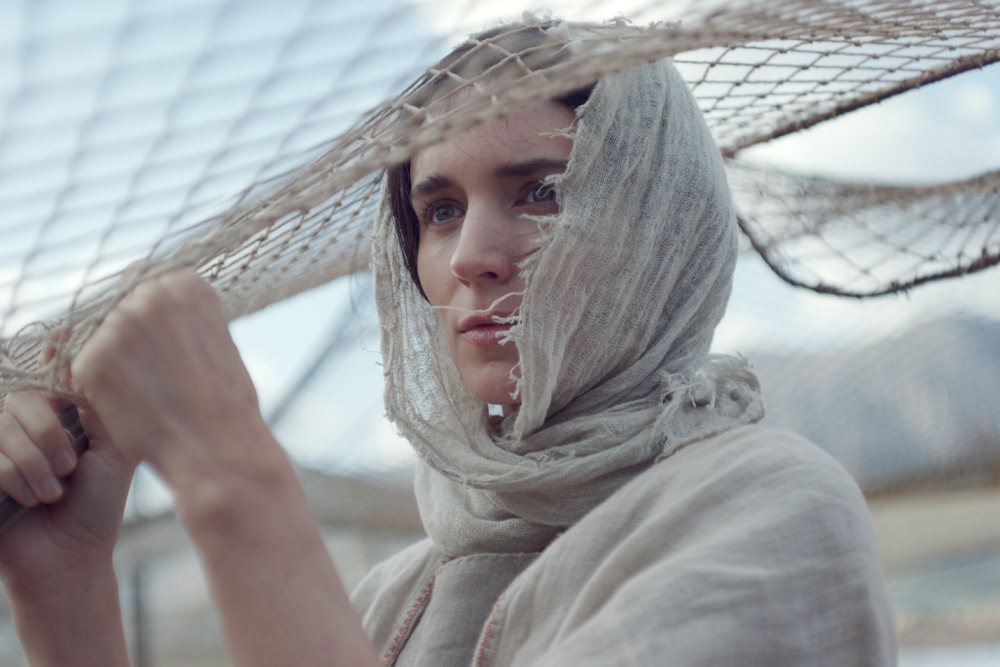 In the year A.D. 33, Mary (Rooney Mara) is a young woman — in the new film "Mary Magdalene" — who spends her days with the women of Magdala along the shore of Galilee. They mend fishing nets and tend sheep. She also acts as a midwife, comforting a young mother during a difficult birth. She takes her place with the women in the synagogue on the sabbath.

Her father Ephraim (Tsahi Halevi) is making plans for her marriage and invites a young man, Daniel (Denis Ménochet), for the sabbath meal. They speak of Jesus, whose reputation as a healer is becoming known. Mary flinches when her fingers touch Daniel's hand as they both reach for the olives. Mary knows she is expected to marry and have children; there is no other way of life for a Jewish girl. Her father tells her that this alone will please him.

Mary runs to the synagogue to pray about a strange feeling she has of being meant for something else other than marriage. She tells Ephraim she is there to pray to decide, but he firmly tells her that her place is with the other women at home, not the synagogue. She tells him she was not created for marriage. Ephraim angrily replies, "Then what are you made for? Want me to shave your head so you can be like a man?" She quietly replies, "I am not made for marriage."

In the night, someone awakens Mary and she is taken to the lake for a frightening exorcism ritual, because Ephraim is convinced that there is something "unnatural" within her. She is pushed under the water over and over by a group of men; Ephraim and the rabbi command the demons of her disobedience to be cast out so she will be cleansed of evil spirits. After, the women comfort her.

Ephraim, however, still seeking his daughter's obedience, sends for the healer, Jesus (Joaquin Phoenix). When Jesus quietly asks what she is feeling, Mary says, "Unhappiness." They speak of whether a person is to obey one's father or God. When he asks what she longs for, at first she says she is not sure. Then, "To know God." At the end of their conversation, Jesus tells her, "There are no demons here but a longing for God."

She watches as Jesus meets up with his disciples and she abruptly leaves home to join them.

The disciples are not very welcoming of Mary, especially Peter (Chiwetel Ejiofor). She questions something and Peter tells her to keep her counsel. Judas (Tahar Rahim) is friendly and speaks willingly with her.

Jesus' followers listen to him preach and see him work miracles. At the mount, they learn of the beatitudes and how to pray to God. The disciples share a sign of peace among themselves — and they include Mary.

As Jesus and the disciples enter Jerusalem, they walk through an area where women are doing the washing. The men are uncomfortable at being in this space, but the women are intrigued by Jesus. They ask him questions and engage in conversation. Some of the women become followers, too.

Along the road, the group meet Jesus' mother. The women and the disciples enter Jerusalem at Passover. Mary of Magdala speaks to Jesus' mother (Irit Sheleg) realizing that God has asked much of her. Solemnly and with foreboding, Mother Mary says, "What about what God has asked of you? To leave home and family. You love my son, too, so you should prepare yourself like me. To lose him." 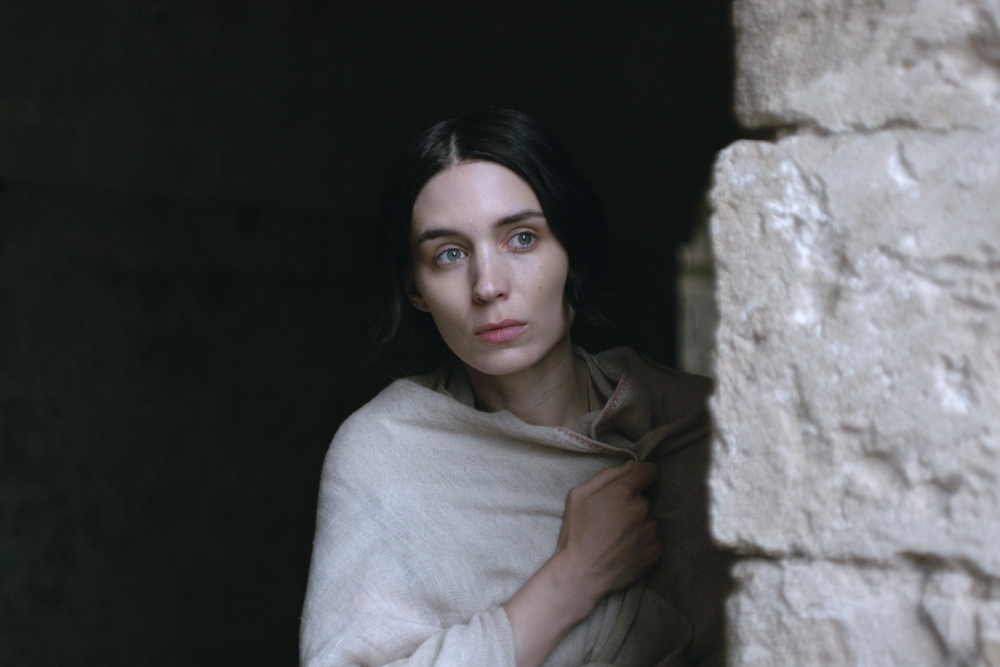 At the final supper, Mary sits to the right of Jesus and shares in the breaking of the bread with all the disciples. After, they follow Jesus into the garden, and Judas betrays Jesus to the guards. When Jesus is crucified, Mary of Magdala faints at the foot of the cross. When she awakens, their gazes lock. He almost imperceptibly nods to her before he dies. On the morning of the third day, Mary encounters Jesus risen from the dead and goes to report it to Peter and the apostles.

Garth Davis, who won the Australian Academy of Cinema and Television Arts Award for best direction for the film "Lion," directs "Mary Magdalene" based on the script by Helen Edmundson ("An Inspector Calls") and Philippa Goslett ("How to Talk to Girls at Parties"). I watched the film twice, once for the story, and the second to pay more attention to the dialogue and think about how Jesus and Mary Magdalene relate to one another. I almost never watch a film twice but this one intrigued me. However, I am not sure a young, unmarried and unsupervised Jewish woman in those days would have been able to be with, or travel with, men as Mary is allowed to do here.

The film covers a short period of the public life of Jesus. It also respects and reinforces that Mary Magdalene, as Pope Francis expressly stated in 2016, is the "apostle of the apostles" because she announced the resurrection of the Lord. The decision to raise her liturgical celebration from an obligatory memorial to that of a feast day — just like the other apostles — puts an end to the conflation of three women in the Gospels into Mary, one sinful woman (the sister of Lazarus, the woman caught in adultery, and the woman who anointed Jesus feet and washed them with her hair). She is, perhaps, the woman from whom the men in her life tried to cast out evil spirits because she would not do what her father and her religion wanted of her. I think the scriptures allow us to imagine this could be the case.

Because of her faith, Mary of Magdala understands more of what God's will is for her. She holds her own among the apostles because she sees herself as an equal — and Jesus treats her thus. After the resurrection, Peter cannot understand why Jesus appeared to Mary first. He still cannot fathom that the kingdom Jesus promised, the revolution, is not there, outside the door.

Mary reminds Peter that Jesus never promised an earthly kingdom; this is his interpretation of Jesus' message. Peter, still resisting, accuses Mary of weakening Jesus and the apostles. Mary replies, "All I can do is hope you have heard what I said and that you see me as I am. I value each of you as he did. I love you all as brothers. But I will not stay and be silent. I will be heard."

Some may see a feminist agenda in the film regarding the place of women in the church or a pro-women's ordination statement. I didn't see it that way, though I can understand that some might. The dominant themes for me were that of vocation, discipleship, vocational discernment, inner freedom, prayer, contemplation, community and equality of men and women as disciples. Water is a strong visual element used for various reasons throughout the film, and this offers other ways to explore what the movie means.

The film was shot mostly in Sicily, but even before reading the production notes I recognized scenes shot in Matera, Italy, from when I visited the set of "The Nativity Story" in 2006. Other Jesus movies made there include Pier Paolo Pasolini's "The Gospel According to Matthew" (1964) and Mel Gibson's "The Passion of the Christ" (2004.)

Mara as Mary conveyed stillness and a contemplative, firm spirit open to God's will and willing to follow Jesus where the apostles dared not go. She struggles with what her father and the culture expect of her and what was going on in her soul. Phoenix as Jesus was an interesting choice but believable. He looks unkempt, as any poor man who had been living outdoors for years. His face is worn with concern and as time passes, sadness at what is to come. This is like no other Hollywood Jesus I've seen and Phoenix's performance is, in itself, a singular accomplishment. I love the way Mother Mary, the mother of Jesus is portrayed, too. She only appears once in the film, but it is enough. 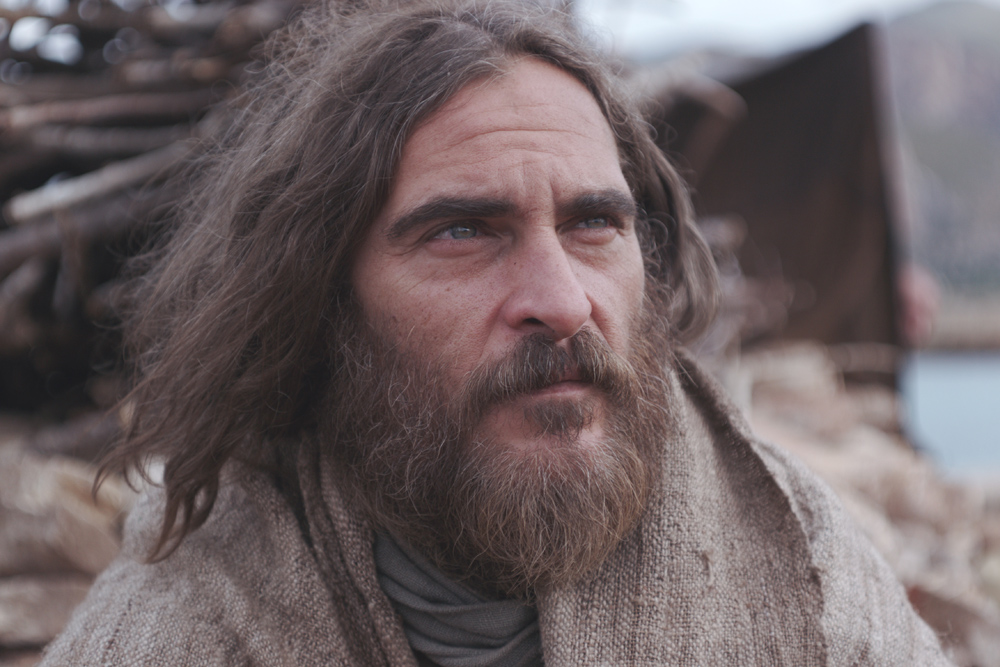 "Mary Magdalene" is the best film I have seen yet depicting the short period of Jesus' public life and his crucifixion, death and resurrection. It is perfect for Holy Week.

True, "Mary Magdalene" is not a moment by moment, verse-by-verse retelling of the Gospel accounts. It is not meant to be. Here, we must think in terms of cinematic poetry and allow the filmmakers their artistic license as they create a teacher-disciple relationship between Jesus and a woman through the experience of a woman. We see the love between Jesus and his disciple Mary of Magdala expressed at the crucifixion. But the story never verges into a physical relationship or even hints at a sexual attraction. Instead, the film envisions who Mary of Magdala might have been as a woman and disciple, and how her life was transformed once she met and became a disciple, indeed, an apostle of Jesus.

In all my years as a religious sister, I have never related to the "brides of Christ" theology of religious life for women. But discipleship, always. I can't wait to use this film for a cinema divina retreat.

If you are a woman reading this, you can put yourself in the Gospel scene as Mary Magdalene. This imagining of a woman's experience of Jesus worked for me; I experienced Jesus through the agency of my own imagination based on the creativity of the female screenwriters. I give the director credit for allowing the feminine spirit of the Gospels to emerge through this film.

Mary of Magdala was there when they crucified Jesus and she was there when he rose that Easter morning. Then she ran to tell Peter, the apostles and the world about who she had seen and what she had heard.

The rest is history.