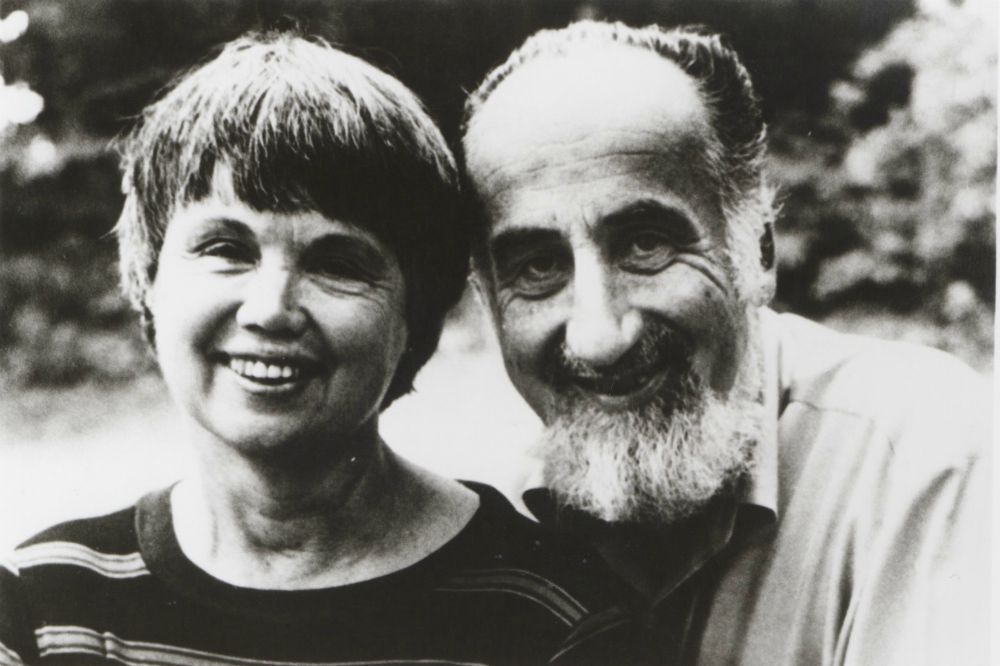 Sally Cunneen and her spouse, Joe Cunneen (CNS/University of Dayton)

In late 1965, Sally Cunneen, as co-founder and editor of the ecumencial quarterly Cross Currents, mailed a questionnare to 4,627 paid subscribers across Canada and the United States. The questionnaire responses, with targeted sections for men and women, were the basis for her eye-opening 1968 book, Sex: Female; Religion: Catholic, which examined the changing role for women members of the church.

The women who responded are described as "better educated, increasingly middle class, and stirred by developments in Catholicism encouraged by the Vatican Council." Cunneen believed that despite all the discussions happening about changing church practices after the Second Vatican Council, the voice still missing from the conversation was that of the American Catholic woman. Respondents ranging from mother superiors to suburban housewives were given the opportunity to be candid, and although their views on most topics varied, they all agreed there was a need for better dialogue between Catholic women and the church.

The Sally Cunneen papers are housed in the Marian Library archives at the University of Dayton. Celebrating its 75th anniversary in 2018, the Marian Library is a special library on the Marianist campus founded to make the Blessed Virgin Mary better known, loved and served. The collection of notebooks, articles, manuscripts and audio recordings, was donated to the Marian Library in 2012 by Cunneen's family after her passing in 2009. The materials date back to her postgraduate work at Fordham University, Columbia University, and Teachers College and include writings post-retirement from Rockland Community College (State University of New York) as a Professor of English.

Cunneen contributed articles to Catholic and non-Catholic journals and magazines, and she gave talks at many conferences and events, including several Women's History Month events. She was the keynote speaker for the Women's Conference of the Archdiocese of Detroit in 1980 with the theme of "Women: Living Wholly / Holy in A Fractured World" and spoke frequently on college campuses and at church parishes. Her handwritten notebooks with research ideas and lecture notes come alive as one can almost imagine her tirelessly writing, crossing passages out, and rewriting until the idea was perfected. The pages of these notebooks, filled to the margins and with an occasional coffee stain, remind researchers today of the woman who devoted herself so passionately to her work throughout her career.

In 1996, Cunneen published the book, In Search of Mary: The Woman and the Symbol with an awareness of existing feminist critique against traditional Mariology. For some feminists, Mary was seen as a symbol of oppression from the church. Cunneen wanted to break that outdated connection and show that Mary could bring people together with her presence as a reminder of the holy in daily life. In Cunneen's article "Breaking Mary's Silence: A Feminist Reflection on Marian Piety" for Theology Today, she states that, "Rescued from her long silence, Mary reveals that women's voices are not confined to a suppressed female truth, but are meant to speak for all."

Many of Cunneen's earlier speeches and research focused on women vowed religious. In a draft of her speech titled "The Unity of All Women" from the 1972 Leadership Conference of Women Religious, Cunneen addresses the changing view on sisterhood. Although directed towards the vowed religious, Cunneen's message can be applied to the universal sisterhood of women everywhere today. She opens the speech by saying:

Sisters
We are sisters!
How times and the meanings of words have changed.
Sisters are no longer the esoteric, scary or cute figures on the sidelines of life — sisters today are women who respect and support one another. They are the makers of a movement new to our time that helps women meet the challenge of redefining their lives without the strictures of ready-made roles and built-in limitations.

[Kayla Harris is librarian archivist for the Marian Library at the University of Dayton.]