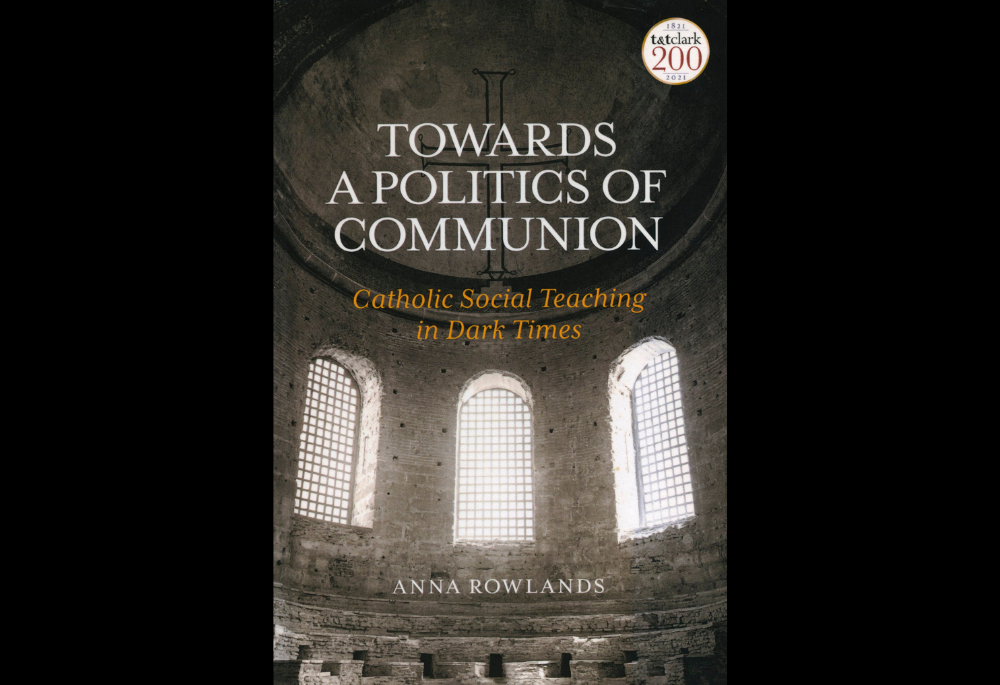 The cover of Anna Rowlands' book Towards a Politics of Communion: Catholic Social Teaching in Dark Times (CNS/Courtesy of T&T Clark)

On Monday, I began my review of Anna Rowlands' important book, Towards a Politics of Communion: Catholic Social Teaching in Dark Times, highlighting the way Rowlands situates Catholic social teaching within the broader landscape of Catholic theology, as well as drawing out some of the ways it represents an ongoing dialogue with liberal modernity. All that was in the first chapter!

Today, I shall conclude my review by briefly calling attention to some of the other insights that Rowlands brings to this important topic, and why I think this book is such a vital contribution to the faith formation of Catholics who are serious, be they liberal or conservative.

It is one of the hallmarks of this book that it repeatedly and consistently declines to pit one pope against another, or draw facile contrasts between the pre-conciliar and post-conciliar church. Instead, Rowlands repeatedly shows how successive popes built on the insights of their predecessors, added their own unique contributions, usually in dialogue with the pastoral situations they confronted, and kept the doctrinal ball moving.

Indeed, Chapter 2, on human dignity, begins where I — and just about everyone else who swims in the waters of Catholic social teaching — had never thought to look for insights into important shifts in this teaching: the wartime allocutions of Pope Pius XII. Commenting on his 1944 Christmas message, Rowlands observes, "Pius XII connects the doctrine of the Incarnation to the notion of human dignity; he argues for the important role that a theological account of dignity can play as a discourse prior to claims for the rights of man; and he indicates the teleological structure of human dignity, which pulls us through history towards the peace of Christ." She notes that Pius' allocutions handled ideas that were familiar to Catholic thought, but that his specific introduction of the idea of human dignity into papal social teaching was new.

Characteristically, Rowlands goes on to explore the various ways the principle of human dignity had been conceived in other intellectual milieux, from the specifically religious to the Ciceronian to the materialistic and Marxist understanding of the concept. She shows how the idea of dignity is rooted in an understanding of personhood, which gains theological traction in the writings of St. Augustine.

Commenting on the work of Joseph Ratzinger in this regard, Rowlands writes, "to grasp what Christ has to teach requires us to remember that Christ is not a creature of exception (a crude superhero figure) but rather the fulfillment of what God intends for the human person, the new and the final Adam set amongst us, set before us. In this sense Christ opens up a space — the space of his own body — in and through which it is possible for us to gather in a new way as persons on the way to life in the Father." Again and again, Rowlands highlights the connective tissue between Catholic social teaching and Christian anthropology and Catholic ecclesiology.

Rowlands proceeds to trace the development of the idea of human dignity through the encyclicals of later popes, with commentaries from a variety of theologians, and criticisms from those who take issue with the idea, notably those like theologian John Millbank who cited the danger of "secular tendencies to frame dignity in a form of liberal individualism that is fundamentally tied to modern capitalism."

Rowlands then turns to the issue of migration and how it fleshes out a realistic sense of dignity, putting it to the test as it were. She points out that "Given the natural law flavour of much of the official CST tradition, it is interesting to note that reflection on migration from the 1950s onwards begins with a distinctive (although arguably not unproblematic) biblical theology." That comment is typical of the care with which assertions are made, the parenthetical serving as a caution to those who wish to reduce theology to ideological activism. 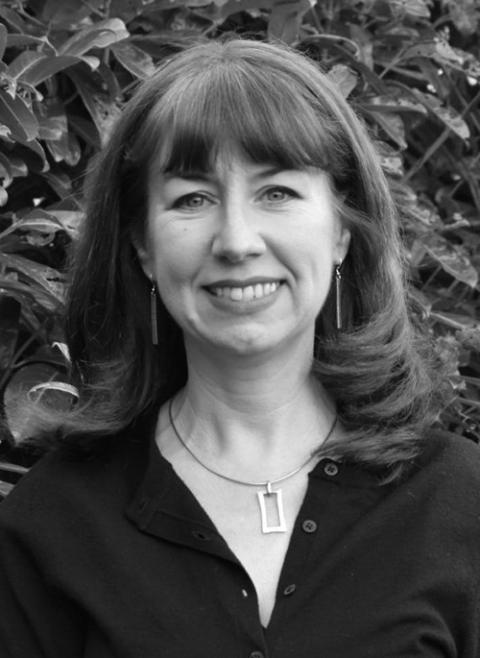 This book also evidences one of the claims it makes about the Catholic social teaching as a whole: It dialogues with the modern, liberal world and does so from a stance of philosophic and theological critique and engagement, not slipping into complicity or indifference. In the chapter on human dignity and migration, Rowlands notes: "Liberal systems have not dealt well with the questions of culture, religion, identity and meaning that attend contemporary migration flows — beyond narrow questions of rights."

Can I hear an "amen"? And the problem extends far beyond discussions of migration. The limits of rights language are everywhere apparent, and one of the reasons our political discourse is so often out of touch with reality is because of this reliance on rights language. As Rowlands adds, "Given its emphasis on the co-belonging of the religious and social dimensions of everyday life, CST ought to be well placed to respond, engage and challenge a myopic form of liberalism that struggled with the transcendent, religious, theological and spiritual."

After a chapter on human dignity and social or structural sin, which points out how much more work needs to be done in this area, three chapters take the common good as their focus. The first of these three chapters situates the discussion, the second analyzes the medieval and patristic contexts that shape it, and the third dives into the specifically papal teaching found in encyclicals on Catholic social teaching. All three chapters yield important insights. Here is one of my favorites:

One area of unclarity within the modern encyclical tradition concerns the extent to which it is meaningful to claim that the common good can be thought of in universal and global terms. Benedict XVI and Francis have placed great emphasis on the need for global institutions and recognition of goods that must now be considered in a global context. What has not been worked through for the lay reader is how this can be done without the concept of the common good collapsing in on itself as either too abstract and generic to supply real moral meaning or simply morally overwhelming. … [A]ny notion of the global common good needs to be able to imagine contexts on which concrete communities of varying scales and purpose can meaningfully engage in real exchanges of goods and values. In other words, it doesn’t really work to think of the global common good as analogizing or scaling up, or simply as a single community of universal moral agreement or reasoning.

The final four chapters analyze Catholic teaching on the body politic, and then flesh that out with chapters on subsidiarity, solidarity and the universal destination of goods. I learned something in each of these chapters, and virtually every page bristles with incisive commentary.

For example, on the subject of subsidiarity and the concern articulated by Pope Pius XI that modern states tend to take on tasks better undertaken by smaller social groups, Rowlands sums up the teaching and gives it contemporary relevance. "As a result, the state becomes less competent in its exercise of power with regard to the things that truly it alone can accomplish," she writes. "Thus, worryingly, the overwhelmed and ineffective state is more likely to become servant rather than master of economic forces. In failing to respect subsidiarity the modern state de-energizes political culture, reduces the spaces in which ordinary citizens learn to practice civic virtues and dispirits the populace, who lose confidence in the abilities of political leaders to lead. Trust in 'government' goes down, yet faith in the nation remains."

This describes contemporary American politics to be sure, and why so many people wrongly look to some kind of savior to rescue us from our political ennui.

I could cite dozens of other important observations in this work. The discussion of Christian personalism, and the critique of it by philosopher Simone Weil is worth the price of admission. So is the repeated, and repeatedly thoughtful, analysis of Pope Benedict's interest in theologizing what has often been a tradition rooted in philosophic first principles.

Critically, Rowlands' is a work of synthesis, bringing into focus and then into dialogue various strands of papal and non-papal theology. She does not discard the central role that truth claims make — that must make — in Catholic theology, but her analysis is never stuck in the ivory tower either. There are few "either-or" formulations in this book.

Instead, each contribution is analyzed and understood as if it were a musical theme in a work of contrapuntal music: The ideas are played in different keys, sometimes they are turned upside down, or a variation is offered, or a new theme enters into dialogue. Like a Bach fugue, you can't remove any of the notes without diminishing the whole, and each person who plays the work will do so a little differently. "The pluralist challenge is not one of simple mutual accommodation," Rowlands observes about the common good, and this book evidences that truth. It is restless as well as penetrating.

For the first time in my life, I have encountered a book for review about which I have not a single criticism. It should be read by anyone who wishes to better understand Catholic social teaching, assigned in seminaries and used in adult faith formation classes. My editor warned me that the first half of this review was "gushy." I plead guilty. This is a magnificent book.