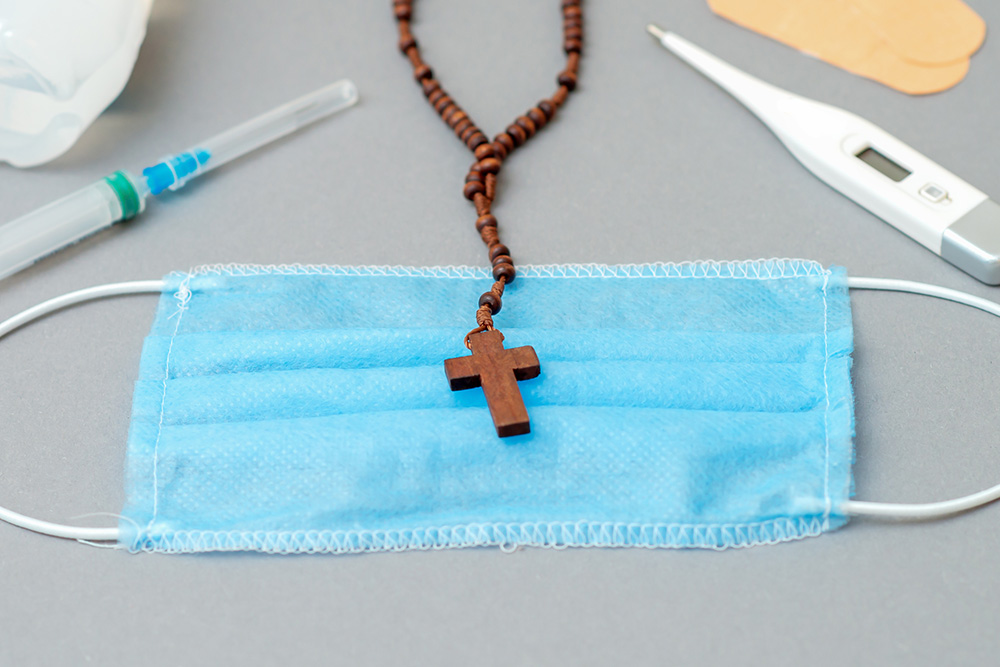 In the post-Roe era, we should not be surprised to find people attacking the Catholic Church, so long a champion of the right to life of all persons, including the unborn. And it is not surprising that some of those attacks should focus especially on the role of Catholic hospitals in this country. We Catholics resist laissez-faire morals in health care just as we resist them in economics, and that makes us some enemies.

What is remarkable, however, is the willingness of some pro-choice advocates to abandon any semblance of core liberal political values in their effort to force everyone, including Catholics, to worship in the Church of Libertarian Self-Assertion. If the First Amendment gets in the way, down with the First Amendment.

Washington Post columnist Kate Cohen is upset that Catholic hospitals have Ethical and Religious Directives that reflect the teaching of the church. Cohen applauds her home state of New York for enacting broad protections for abortion, yet she wants more.

"But I still live in the Commonwealth of Religious Deference, where rules can be broken and citizens can be denied basic services as long as someone has decided that's the way God wants it," she writes.

"Someone" has decided? Does Cohen mean the people, usually women religious, who built Catholic hospitals in this country, bringing health care to the poor, people who could not afford expensive hospitals, long before Medicaid existed? They did so because they believed "God wants" the poor and the sick to be cared for, that caring for them is one of the corporal works of mercy, that is to say, part of the most essential core of what it means to be a Christian.

Or does the "someone" refer to the providers today, still usually women religious or devout laity, who see our health care as a ministry of the church, bringing the healing touch of Jesus to people?

What is remarkable is the willingness of some pro-choice advocates to abandon any semblance of core liberal political values in their effort to force everyone, including Catholics, to worship in the Church of Libertarian Self-Assertion.

I have a problem with the pay scales for lay leaders in this area, but they, too, believe "God wants" such care. They disagree with Cohen about what constitutes care. If a patient wants help killing himself, must we help him? Does the provider have no moral say in the matter?

Yes, Catholics believe that life is a gift from God, to be treated with reverence, and that belief leads to some particular moral stances that are not popular today. It also leads to certain convictions about human rights, including conscience rights. What Cohen demands is not only the right to a tubal ligation or an abortion or some other procedure that a Catholic hospital cannot, in conscience, perform. She demands the right to coerce that hospital into performing those procedures, into violating their conscience to give her what she wants.

Cohen's position on conscience is identical to that of Kim Davis, the anti-gay county clerk in Kentucky who became a cause célèbre among conservative Catholics when she refused to issue marriage certificates to same-sex couples, and would not allow her colleagues to do so in her place. She briefly went to jail for her stance.

Conservatives saw her as a champion of conscience, but that was precisely wrong. As I wrote at the time, "Davis lost her right to consider herself a conscientious objector when she forbade other people from issuing the marriage licenses she did not wish to issue herself. Davis was not jailed for practicing her religion. She was jailed for forcing others to practice her religion."

At America magazine, Chicago Cardinal Blase Cupich and New York Cardinal Timothy Dolan tackled this issue of the conscience rights of our Catholic hospitals in regard to proposed federal regulations that would require hospitals to provide gender transition surgeries.

"This is government coercion that intrudes on the religious freedom of faith-based health care facilities," the cardinals write. "Such a mandate threatens the conscience rights of all health care providers and workers who have discerned that participating in, or facilitating, gender transition procedures is contrary to their own beliefs."

Catholic hospitals should, however, make sure they are not unnecessarily picking a fight with the ambient culture. I recall the effort by the Connecticut bishops in 2007 to defeat a proposed state law that required all hospitals to provide emergency contraception to a rape victim. Busloads of Catholic school children protested at the state capitol building.

The problem was that the church allows the administration of Plan B to a rape victim. When the law took effect, the bishops backed down. The whole episode was a fiasco.

There is also plenty of room for discussion about ways the ethical directives should be more flexible. In emergency situations, a patient might have a greater claim on the conscience of a provider. There are also circumstances in which a tubal ligation could be permitted by Catholic moral norms. And a pregnant woman should not have to be in sepsis to have an already dead, unborn child extracted before it kills her. These issues are for Catholic providers to determine, not people who mock our religious convictions.

Religious liberty, as we Americans understand it, is not only about protecting our sphere of influence. It is about what is required to keep differences of belief from becoming sources of civil discord in a pluralistic society. The religion clauses of the First Amendment are, as Jesuit Fr. John Courtney Murray famously said, "articles of peace," not "articles of truth."

Cupich and Dolan are prevented from telling the administrators at Mount Sinai Hospital, a non-Catholic institution where I was born, what procedures they can and cannot perform, and vice versa. There is nothing to prevent libertarians like Cohen from building a network of hospitals that perform whatever medical procedures they want.

As Catholics, we believe conscience must be formed with a view to the common good, a belief that is often historically and practically, but not necessarily or textually, part of the U.S. constitutional system. It is regrettable that some progressives, in pursuit of specific social goals, have left their liberalism in the dust.