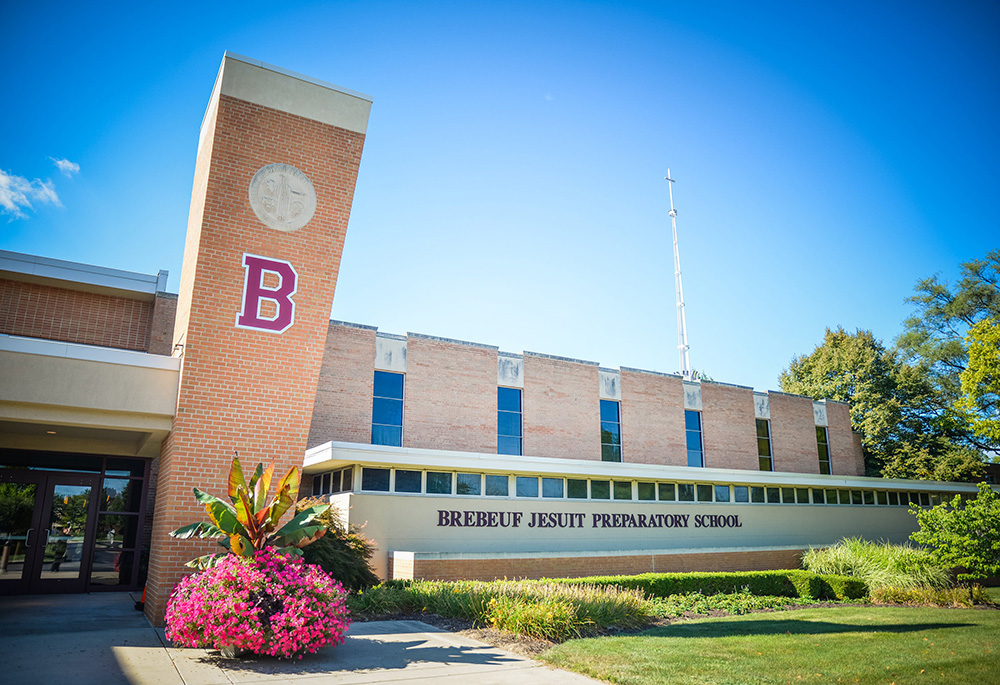 In the years since the Second Vatican Council, and setting aside liturgy, which invites uniquely passionate debates, no issue has been as much debated and as foundational to a host of discussions, as that of conscience. From the council's achievement in promulgating Dignitatis Humanae, the Declaration on Religious Freedom, to the reception — and rejection — of Pope Paul VI's Humanae Vitae in 1968, through Pope John Paul II's 1993 encyclical on moral theology Veritatis Splendor, the U.S. church's struggle with the Barack Obama administration over the contraception mandate, to Pope Francis' 2016 apostolic exhortation Amoris Laetitia, conscience is both at the center of the issue and part of the foundation of the discussion.

Conscience is also the kind of issue about which the church's rich and nuanced teaching regrettably sometimes gives way to bumper sticker sloganeering. During the debate over the contraception mandate, it became clear to me that for many Americans, conscience was what John Henry Newman condemned as the false notion of conscience held in his day in his famous Letter to the Duke of Norfolk:

When men advocate the rights of conscience, they in no sense mean the rights of the Creator, nor the duty to Him, in thought and deed, of the creature; but the right of thinking, speaking, writing, and acting, according to their judgment or their humour, without any thought of God at all. They do not even pretend to go by any moral rule, but they demand, what they think is an Englishman's prerogative, for each to be his own master in all things, and to profess what he pleases, asking no one's leave, and accounting priest or preacher, speaker or writer, unutterably impertinent, who dares to say a word against his going to perdition, if he like it, in his own way.

Conscience, in Catholic theology, is the opposite of willfulness.

A new book, Conscience and Catholic Education: Theology, Administration, and Teaching, edited by Kevin Baxter and David DeCosse (DeCosse is a contributor to NCR), brings together several essays that focus broadly on issues of conscience encountered in the educational field. The essays are uneven but important. In the United States, where Catholic education has such a large footprint and yet our theology of conscience is so easily abused, attending to the issues raised is critical.

The two strongest essays are both from lawyers. Sister of Charity of Nazareth Mary Angela Shaughnessy, who is a distinguished fellow at Loyola Marymount University in Los Angeles, examines which "legal or Constitutional concepts can help Catholic school administrators think respectfully through these difficult decisions" pertaining to non-Catholic faculty and students, as well as Catholic faculty and students who have made conscientious decisions at odds with church teaching. 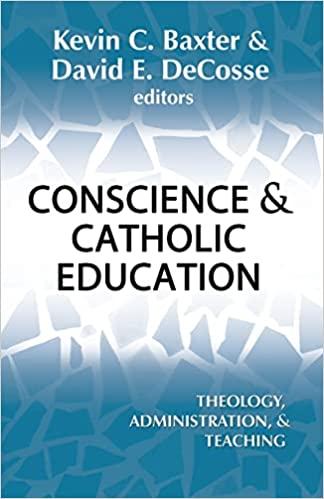 The cover to "Conscience and Catholic Education: Theology, Administration, and Teaching"

Shaughnessy notes that for more than 35 years she has offered a "true/false" test on the proposition: "Students and teachers in Catholic schools do not have the same rights they would have if in public schools." Most think the statement is false, but it is true. She makes the point, so often forgotten by cultural warriors of various stripes, that "First Amendment freedom of expression exists and is protected in the public sector but does not exist in the private setting."

Shaughnessy takes these often contentious issues out of the culture war realm of abstract ideological combat, and reminds us that "There must be boundaries in relationships," and that "All who serve in the educational ministries of the Catholic Church must avoid the appearance of impropriety." After all, if a teacher at a Catholic schools get arrested for something, the newspaper the next will say, "Catholic school teacher arrested … ." All these considerations and legal realities shape what is, and is not, a legitimate exercise of conscience and conscientious objection.

Instead of turning to constitutional law, disputes between an administrator and a student or faculty member at a Catholic school will be considered under the terms of contract law disputes, a point that is placed front and center in the other outstanding essay, that by Boston College professor of both law and theology, Cathleen Kaveny.

Kaveny examines the struggle between the Jesuits at Brebeuf Jesuit Preparatory School in Indianapolis and the local archbishop. The archbishop ordered the school to fire a teacher who had entered into a same-sex marriage and the school refused.

Kaveny takes square aim at the fact that "quandary ethics" — in which neither of two solutions is unambiguously acceptable or preferable — is a kind of default framing in our culture war climate. Not all disputes are civilizational in significance. Instead, she attends to the social formation of conscience by examining the "knotty relationship" between conscience and role. Lastly, she argues that different moral agents can and should expect their conscientious decisions to be respected differently in different social spheres.

Such distinctions may appear dry when presented in abbreviated and abstract form, but they get to the heart of these matters in ways that point towards a better way of resolving them. We are already seeing confusion about the distinction between private and public in light of Supreme Court Justice Clarence Thomas' call to roll back all decisions predicated on a right to privacy. The justice's ideological bomb throwing was matched by those opposite who suggested his approach would threaten same-sex marriage, even though marriage has never been private for legal purposes, and it is the Equal Protection clause of the Fourteenth Amendment, not the unmentioned right to privacy, on which the Obergefell decision was based.

Marquette University doctoral candidate Patrick O'Kernick has a fine essay about cultivating conscience in Catholic higher education. He introduces the "State of the Self Series" with metrics of a kind that usually make me wince, but he had me convinced that such an approach helps both educator and student cope with the fact that students are still forming their consciences, that they are a work in progress. "Many students … [are] alienated from conscience to one degree or another by self-ignorance and self-incompetence," he writes.

The essay by Daniel Castillo, who teaches at Loyola University Maryland, has some fine points, although it is unclear why he stretches to rope in Judith Butler, the feminist scholar at Berkeley who is enjoying a second wave of popularity among Catholic theologians for no apparent reason. Nonetheless, you recognize a fine mind at work when Castillo writes, "it is important to observe that the emergence of Modernity in the West significantly marginalized the sacramental vision of the Catholic Christian tradition and, in so doing, greatly impaired the Christian imagination's ability to render nonhuman creation grievable." His ideas about forming consciences along the lines of Laudato Si' are important.

Other essays are problematic. Jesuit Fr. James Keenan considers vulnerability to be the first building block in moral education. In an interview published here at NCR, Keenan explained that he thought vulnerability was key to dismantling clericalism. I do not find any of this persuasive. In fact, when a person in a position of power starts sharing with the rest of us about how vulnerable they are, all my alarm bells go off.  Keenan's essay is important in other regards, but his starting point seems off to me.

Lisa Fullam, from the Jesuit School of Theology at Santa Clara University, has an essay on serving transgender students in Catholic schools. She rightly calls for educators to pay attention to the science, but she brings none of the caveats a scientific sensibility would suggest: The research is very new, it relies on a great deal of self-reporting, and the sample sizes are really tiny. For example, she writes, "It is becoming clearer that hormone treatments for those who choose to transition are safe, with few side effects." The affirmation cries out for some qualifications (yet? so far?), or a footnote to several studies over many years.

Scholars are expected to entertain opposing theses and contrary data, and work them in to the narrative. Fullam does this in the most dismissive ways. "Extreme gender essentialism is just silly," she observes, and maybe it is, but it never hurts to take seriously the concerns that stand behind a position, especially when those concerns are rooted in societal institutions that have withstood the test of time.

One of the difficulties in compiling a volume such as this is finding the glue that holds it together. Perhaps the essays would have hung together more cohesively if the contributors had all been asked to work their different topics into some kind of dialogue with a common understanding of conscience. For example, Pope Francis said during an Angelus address in 2013:

So we also [like Jesus] must learn to listen more to our conscience. Be careful however, this does not mean we ought to follow our ego, do whatever interests us, whatever suits us, whatever pleases us. That is not conscience. Conscience is the interior space in which we can listen to and hear the truth, the good, God's voice. It is the inner place of our relationship with him, who speaks to our heart and helps us discern, understand the path we ought to take, and once the decision is made, move forward, and remain faithful.

It is Francis' genius to recall that conscience — and all of moral theology — is embedded within relationships, primarily our relationship to God, but our relationships also to one another. It is not about "my truth" whatever that is, but about God's truth, active in the world, in diverse circumstances and relationships, often with competing claims and complicated moral challenges. If each author had somehow responded to the pope's words as part of their task, the whole would have been more focused.

We live at a time when students of theology no longer have a shared understanding of what it means to "do theology" nor a common canon of texts you can presume a theology student to know. Law students have a common core curriculum — torts, contracts, constitutional law, civil procedure, etc. — but no one can be sure a theology student will have studied the documents of the Councils of Trent and Vatican II. Books like this will become harder and harder to stitch together in the future because of these changes in the world of academic theology, which is a shame. This book, even though it is uneven, stimulates the reader to think more deeply about this contentious and important topic.