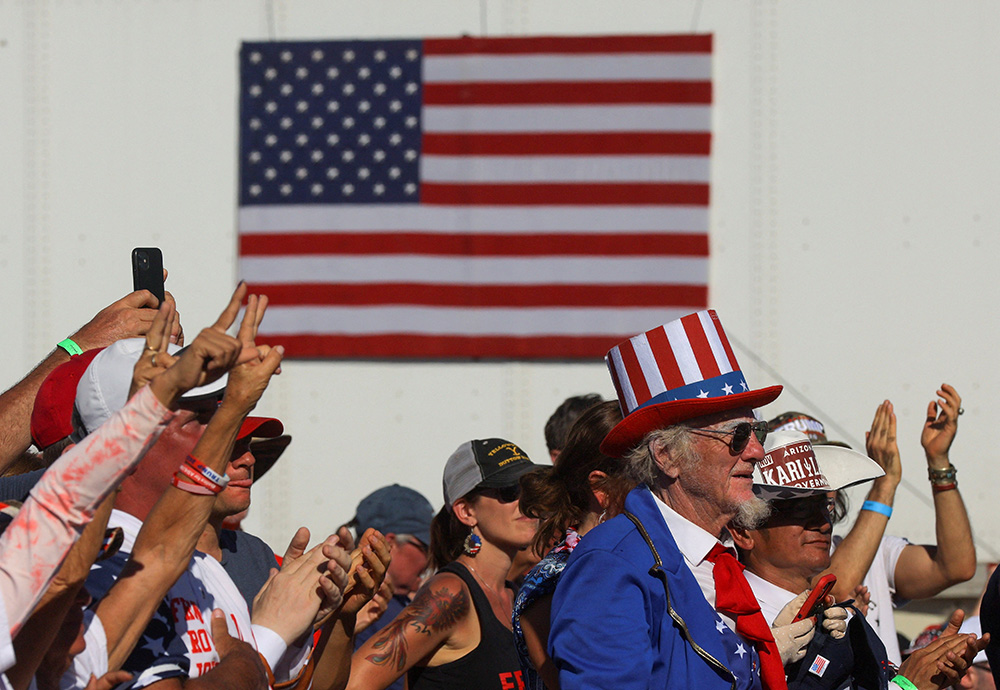 Here's what's worrying me: When I wrote the "Prayer for Leadership" years ago, I was clearly quite immune to the idea that we might already be running out of leaders who were running for election with standard American concerns in mind. Like jobs and wages, protests and peace, equality and new economic security, dignity and the development of all levels of society, and, most important of all, civil rights and human rights.

After all, what else was there? So we went on praying so glibly:

Give us the hearts to choose the leaders
who will work with other leaders
to bring safety
to the whole world.

I knew, of course, that each political party had special concerns. I also knew that each of them insisted that their concerns were most important to the renewal of the country at any given time. But that was the beauty of it, I thought. Sometimes one party promised complex new profits out of complex new schemas or committed themselves to expand us beyond our daily concerns to things like going to Mars. Which we did, in fact, reach.

Every year, we teetered between the two perspectives. And every year we came out fine together. Until now.

Sometimes the other party alerted us over and over again to the needs of those whose own neediness could lower the living standards of the rest of the country. It was imperative, they pointed out, that unless we took specific care of the kinds of projects that would sustain us all, in the end we would all fail. It was, they taught us, things like tuition grants for the children or housing projects for the elderly or health insurance for them all that would really maintain the quality of life for all of us.

Every year, we teetered between the two perspectives. And every year we came out fine together. Until now.

So we went on praying.

Give us insight enough ourselves,
to choose as leaders those who can tell
strength from power,
growth from greed,
leadership from dominance,
and real greatness from the trappings
of grandiosity.

Then, out of nowhere, roaring rallies of insult and invective that we had never heard before as election arguments began to take over our public events.

Violence and lies had become the politics of self-destruction in the "land of the free and the home of the brave." And no one said anything.

As a result, "together" is no longer an American word. Our political parties now seem to be hiding in secret. They say little or nothing, most of them, to call us back to being "united" at all.

It has been a real awakening to see how much the USA might not need to worry about foreign enemies anymore. We have more than enough of them right here — homegrown and adrift in a cloud of conspiracy tales and downright lies.

Nominees of every ilk went on telling us that they were the representatives and senators who could save our lives and our government and our future. How? By doing absolutely nothing at all to change the new tone of division. Of meanness. By never, ever saying a uniting word about saving the United States as an idea to run on in one of its most divided moments. Such bold and brave leaders we had.

Instead, it has been a real awakening to see how much the United States of America might not need to worry about foreign enemies anymore. We have more than enough of them right here — homegrown and adrift in a cloud of conspiracy tales and downright lies.

These are dangerous times.

It was actually German and Australian friends in international settings who asked the question first. "How is it possible," they wanted to know, "to mold and manage a country with any kind of common good at all in a two-party system?" After all, they pointed out, isn't a two-party system just asking for gridlock and partisan rule?

Knowing the entanglements we were already facing, we prayed a bit more pointedly about differences as the cement of our union.

We trust you, Great God,
to open our hearts to learn from those
to whom you speak in different tongues
and to respect the life and words
of those to whom you entrusted
the good of other parts of this globe.

But even the question was unsettling: "Why, that's the way we do everything. We don't have any trouble with it." Then I sealed the situation saying: "Non-party members are more than welcome to run for any office they might choose." And thought about it later ... 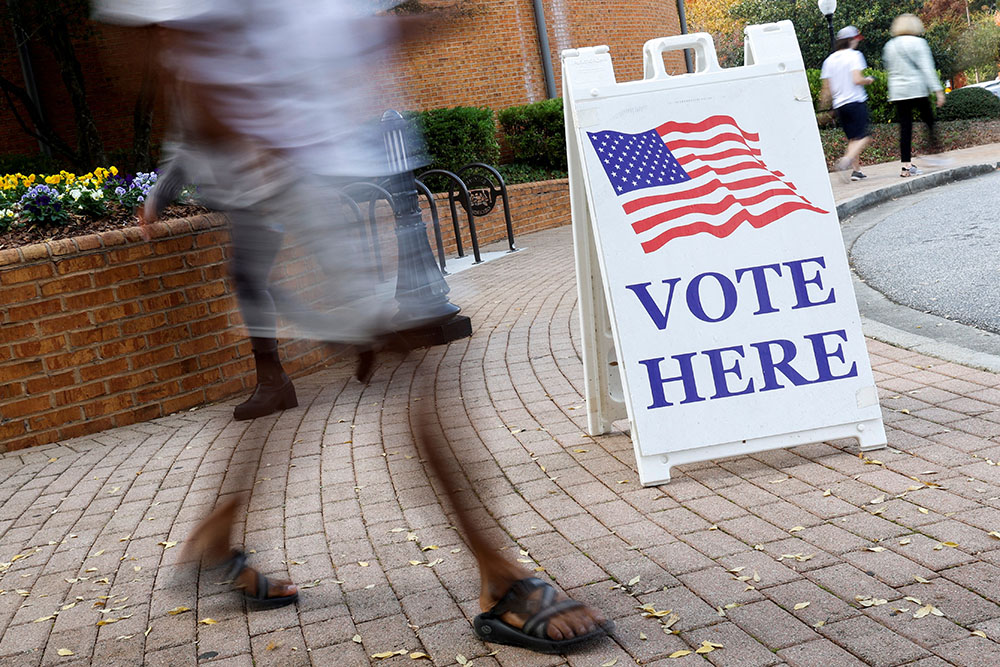 As if independent politicians can get enough money to run for office without being supported by the party system itself, of course. As if, alone, a self-identifying candidate can get the face time it takes to get known in a nation of 350 million people.

Clearly, the two-party system has all the bases covered with team players. So we get the leaders the parties want us to have.

The prayers echo the spiritual issues.

We beg you, Great God,
to give us the vision as a people
to know where global leadership truly lies,
to pursue it diligently,
to require it to protect human rights
for everyone everywhere.

But does it work?

Is it working when one man in one position as Senate majority leader can deny a president the right to choose a member of the Supreme Court, not once but twice?

Is it working when the Supreme Court returns hard questions to the country at large and so turns us into 50 small nation-states as the federal system collapses?

Is it working when one-person, one-vote — our pride and pitiful untruth — turns national elections into an undemocratic electoral college that has deprived the country of hundreds of thousands of votes in the last two elections alone?

From where I stand, it seems that perhaps we ought to be praying more for ourselves these days — for mutual respect, for openness to one another, for our common commitment to the needs of the entire country, for our commitment to the Constitution — rather than for the system's ongoing entanglement in unholy power.

We ask these things, Great God,
with minds open to your word,
and hearts that trust in your eternal care.
Amen.

Read this next: About prayers and principles, and the politicians we elect