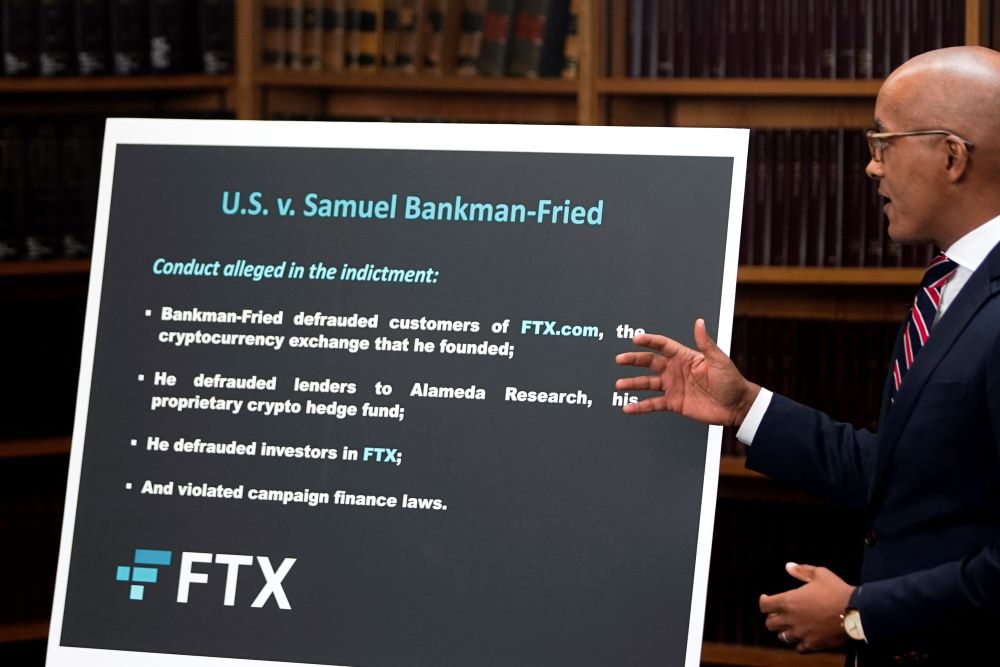 Time for some sermons about the importance of the Eighth Commandment: Thou shalt not bear false witness against thy neighbor. Lying is a bad thing to do. It may be as human as sneezing. It may be true that everyone does it. But it is still a sin.

Sometimes, lying is also a crime and, in the case of the cryptocurrency exchange FTX, lying was allegedly an essential business practice. Fraud is an especially odious form of lying because it not only harms the person who speaks the falsehood, but also those who believe the falsehood and act accordingly. In this case, some of those people lost lots of money.

Well, not exactly money. They lost crypto. I confess whenever I read an article about how crypto currency works, I realize that either I do not grasp the concept or the whole concept smells so fishy I can’t believe anyone would not smell what I do and stay far away from it. Alas, millions of people did not smell anything wrong and some of them made themselves a party to Sam Bankman-Fried's Ponzi scheme.

According to The New York Times, Bankman-Fried "repeatedly lied to customers, investors and lenders about the structure of his business empire and how he handled the billions of dollars in funds that crypto users deposited in his exchange." Only when his crypto empire collapsed did the Feds rush in with indictments.

Currency involves trust. Today, at the fish market, if you hand the fishmonger who had cut you two salmon fillets a $20 bill, he or she takes it. It is a piece of paper with no intrinsic value, as opposed to the fillets. It is accepted not, I suspect, because the currency says "In God We Trust," although trust in God is a fine thing. The readiness to accept the little piece of paper has to do with the words "Federal Reserve Note" on the bill. Currency is guaranteed not by the person who is handing it over in exchange for something of value, but by the Federal Reserve. 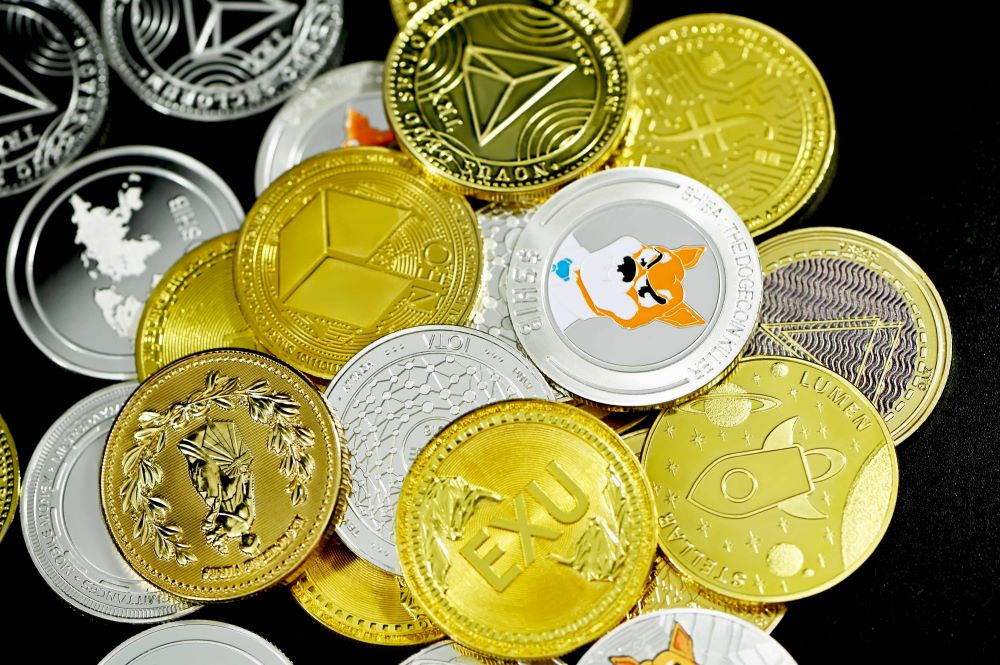 In his masterful book on the changes in debt law in colonial Connecticut, Neighbors & Strangers: Law and Community in Early Connecticut, legal historian Bruce Mann explains that if you wanted to borrow a cup of sugar from me in 1670, you would write in my debt book, and in your own hand, "I owe Michael Sean one cup of sugar." If you never paid me back, I could produce the book, most everyone would recognize your handwriting, and the town elders or local courts would tell you to pay up. This was an early, familiar iteration of "trust, but verify," and it worked in the 17th century.

"Almost 90 percent of all book debt actions filed in Hartford County Court in 1700 were between residents of the county," Mann writes. "In 60 percent of the cases, both debtor and creditor lived in the same town."

The legal system not only guaranteed fairness, it also tried to sustain community relations. "Anthropologists have noted that courts proceed differently in disputes when the parties are tied in a web of relationships than they do when the parties are comparative strangers to one another," Mann observes. "In the former instance, reconciliation is important to enable the parties to continue to live together, as they must in small communities where their paths necessarily cross. In the latter, reconciliation is less important because there is nothing valuable to preserve."

As the nature of the economy changed, and a mercantile society emerged, the laws had to change too. Reconciliation might not be needed, but an impersonal system was devised to allow trade to flourish. "Law became less communal in part because community itself changed. Law and community diverged, as law became more general and community more particular," Mann writes. "The gains in certainty, predictability, and uniformity that accompanied the formalization of legal practice and procedure allowed people from different communities to deal with one another within the common framework of an integrated legal system." Things like promissory notes and early currency notes based on the British pound were introduced.

Legal currency, guaranteed by the government, embodies the kind of  "certainty, predictability and uniformity" that legal changes accomplished in early 18th-century colonial Connecticut.

The hallmark of the cryptocurrency markets is their abhorrence of government regulation, one reason crypto is so popular among libertarians. It is also why the champions of crypto at Bitcoin magazine have attacked proposals to regulate the crypto market as "unconstitutional." The effort to regulate crypto is being led by professor Mann's wife, Sen. Elizabeth Warren.

Should anyone be surprised that the lack of regulation attracted people who were dishonest and willing to dishonestly defraud other people? Sam Bankman-Fried is not an unrecognizable type of entrepreneur in American culture. Indeed, the financialization of the economy creates many ways for people to amass large amounts of wealth without actually contributing anything to the economy: Anthony Annett's criticism, rooted in Catholic social teaching, of this financialization of the economy was one of the strongest sections in his book Cathonomics: How Catholic Tradition Can Create a More Just Economy.

FTX is to our time and economic circumstances what the Enron scandal was 20 years ago and what the Jay Gould and Jim Fisk scandal was to the 1860s — an exaggerated, especially corrupt example of manipulating otherwise permitted, even common, business practices. So long as we are determined to treat these scandals as one-offs, the reforms needed to protect investors will never be achieved. Bankman-Fried may be the world of crypto's worst criminal to date, but there is something rotten in the whole business.

Reminding people about the Eighth Commandment could be the churches' contribution to addressing this scandal, but government regulation will be needed to keep it from happening again.