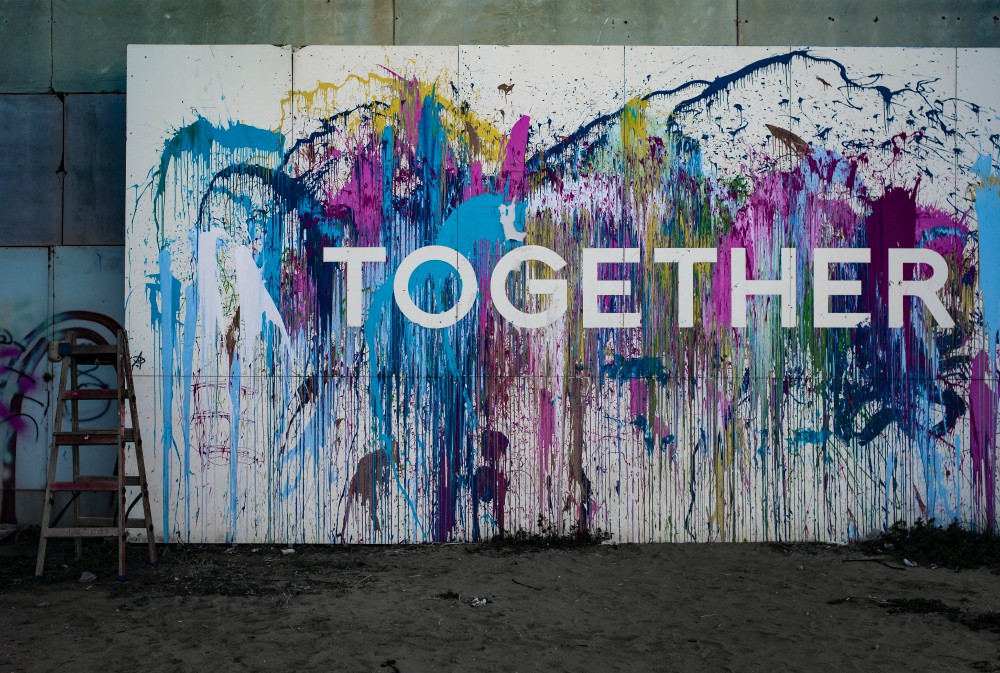 Among the outcries in face of virulent sickness, cries of yearning for a better world have sounded loudly from a wide spectrum of our fellows. Some of them are confidently hopeful, some haltingly rueful, all arising from despair of threatened existence and injustice laid bare.

Disasters instinctively spark generosity and moves to help, a laying aside of personal preoccupations in the service of enlarged compassion and desperate human need. Scattered appeals for improving human welfare accompany the flood of offerings to aid the suffering with money, time and talent.

How long either impulse lasts depends on momentum and circumstances. In the past, significant gains in equality of decency and benefits have emerged from the shock of hardship. Laborer oppression spawned unions. The Great Depression yielded the New Deal. World War II generated the GI Bill of Rights, a huge stimulus for a new middle class. A daring assault on racism and poverty spawned laws against bigotry and a War on Poverty.

All such uprisings inevitably bear marks of self-interest to varying degrees. The cause of worker justice was a particularly pressing issue for Catholic immigrants. Anti-poverty campaigns embraced a broader racial and geographical spectrum.

By contrast, the banking calamity of 2008 broke no significant new ground. The rich and powerful who caused it weren't call into account.

Reform on a grander scale requires continuing vigilance and courage. Political backing for reform can erode quickly and, as in the case of much of the New Deal legislation, can be weakened by relentless conservative attack. Grander visions of a kinder, gentler society tend to evaporate in the allure of self-centeredness that animates so much of the "American way of life."

As the pandemic passes, therefore, the surge of goodwill and giving of self for that better world may slow to a halt. History indicates that the dream of solidarity and justice for all people, witness to an authentic moment of revelation in my view, is likely to be forgotten except among the few who regularly keep that vigil, as we return to the ingrained incentives for survival.

New emergencies offer new potential, however, no matter how dismaying and partial the results of the past. If enough of us submit to a greater, spiritual calling, a thorough transformation could be at hand.

One is the emergence of surpassing, spiritual leadership that establishes that vision in reality beyond ourselves. Abraham Lincoln and the Rev. Martin Luther King Jr. stand among the few who have enlarged the scope and meaning of reform beyond acts of individual charity and direct relief, to the long-term fight for fundamental reforms in human rights. Elevated leaders invite conversion from solely individual aims to core faith in promotion of the common good as the only purpose worth pursuing.

The other essential is for a blueprint that is trusted as the incentive for building a world where human rights are supremely safeguarded and God-given dignity is bestowed on the total human family.

Again, that presupposes a spiritual strength and wisdom beyond our own capacity to evoke. That, in turn, implies conversion at the deepest existential level. It goes beyond (but doesn't exclude) donations to alleviate suffering, to devotion to the cause that entails sacrifice for the greater good. Humane service to any grievous need is sacrifice; in my view, it is inherently spiritual. To remake the world, the deeper that source the better.

Nurturing that depth and source is available abundantly in the New Testament. It exists in Jesus' teachings and St. Paul's letters, speaking all the guidance needed for living a countercultural life of hope and justice. Jesus is portrayed both as the "man for others" and the source of personal faith and salvation. They are knit together without priority. Too often, however, they have been separated into the two camps.

One camp, typically cast as conservative or traditional, dwells on those biblical themes that appear to give primary significance to personal salvation. The other camp has focused more on teachings that suggest wider applications of the Gospel's message to a surrounding world of suffering. Over time, stress on one or the other, an either-or dualism, has fluctuated at the expense of Gospel unity.

Catholic social teaching sublimely distills the New Testament's imperatives for blending the two elements, but runs into that existing obstacle of separate camps. Like the fate of similar social justice teachings in other churches, Catholic social teaching struggles to convince Catholics and others that such a body of teaching is as "real" as the assumed requirements for salvation. Social teachings, especially in the Western churches, strike many Christians as "add-ons" and apps, belonging to a lesser and optional order of teaching.

The Second Vatican Council sought to correct this perception by issuing the Pastoral Constitution on the Church in the Modern World, which appealed for global engagement in struggles for justice and compassion. It seemed to say that "whatever justice aspects of the Gospel have been neglected must be reaffirmed."

To make the point even stronger, Pope Paul VI, who presided over that momentous document, emphasized that the social justice component was a "constituent element" of the Gospel. In other words, it belonged at the heart of Jesus' message, not as "recommended reading" in the margins.

That declaration spurred ministries of peace and justice all over the Catholic world. Pope Francis echoes it at least in calling attention to its most compelling goals.

What is not so evident is the willingness of the church to sacrifice its own resources and well-being to embody that mission in activism that would concretely make a difference. While there are hints of human rights changes within the church regarding women and regarding divorced and remarried Catholics, for example, fulfillment of such hints remains elusive.

Catholic social teaching builds on an inescapable premise: We are created not as solitary subjects left to fend for ourselves but as members of a community of souls who are responsible for the well-being of all other members of that family — to provide everyone with housing, schooling, work, health and freedom to exercise their gifts, whether we like them or not. The godly measure by which to judge policy decisions is the positive or negative impact they have on the poorest and most vulnerable. That is our job.

In the 2016 presidential election, a small majority of white Catholics voted for President Donald Trump, an enemy of the common good by that standard. Non-white Catholics solidly backed Hillary Clinton. What does this say about willingness among Catholic Americans to accept Vatican II's call to justice or the legacy of Catholic social teaching? A little and a lot, perhaps.

Meanwhile, the stream of ardent and sincere calls for a better world continues apace and with notable gravity. With unity, tirelessness and daring, they may amount to something astounding. Moving toward fulfillment of oft-heard sentiment that "we are all in this together" awaits. Great stores of courage, sacrifice and solidarity might succeed in climbing a steep and stormy mountain comprising pieties of self-sufficiency.