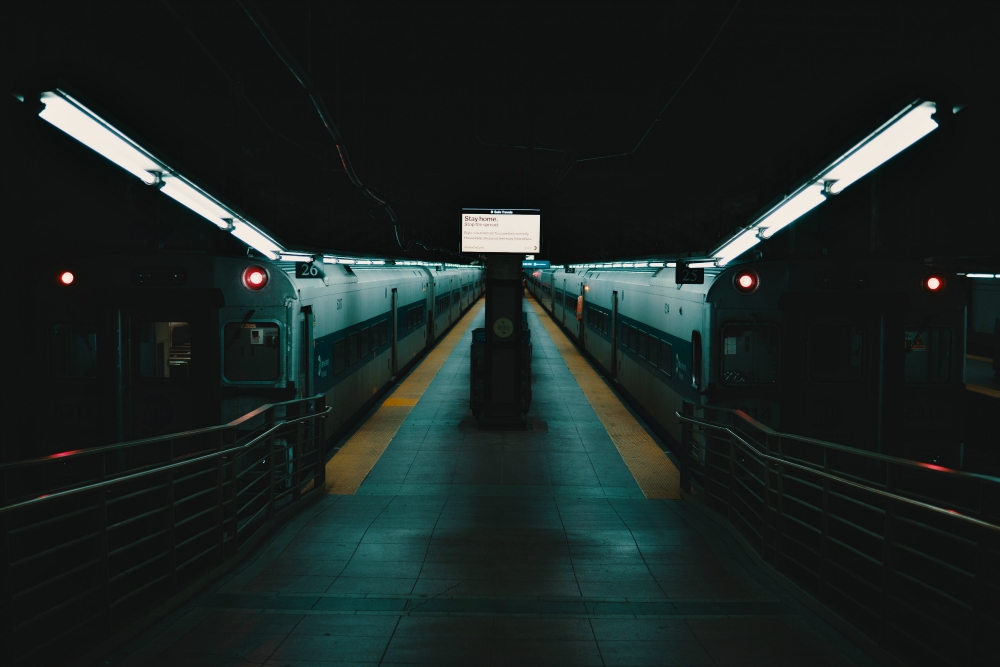 As virus warnings have gone viral, public fears have spiraled. We scurry about devising defenses, hunker down against the invisible scourge and suffer from the helplessness of a stubborn unknown. Where will it end and what are we to do?

Fortunately, the news fueling this anguish wasn't from the first monopolized by the fact-averse, self-serving President Donald Trump. The seemingly random outbreak lent frightening uncertainty to the threat, and names of victims such as actor Tom Hanks and personal friends and relatives intensified the perceived peril.

Astute science experts like the eminent Dr. Anthony Fauci quickly weighed in to combat Trump's ignorance and delusions that made false claims about the disease.

As it was, anxiety had plenty to feed on from the confusing reality, a mixture of sound information and vexingly unanswered questions.

In this charged climate, it may seem simplistic to suggest that the best remedy for the scrambled brain and rumbling stomach is living one day at a time. Though I'm a poor example of what it means to do it, I've come to believe it's a time-tested answer to what keeps me off balance and looking for hope in the wrong directions.

The spiritual variety of living in the day starts with two assertions. One, everyday distress such as anxiety cannot be overcome by personal willpower. Attacking it in the moment only makes it worse. Two, authentic spiritual search isn't about the ego's desires — either goals such as banishing anxiety or gaining future outcomes.

As they say, it is what it is; living today is opening oneself to how a Power Greater Than Ourselves can reshape and heal souls that accept change. It is for me the Wisdom beyond our capacity to evoke or control on our own.

Wisdom of this kind has been espoused by Buddha, Jesus, a host of Dalai Lamas and delivered these days by retreat centers and 12-step programs, albeit in different forms and emphases.

All point to immersion in the present and expanding fuller awareness of that spiritual connection that gets buried under daily stresses. It's a plunge into what may seem the narrower way that paradoxically actually becomes the wider way. A century ago, the "Acres of Diamonds" speech by Temple University founder Russell Conwell captivated the nation. (He spoke it an astonishing 6,152 times.) It depicted a man who searches for fortune all over the world; failing to find it in his travels, he discovers that all the while it exists in his own backyard.

The promise is that the living spirit within us today provides for our deepest needs if we seek it and let it through our walls of fear and defensiveness. Not only that, those gifts of spirit can do the same in all our tomorrows we approach similarly. Tomorrow's crisis isn't yet here; renewal of ourselves is today's job.

Seek solitude. Abandon words. Clear the mind by letting go of obsessions and distractions. Invite help. Wait in silence. Be willing to receive compassion and strength instead of imposing demands. Expect no fortune cookie advice; keep alert to an indwelling of peace, love and belonging to eternity. The meditative and contemplative practices widely shared these days have their own particular, simple steps for moving ahead. Check them out.

Wisdom, as I'm defining it, is the opposite of self-fulfillment, which our age often considers "growth." All around us, we're told to focus on future burdens and warnings. Paint the house or face neighborhood scorn. The imagined pain of an upcoming root canal. Where the kids will get into college. Real future concerns, wrongly obsessed about today.

Wisdom says, improbably for most, that the best we can do about them is to escape the steel traps set in our minds, that widened awareness of truth can do what future fretting can't.

This experience first became real to me 25 years ago while researching a magazine article on prayer. Silent meditation was gaining attention as a long-lost alternative to the standard use of prepared, verbal prayer in Western churches. Along the way, I visited the head of Russian Orthodox Christians in Britain, the late Metropolitan Anthony of Sourozh, a fully present, diminutive man with a renowned reputation for decades of writing and practicing inner spirituality. Among his ministries as leader of his flock, the BBC had coaxed him to debate religious skeptics frequently on its airwaves.

As we talked, he boiled his message down in capsule form. "Everything we need to calm the storms of life is within us. To exist is to find God within," he said. The words sounded fresh, as if spoken for the first time, from the deepest reaches of his being. He had sublimely borne witness to the mystery of the spirit itself.

The connection emerged from trust in the availability of the spirit. Giving up iron autonomy, backing off self-sufficiency. It asked us to let our guard down just enough to let something in, not to invent a higher power but willingness to recognize clues that closed-mindedness had prevented us from seeing or allowing it in. The ticket of admission is a leap of faith accepting the clues.

It involves leaving reliance on words for the uncertainty of silence; the movement from self-as-director to the self-less seeker of the support, guidance and strength that is already there awaiting my willingness to absorb it.

It entails letting in the spiritual nourishment that inherently prepares me to look at whatever happens tomorrow, hope and serenity from beyond myself that change my outlook. When I'm wondering what to do, I don't expect explicit answers as to what sneakers to buy or which school is best for my child. I yearn to believe that spiritual suffusion of daily focus can nourish my inner being sufficiently for me to make sensible choices when the time comes. That I can have enough spiritual assurance and strength to encourage me to use my common sense to take precautions against coronavirus today and refrain from forecasting the situation next week.

Mark Twain is quoted as saying, "I have known a great many troubles, but most of them never happened." The common slogan is that "we only have today." But a lot of my head is often in next week or next year, projecting imagined disasters, rewards and failures. The inner journey in a paradoxical manner doesn't eliminate the future but steers us away from illusions.

It's getting to know a Higher Power who enables us to handle our perplexities so long as we get out of our own way.

It's not about perfection. It's about the direction we take, even in fits and starts.