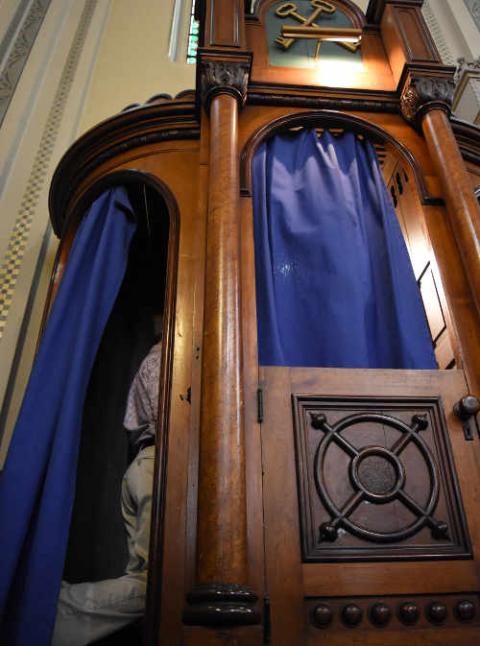 The Australian Royal Commission into Institutional Responses to Child Sexual Abuse has just released its Criminal Justice Report in which it deals with many matters relating to the way child sexual abuse within institutions is handled by the Australian criminal justice system. In the course of that report, it recommends mandatory reporting of all suspected child sexual abuse within institutions and the creation of new offences of failing to take proper care to prevent such abuse.

One recommendation that understandably created some media interest is that there should be no exemption to the reporting requirements for information provided in confession.

The commission’s report produces convincing evidence, not only in Australia, but also overseas, that priest sex abusers used confession as a means of assuaging their guilt. It made it easier for them to repeat their crimes because confession was always available.

Priest sex abusers used confession to assuage their guilt, making it easier for them to repeat their crimes.

In a response to the report, Jesuit Fr. Frank Brennan stated that a civil law requirement for priests to break the seal of confession was unlikely to lead to better protection for children because abusers would not confess such matters if they knew they had to be reported. Brennan said that he would disobey any such law and accept the consequences.

Archbishop Denis Hart, president of the Australian Catholic Bishops Conference, in his response said that the secret of the confessional is a “fundamental part of the freedom of religion…and it must remain so here in Australia.” In an interview on ABC Radio, Hart said he would go to jail rather than breach the secret.

It is surprising that no church representative has mentioned a way in which the church could significantly reduce the risk of breach of the seal by a fairly simple change to canon law based on a problem that has a long history.

Ever since private confession became the practice in the church in the early Middle Ages, there has been a continual problem of priests soliciting sex in the confessional. The church was so worried about the practice that the Council of Treves in 1227 required such priests to be excommunicated. In 1622, Pope Gregory XV required penitents to denounce such priests to the Inquisition or to the bishop, and that confessors should advise penitents of their obligation to do so. In 1741, Pope Benedict XIV confirmed this decree, and added that absolution should be refused to solicited penitents until they denounced their confessors. He also decreed that only popes could give absolution to penitents who falsely accused priests of soliciting.

The persons solicited were mostly women, less so men, but rarely young children because until 1910, they did not go to confession until they reached the age of 12 to 14 years. In 1910*, Pope Pius X reduced the age to 7 years thus broadening the opportunities for paedophiles to find their victims. A number of case studies examined by the Australian Royal Commission confirmed that such soliciting of young children in the confessional had occurred in Australia.

The 1917 Code of Canon Law continued Benedict XIV’s 1741 decree, and required the penitent to denounce the soliciting priest within one month. The 1983 Code abolished the requirement to denounce and the reservation of absolution to the pope for false accusations against priests. Instead, it imposed an automatic interdict, a form of excommunication, on anyone making a false accusation. Canon 982 further provides that anyone who confesses to making a false accusation “is not to be absolved unless the person has first formally retracted the false denunciation, and is prepared to repair damages if there are any.”

Unless there is some other way of repairing the damage, one can only assume that canon law imposes an obligation on the penitent to pay defamation damages, and until they are paid, there will be no absolution.

Canon law does not require clergy who sexually abuse children to be subject to an interdict, and does not require absolution to be withheld until such time as they hand themselves over to the civil authorities.

With the stroke of his pen, Pope Francis could apply the same strict standards that canon law imposes on those who falsely damage a priest’s reputation to the much more serious matter of child sexual abuse. If he did, it would become well known to child abusers in the church that they could not receive absolution, unless they handed themselves in to the police. The problem of the seal would be solved: if the abusers wanted absolution, they first had to hand themselves over to the police, and then there was no need for the confessor to break the seal by reporting; if they did not want to hand themselves over, they would not go to confession, and then there was no confessional seal to be broken. And in the latter case, the abuser would be denied the comfort of confession that the Royal Commission found was a contributing factor in the abuse of children within the Church.

This is a much better solution than Hart and Brennan having to risk becoming bloodless martyrs by going to jail in the defense of the seal, and it avoids endless arguments over the boundaries of religious liberty.

If Francis refuses to change canon law to apply the same canonical strictures to child sexual abuse that the 1983 Code imposes on false accusations of soliciting sex in the confessional, then he leaves himself open to the inference that he regards a priest’s reputation as being more important than the sexual abuse of children.

*Due to an editing error, an earlier version of this article included an incorrect year. 1910 is the correct year.