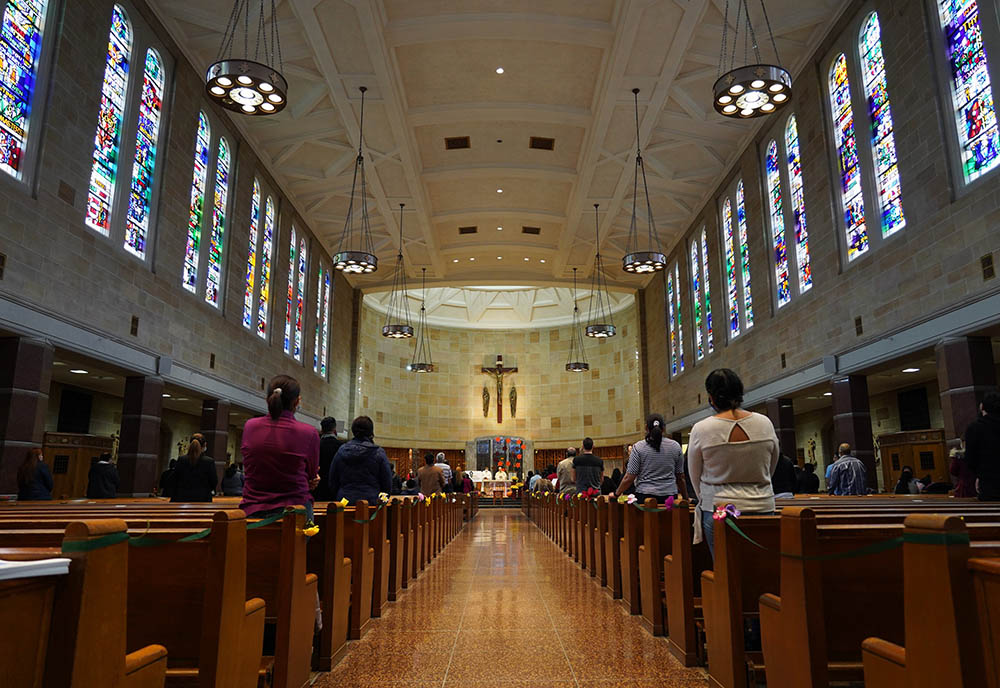 Other than sex, nothing is more heatedly debated by Catholics than the liturgy. Everyone has strong opinions based on years of personal experience.

In the 1960s and '70s, Pope Paul VI implemented revolutionary liturgical reforms laid out by the Second Vatican Council, but after his death in 1978, the Vatican put a stop to the changes. It is now time for a second phase.

The purpose of a transparent and collegial process is to develop good liturgy that is supported by a consensus within the community.

In this column, I offer my own ideas on improving liturgy as an attempt to get the conversation going, inviting liturgical scholars and others to consider my proposals (transparently and collegially).

The Roman rite was developed in Italy and Western Europe centuries ago. St. John Paul II wrote beautifully about the importance of inculturating Christianity — grounding it in cultures beyond its European base. The unanswered question is how to carry out inculturation in concrete terms in the liturgy today.

Each bishops' conference needs to be encouraged to gather scholars, poets, musicians, artists and pastors to develop liturgies for their specific cultures. When liturgy is out of touch with local culture, it becomes boring and dies. These new liturgies need to be beta tested before adoption.

Bishops' conferences should discuss whether new liturgical ministries are needed and who may be called to perform liturgy. Can the work of liturgy be separated from the work of administration? Do all liturgical leaders have to be celibate, male, full-time employees? Can a deacon or layperson anoint the sick or hear confessions? In an age of declining numbers of priests, such questions must be faced.

Besides liturgical renewal, Vatican II emphasized improving relations with other Christian churches. One way to do that is to move our liturgical ceremonies closer together. Is the Eucharist a sign of the existing unity among churches, or can it also be a means of fostering unity? The former excludes intercommunion; the latter does not.

The church might also allow Catholics' spouses to share Communion if they share our faith in the Eucharist. In 2015, a Lutheran asked Francis what she should do at Communion when she joins her Catholic husband at Mass. The pope answered sympathetically, but indicated his reluctance to changing church policy. He ended by saying, "Talk to the Lord and then go forward." Many took this to mean the woman should follow her conscience.

Theologically, if a couple is united in the sacrament of matrimony, how can we not allow them to be united at the Eucharist? Pastorally, the practice of barring the non-Catholic parent from Communion gives the children the impression that the church thinks their parent is a bad person.

When he headed the Congregation for the Doctrine of the Faith, Joseph Ratzinger, now Pope Emeritus Benedict XVI, insisted that liturgical texts be translated word for word from the Latin. Experienced translators and liturgical scholars disagreed, and consider the resulting English translation woefully inadequate. There was another, better translation done in 1998, which was approved by the English-speaking bishops' conferences but rejected by Rome.

It is more important that the meaning of the text be communicated clearly than that the translation be literal. There is no reason the hierarchy could not allow priests to use the 1998 translation as an alternative, allowing the priest decide which translation works best in his parish. This option would be limited to the priest's prayers at Mass, since it would be too confusing to change the people's responses without extensive preparation.

After the Pauline reforms of the liturgy, it was presumed that the "Tridentine" or Latin Mass would fade away. Bishops were given the authority to suppress it in their dioceses, but some people clung to the old liturgy to the point of schism.

Benedict took away the bishops' authority and mandated that any priest could celebrate the Tridentine Mass whenever he pleased.

It is time to return to bishops the authority over the Tridentine liturgy in their dioceses. The church needs to be clear that it wants the unreformed liturgy to disappear and will only allow it out of pastoral kindness to older people who do not understand the need for change. Children and young people should not be allowed to attend such Masses. 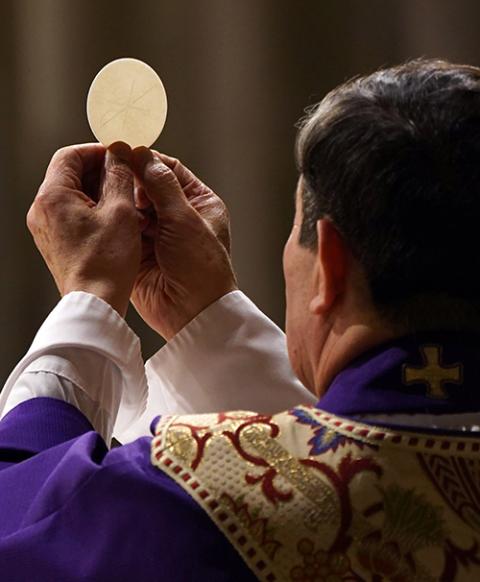 The eucharistic prayer is sadly given little attention by the faithful or many priests reciting it. Too many focus exclusively on the consecration of the bread and wine while ignoring the meaning of the prayer. There are currently 13 approved eucharistic prayers, though most priests use the shortest, Eucharistic Prayer II.

The Eucharist developed out of the experience of the Last Supper, which was a Passover meal. As a result, eucharistic prayers were modeled on the Jewish Passover or Sabbath prayers (berakah) said by the father of a family at the meal. They begin by remembering and giving thanks and praise to God for his actions on behalf of his people. For Jews, that begins with creation and includes God's works recounted in the Old Testament.

Like the Passover meal, the Eucharist is a sacrificial meal through which the family is united with God and one another. It is also an opportunity to remember and renew their covenant with God. We give thanks to God for his actions through history, especially for Jesus' life, death, resurrection and promise to return. Through the Eucharist we renew our covenant with the Father through Christ.

The church needs more and better eucharistic prayers based on our renewed understanding of the Eucharist.

It would also be nice to have eucharistic prayers that use more biblical language. When the Gospel reading is from Luke, the priest could use a eucharistic prayer evoking the language and theology of Luke. A unique "preface" for each Sunday that picked up themes from the Scripture readings could also tie the Liturgy of the Word and the Liturgy of the Eucharist more closely together.

Other eucharistic prayers might develop other themes — the church's concern for the poor, or for justice, peace, healing and the environment. All of these new prayers would require beta testing before adoption.

Originally, the kiss of peace occurred at the conclusion of the Liturgy of the Word, where it symbolized the agreement of the community to commit itself to what it had heard in the Scriptures. With proper explanation, it would be a good idea to provide this ancient practice as an optional alternative to its current place before Communion.

After the Lord's Prayer, the priest breaks off a piece of the host and drops it into the cup. In ancient times, bishops instead sent this piece, called the "fermentum," to parishes in their dioceses, whose pastors would put it in their chalices as a symbol of communion.

The practice could be revived during Holy Week, when the bishop could send the fermentum from Chrism Mass, in Holy Week, for pastors to drop in their chalices on Holy Thursday or Easter Sunday. On special occasions (perhaps Eucharistic Congresses), the pope could share fermentum with bishops around the world, who would place it in their chalices.

And as ecumenical relations improve, the pope might share the fermentum with the ecumenical patriarch or other Christian bishops. Popes have already shared episcopal rings and croziers with non-Catholic bishops; sharing the fermentum would be a logical next step.

I doubt I will see many of these reforms in my lifetime, but we need to begin talking about the future of liturgical reform. The conversation will reveal what we think about Christ, the church and our place in the world.