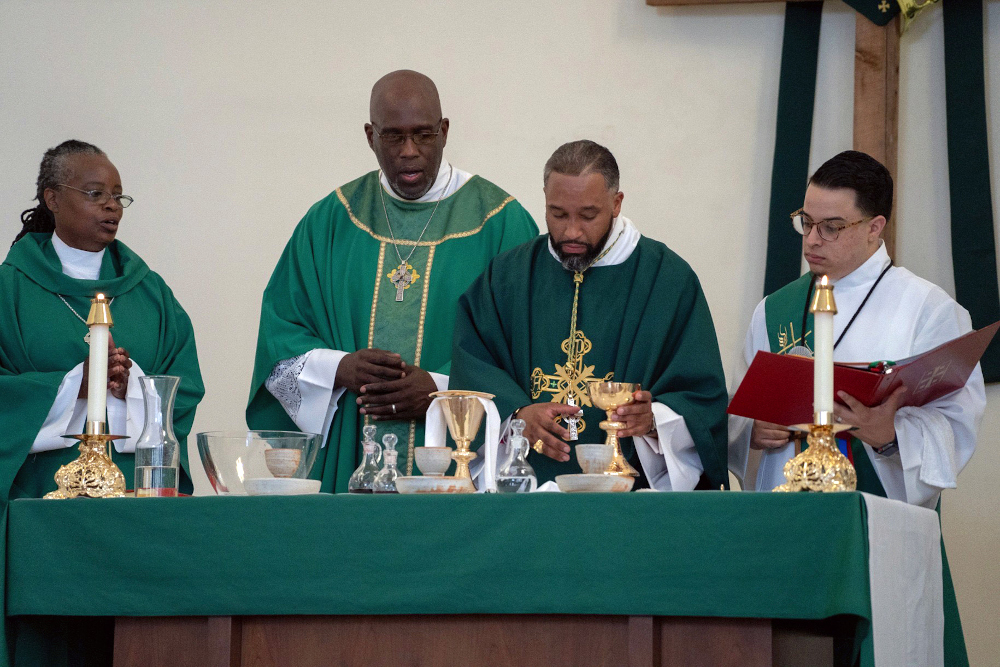 If the pope asked you what you thought about Catholic liturgy, what would you say to him? What is going well? What needs to change?

Bishop Claudio Maniago of Castellaneta, president of the Italian bishops' conference's liturgical commission, must answer these questions for the pope, who asked him to do a “visitation” of the Congregation for Divine Worship and the Discipline of the Sacraments. Although charged with overseeing liturgy for the church, the office has done little to support badly needed liturgical reform.

The nature of the visitation has not been officially described, but with the recent retirement of Cardinal Robert Sarah, the office's prefect, it might be comparable to a consultant being called in to look at a floundering business before a new CEO is appointed.

Immediately after the Second Vatican Council, Pope Paul VI successfully implemented the most radical liturgical reform in the history of the Catholic Church — a reform that embodied a renewed ecclesiology and enhanced the Mass and other sacraments' relationship to contemporary cultures. To execute the reform agenda, he bypassed the congregation and created the International Consilium.

A small but vocal minority of Catholics objected to the changes, some of whom even went into schism. They wanted to keep Latin and opposed Communion in the hand, the kiss of peace, lay ministers of Communion, altar girls and contemporary songs, not to mention the theology behind the reforms.

After Paul, the Vatican bureaucats put the brakes on liturgical reform, disappointing reformers who hoped his changes were just the beginning. Although John Paul II wrote eloquently about the need to adapt Christianity to local cultures and even did experimental things in his own liturgies, he never pushed for further adaptation of the liturgy. Benedict XVI focused on strict translations of liturgical texts and allowed more extensive use of the pre-Vatican II Mass. Liturgical reform has not been a priority for Francis.

The prefects who headed the congregation have rarely been liturgical experts and have exhibited little interest in reform. Many got their jobs simply because they were cardinals. Sarah only moved to the congregation in 2014 because his earlier position as head of Cor Unum was eliminated by Francis' curial restructuring.

The appointment was a disaster, a prime example of how Francis’ kindness to his Vatican subordinates can damage the church. Sarah even recommended a return to saying Mass with the priest's back to the pews. Francis may rail against clericalism, but he still treats his curial cardinals like princes.

And while the staff of the congregation, for the most part, is well trained, many of the advisers to the congregation were appointed for ideological reasons (support for the Tridentine Rite, or Traditional Latin Mass) and have no degrees in liturgy.

If I were advising Maniago, I would suggest that his report cover both process and policy. I will give my recommendation on process here; my suggestions on policy will await another column. Some of these recommendations could be applied to other curial offices as well.

First, the pope should appoint a search committee to find a new prefect, made up primarily of bishops who chair the liturgical committees of their bishops’ conferences. These bishops deal with the congregation on a regular basis and would know what kind of leader is needed. (Maniago could head the search committee, except he might be a good candidate for prefect.)

Likewise, the congregation should confer at least annually with all the chairs of bishops’ conferences liturgy committees. During these meetings, the prefect and staff should spend more time listening than talking.

Third, the congregation should establish a process for encouraging and authorizing liturgical adaptation. It is important that this whole process be transparent and collegial, or as Francis would say, “synodal.” The day is past when the Vatican can consult its favorite experts and then impose its views on the whole church without adequate consultation.

For this purpose, the congregation could encourage liturgical scholars to develop recommendations based on conferences held around the world. It could encourage bishops or bishops’ conferences to establish, perhaps at universities, centers for liturgical experimentation where ideas could be tested on willing communities.

Ideally, before the congregation did anything definitive, it would go through a public process.

First, the congregation should issue a document describing possible changes and call for input. Second, it should consult with experts and chairs of conference liturgical committees and then publish a draft proposal. Third, based on responses to the first draft, it should revise and beta test the proposal. New liturgical practices should never be imposed on the universal church without beta testing. Fourth, it could publicize a final proposal and submit it to the pope.

The danger of making the process transparent is that opponents of change will be louder than proponents, but transparency can also contribute to improving the final product and helping people understand the change. One of the aims of the process should be to build support for the change. If support is not forthcoming, then they will need to rethink the whole idea.

Ultimately, the process must lead to liturgical practices that help the people of God to celebrate their Christian faith and identity. Liturgy is about giving praise and thanks to God through Jesus Christ. It is also about being transformed by the Spirit so that, as a Christian community, we can continue the work of Jesus in our world.

My suggestions for specific liturgical reforms will be made in a future column. If you have suggestions, give them in the comment section below.

Read this next: Ideas for the future of Catholic liturgical reform
A version of this story appeared in the May 14-27, 2021 print issue under the headline: Visitation of Vatican liturgy office could lead to reform.