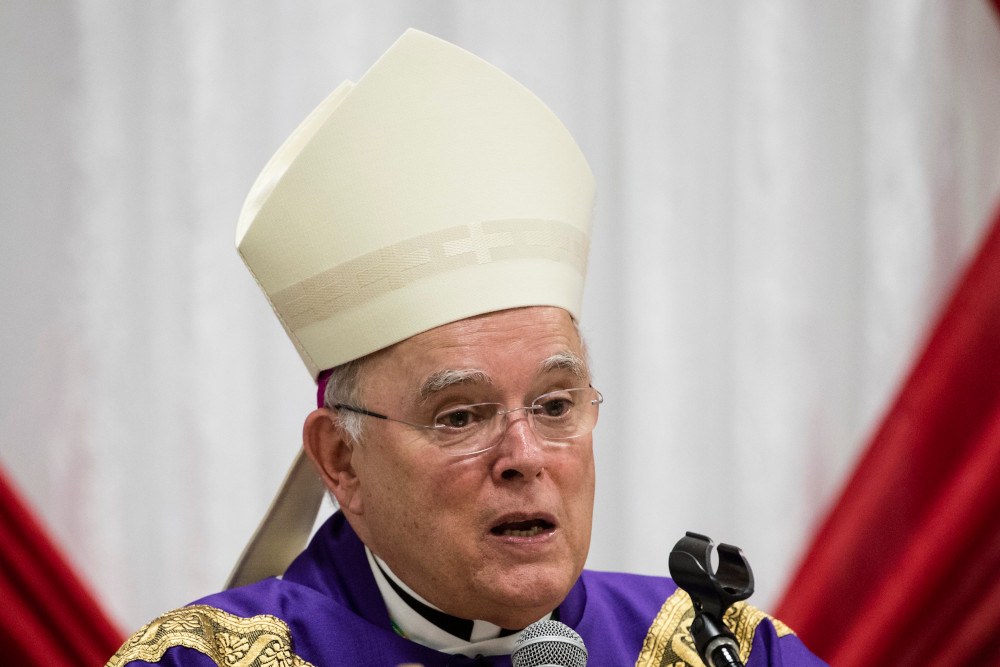 In this Dec. 18, 2017, file photo, Philadelphia Archbishop Charles Chaput celebrates Mass with inmates at the Curran-Fromhold Correctional Facility in Philadelphia. The Vatican announced Thursday, Jan. 23, 2020, Chaput, who will step down after turning 75 last year, the traditional retirement age for Catholic bishops, will be replaced by bishop of Cleveland Nelson Perez. (AP/Matt Rourke, File) 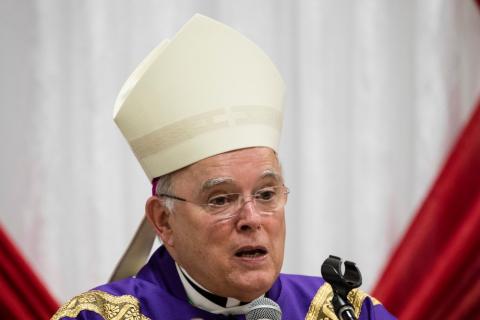 In this Dec. 18, 2017, file photo, Philadelphia Archbishop Charles Chaput celebrates Mass with inmates at the Curran-Fromhold Correctional Facility in Philadelphia. The Vatican announced Thursday, Jan. 23, 2020, Chaput, who will step down after turning 75 last year, the traditional retirement age for Catholic bishops, will be replaced by bishop of Cleveland Nelson Perez. (AP/Matt Rourke, File)

As archbishop of Philadelphia, Charles Chaput was not afraid to take a different line from the pope on issues facing the church. In 2016, after Pope Francis opened the possibility of Communion for divorced and remarried Catholics, Chaput added a stipulation: In his diocese, such couples who wanted to receive the Eucharist would have to abstain from sex.

More recently, he criticized the Rev. James Martin, a Jesuit priest whom the pope has met with and encouraged in his ministry to LGBTQ Catholics.

A Catholic bishop, even one who disagrees with a new pope, cannot just be fired and replaced. The pope must wait until the bishop reaches retirement at 75 years of age before appointing a successor.

But if change is slow, the direction is clear, and Francis, like popes before him, is slowly filling the American hierarchy with bishops who reflect his values and priorities.

That's what happened last week when Francis accepted the resignation of Chaput, the conservative culture warrior who turned 75 in September, and appointed Nelson Perez to be the next archbishop of Philadelphia. Since 2017, Perez has been bishop of Cleveland, where he had succeeded an unpopular bishop who had been tainted by his association with disgraced Cardinal Bernard Law of Boston.

But don’t think that Perez is a liberal who will lead his flock to the barricades calling for a change in church teaching on the ordination of women, gay marriage or birth control. That is not going to happen, any more than Francis would change such teaching. But neither sees any point in obsessively repeating arguments when everyone knows what the church teaches.

Rather, the most noticeable change between Perez and Chaput will be one of style. Chaput saw himself as an intellectual who had to take on American culture and politics when he thought it was out of line with church teaching. If he had not been a priest, he would have been happy as a conservative academic, commentator or talk radio host.

With Chaput's retirement, the conservative bishops in the U.S. have lost their intellectual leader and the American church has reached a turning point. Chaput and Cardinal Francis George of Chicago, who died in 2015, had been the most forceful conservative voices in the American hierarchy for a generation. With both of them gone, we will see a more pastoral vision of Catholicism promoted by the bishops.

A similar turning point occurred in the opposite direction when Cardinal Joseph Bernardin of Chicago died in 1996. Bernardin had led the American bishops in reforming the church after the Second Vatican Council (1962-1965). With his death, the progressive movement among the American bishops died too. St. John Paul II had succeeded in remaking the American hierarchy in a more conservative direction, a scheme in which Chaput was the ideal bishop. 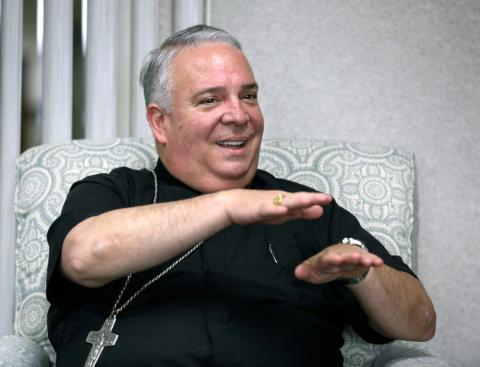 In this May 30, 2018, file photo, Cleveland Bishop Nelson Perez talks during an interview in Cleveland. The Vatican announced Jan. 23, 2020, that Perez will become the new leader of the Archdiocese of Philadelphia, making him the first Hispanic archbishop to lead the region’s 1.3 million-member flock. (AP/ The Plain Dealer/ Lisa DeJong, File)

Now the pendulum is once again swinging the other way.

No culture warrior, Perez is a pastoral bishop who is most comfortable being with his people. He is not looking for a fight, but sees himself manning the “field hospital for the wounded,” a favorite image of the church for Francis. Perez's emphasis will be on caring for the poor and the marginalized. We won't see him denying Communion as a political or pastoral weapon. Communion is food for the wounded, not a reward for the perfect.

Francis has been very clear about the kind of bishops he is looking for. He has repeatedly told bishops and priests not to act like princes who treasure their status and authority. Rather, they should be “gentle, patient and merciful.” For Francis, leadership means service. He wants bishops who spend time with their people, not with the rich, so that they “smell like their sheep.”

Like the pope, Perez is more interested in how people live their faith than how they explain it. Caring for the poor, refugees and marginalized is how the faith is practiced. It is lived through love, compassion and reconciliation in families, communities and the world.

Though the people of Cleveland loved him and are sorry to see him leave, Perez is a perfect fit for Philadelphia. He was trained in its seminary and served in its parishes. He knows the diocese and its priests. He is comfortable with its people. He is relaxed and has a self-deprecating sense of humor.

And Philadelphia, one of the most conservative dioceses in the country, has welcomed him. As one Philly commentator put it, “he speaks both Philly and Francis.”

Perez will have real challenges with the Philadelphia clergy, who are very clerical in their attitudes. But he will undoubtedly teach them more by example than words that priesthood is about service, not status and power.