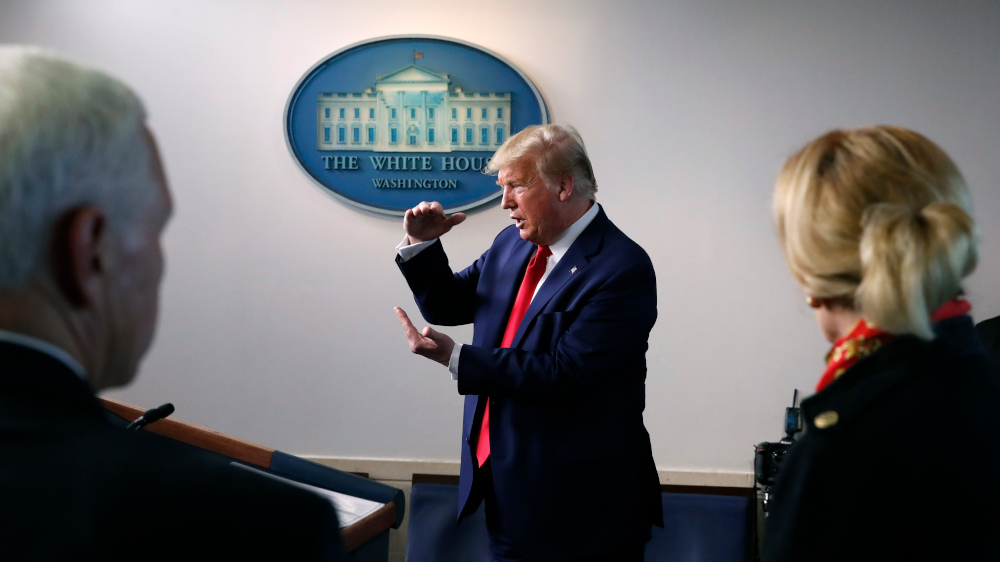 Has President Donald Trump put the lives of his supporters at risk because of his early downplaying of the coronavirus epidemic?

Although he now is saying 100,000 deaths will be a win, for months  the president ignored warnings from professionals and told the country not to worry.

In January, he said that the situation was "under control" and "it's going to be just fine." "We have very little problem in this country," he said later in January. As late as March 5, he tweeted that we had "only 129 cases." On March 12, he said we have "very few cases" compared with other countries. Numerous times he compared the virus to the flu.

Republicans are inclined to believe and defend anything the president says, while Democrats are skeptical of anything he says.

This also applies to the coronavirus. According to a poll taken by the Pew Research Center in mid-March, "59% of Democrats and Democratic-leaning independents say the outbreak is a major threat to the health of the U.S. population as a whole; only 33% of Republicans and Republican leaners say the same."

The same survey found that 76% of Republicans thought the media exaggerated the risks of the virus, while only 49% of Democrats felt the same way.

Likewise evangelical Christians. The same Pew survey found that in mid-March, 77% of white evangelicals were confident that Trump was doing a good job responding to the coronavirus outbreak. Other religious groups were more skeptical. Only 52% of Catholics, for example, felt the same. For the unaffiliated, the number was 28%.

When the coronavirus epidemic is over, social scientists are going to have a field day examining the impact of Trump's leadership, or lack of it, on the contagion.

Such studies will have to control for many other factors, such as age, occupation and income, but the results will certainly be interesting one way or the other.

So far, the evidence is mixed. The Pew data indicates that Republicans are risking their lives because they trust the president. But New York City is very blue and very sick.

On the other hand, we are still early in the epidemic.

Public health professionals fear Florida will be a disaster because the Republican governor waited until April 1 to put the state on "stay at home" restrictions, after saying he'd do so only when the White House told him to.

In Texas, it was the big-city mayors who joined together to support "stay at home" and social distancing after tiring of waiting for the state's Republican governor to take action. The uneven restrictions may mean we will see death rates vary by county in Texas.

Certainly, there will be more deaths in cities, which are traditionally Democratic, than in rural areas because more people live in cities. But will the number of deaths per thousand residents vary significantly? Rural areas and small towns (Trump country) have fewer doctors and hospital beds per thousand people than cities. They will probably be hit later but still hard as the contagion spreads.

As more and more Republicans and evangelicals get sick and die, will Trump be in trouble or will they continue to support him to the end? "Put not your trust in princes," warns the psalmist.