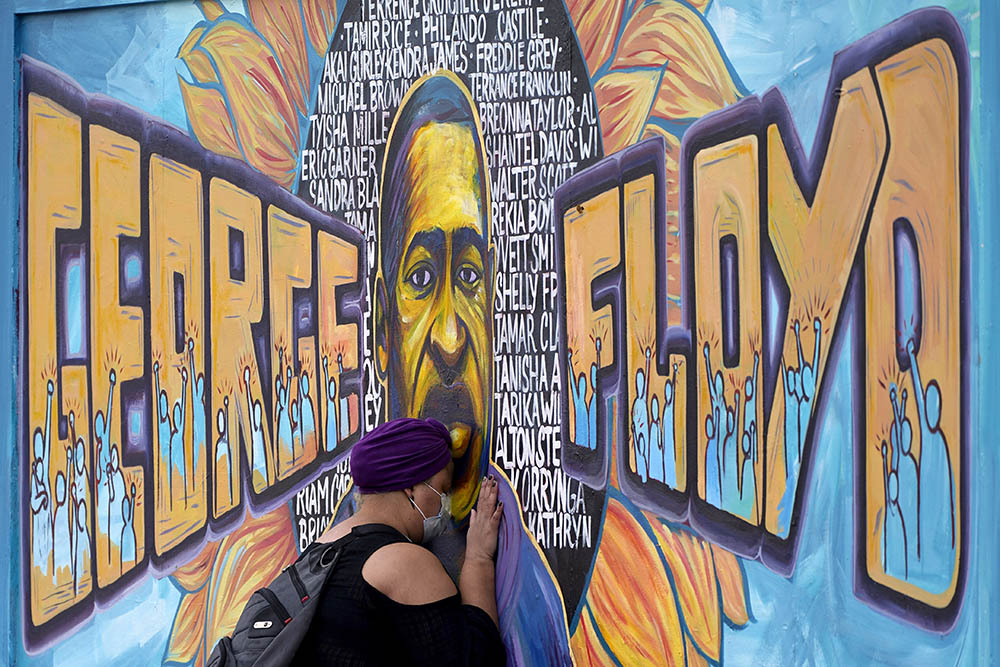 The American Catholic bishops are frequently criticized by the left and the right for what they say in the political arena. Conservatives want them to speak out more on abortion and gender issues and less about immigration and the poor. Progressives, on the other hand, want them to do exactly the opposite.

But it's what the bishops haven't said, particularly on racial justice, that has kept them from being a more prophetic voice in American life. Few if any bishops, for example, have participated in the Black Lives Matter movement or said anything about voter suppression laws. African Methodist Episcopal clergy, on the other hand, have rallied and threatened boycotts over voter suppression bills in state legislatures across the country. The U.S. Conference of Catholics Bishops has said nothing.

The reluctance of Catholic bishops to take on racial issues has deep roots in Catholic history. Catholic bishops did not lead in the abolition movement. Catholic immigrants, many of them poor, did not want to die to free Black slaves. Instead, during the Civil War, Catholics who could not afford to buy their way out of the military draft like wealthier Americans rioted in northern cities.

Catholics suffered from discrimination and prejudice themselves. "Irish need not apply" signs were prevalent in the Northeast. The Ku Klux Klan was not only against Blacks, but also Jews and Catholics.

As Catholics gained power in cities through Democratic Party political machines, that affiliation meant that nationally they were aligned with the Dixiecrats of the South, an alliance that inhibited their helping Black Americans. Meanwhile, employers did their part by pitting Catholic immigrants against Blacks in the competition for low-skilled jobs.

Related: When will the US bishops address the evil of systemic racism head-on?

In all of this, the Catholic bishops reflected the political and social environment from which they came. Diocesan seminaries were unwelcoming to Black vocations.

When the civil rights movement began, nuns, not Catholic bishops, marched with the Rev. Martin Luther King Jr. Today, almost every bishop will quote King, but their predecessors would not go near him.

The bishops did issue statements in 1958 (against segregation and Jim Crow laws) and 1968 (against racism and policies that led to urban disturbances), and more comprehensive statements in 1979 ("Brothers and Sisters to Us") and 2018 ("Open Wide Our Hearts"). Black bishops had a strong voice in writing the last two documents, but many saw the statements as "too little too late" rather than revolutionary.

Despite these documents, the bishops still had trouble responding during the last year to racial issues that were, along with COVID-19 and the economy, at the top of people's concerns.

In May 2020, after the death of George Floyd, the U.S. Conference of Catholic Bishops issued a strong statement by the chairs of seven of its committees.

"We are broken-hearted, sickened, and outraged to watch another video of an African American man being killed before our very eyes," said these mostly progressive bishops. "What's more astounding is that this is happening within mere weeks of several other such occurrences. This is the latest wake-up call that needs to be answered by each of us in a spirit of determined conversion.

"Racism is not a thing of the past or simply a throwaway political issue to be bandied about when convenient," they wrote. "It is a real and present danger that must be met head on."

"While it is expected that we will plead for peaceful non-violent protests, and we certainly do," they continued, "we also stand in passionate support of communities that are understandably outraged."

Later bishops' conference statements tended to stress the need for protests to be peaceful rather than passionately supporting Black communities.

For example, on Martin Luther King Day this year, Archbishop José Gomez, the bishops' conference president, issued a statement that spoke less about justice than about the need to avoid violence. Likewise, last August, the conference urged prayer and fasting in the wake of the violence in Kenosha, Wisconsin.

What progressives and Black Catholics would have preferred was a full-throated cry for racial justice and an end to police violence. They wanted to see the bishops supporting Black Lives Matter.

Bishops have a difficult time joining with any group unless it agrees with the bishops on all other issues. This, of course, is politically unrealistic, but it is why you rarely see the bishops sign on with other groups.

In addition, bishops know that their flocks are politically divided, and except for a few issues like abortion, they do not want to appear to take sides. Nor is it insignificant that the police, like the clergy, have always been a heavily Irish Catholic profession. Almost every bishop would have a family member or friend who is a cop.

In June of last year, three bishops' conference chairs did send a letter to Congress on police accountability and reform. As the bishops' conference press release explained, "The bishops note that, although law enforcement officers offer 'a great and needed service,' the 'terrible and unjust killing of George Floyd, Rayshard Brooks, and so many more,' demonstrates that there must be 'better practices for formation and accountability for police, certainly in the use of lethal force, but also in patterns of discrimination and prejudice, so that real accountability can happen before more lives are lost.' "

Not cited in the press release are the letter's specific policy recommendations. These include "collection of data on use-of-force, training towards de-escalation, work to end racial profiling, doing away with chokeholds, using body cameras, greater accountability and means of redress regarding those who exercise public authority, and a commission to study the issue further and make additional recommendations."

Nothing is said in the letter about taking money from police budgets for use in alternative responses to 911 calls. They do, however, cite Pope Paul VI's famous saying, "If you want peace, work for justice." They go on to say, "When protesters shout, 'No justice, no peace,' perhaps without realizing it, they are paraphrasing an axiom of the Church."

The record of U.S. Catholic bishops on race is mixed. Simply counting the number of press releases indicates that abortion and immigration are more important to them. To say they do not care about racism is slanderous, but neither can it be said that they are leaders on this issue, except for Black bishops, like Cardinal Wilton Gregory of Washington.

The other bishops, like most of white America, will usually say the right thing when the issue of racism comes up, but it does not haunt them daily like it does Black Americans.

Catholics deserve better leadership from the bishops in the struggle against racism. We need to see them in the streets with Black Lives Matter and we need to hear them speaking out against voter suppression. Our church needs it; our country needs it.