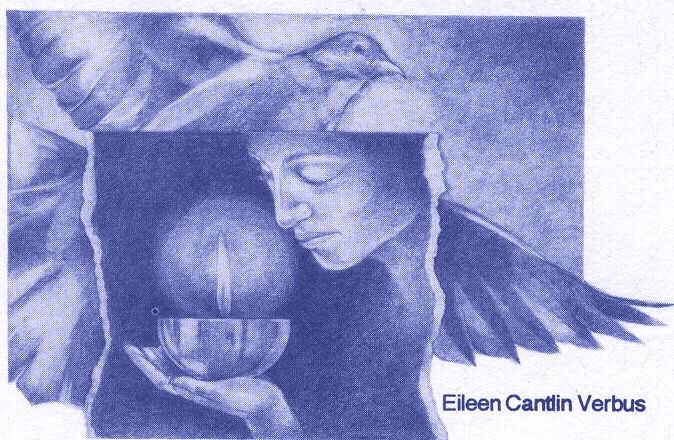 During this season of Pentecost I find myself searching for hope in the midst of horrific stories about financial corruption by a West Virginia bishop,  priests who raped and sexually abused my religious sisters, and bishops from eight states in the Northeast who spent over 10 million dollars lobbying against sex abuse victims.

I am outraged to learn that Baltimore Archbishop William Lori — who was delegated by the Vatican to investigate Wheeling-Charleston Bishop Michael Bransfield — had accepted over $10,500 in gifts from him. In his final report to Rome, Lori decided to delete his own name as well as those of ten other influential prelates who had also accepted financial gifts from the Wheeling bishop.

Bransfield bestowed his monetary gifts over ten years while young priest assistants were simultaneously complaining (to no avail) that he was sexually harassing them.

Lori told the Washington Post that if he had included the names of high-ranking churchmen (among whom were Cardinals Donald Wuerl, Timothy Dolan and Kevin Farrell) it could suggest that there were "expectations for reciprocity" but he had found "no evidence to suggest this."

After the Washington Post story, nine of the prelates involved, including Lori, pledged to return the money to the Wheeling-Charleston diocese.

Along with the still-unfinished scandal involving defrocked Cardinal Theodore McCarrick, it is difficult to ignore ever-mounting evidence that the clerical system governing the Catholic church is in a significant state of decay.

A recent Pew study found that nearly 70 percent of U.S. Catholics believe clergy sex abuse is an ongoing problem and 25 percent have scaled back both their donations and their Mass attendance over the issue.

All of which is very depressing.

Yet, I can't help believing that the Holy Spirit — who loves creating something new out of chaos — is summoning us to build a new church governance — one that includes sorely needed checks and balances and involves all of the People of God.

But how do we get there from here?

Well, that part isn't exactly clear. But we will get there, although I suspect it will be messy along the way.

We will get there because the Holy Spirit is the renewing, vivifying principle for believers. Despair is not an option.

To understand how the Spirit moves among us I reviewed biblical texts found in in my well-thumbed copy of the now-deceased Rev. John L. McKenzie's book: Dictionary of the Bible (Bruce Publishing Company 1965).  These passages chronicle how our ancestors in faith experienced the work of the Spirit. I believe they shed light on the present moment.

So here are a few helpful hints from our forebears.

In the Hebrew Scriptures the Spirit is named Ruah, a grammatically feminine word that variously means, wind, breath or spirit. McKenzie tells us the spirit "is conceived as a divine dynamic entity" by which God accomplishes God's purposes. "Like the wind, neither its origin nor its course can be discovered."

The Spirit is given to judges and to others with offices in Israel (Judges 3:10) and later poured on the whole people of Israel: "I will never again hide my face from them, when I pour out my spirit upon the House of Israel" (Ezekiel 39:29).

A true sign of the Spirit found in both the Hebrew and Christian scriptures is that S/he confers on  believers what is necessary to fulfill their mission and inspires them to deeds above and beyond what they can normally do. Samson, Gideon, David, Peter and Ananias accomplish unprecedented mighty deeds because of the Spirit (Judges 14; 1 Samuel 16:13ff; Acts 3, 4; 11:17).

In Ezekiel, the Spirit of Yahweh brings dry bones to life: "Thus says the Lord God: 'Come from the four winds, O spirit, and breathe upon these slain that they may live' … and the spirit came into them and they lived and stood on their feet, a vast multitude" (Ezekiel 37: 9-10).

The Spirit is pervasive in the world: "Where can I go from your spirit? Or where can I flee from your presence?" (Psalm 139:7); and Israel is saved not by its own might and power, but by the Spirit of God (Zechariah 4:6).

In the Christian Scriptures, Jesus invokes Isaiah as he inaugurates his mission: "The Spirit of the Lord is upon me, because he has anointed me to bring good news to the poor. He has sent me to proclaim release to the captives and recovery of sight to the blind, to let the oppressed go free, to proclaim the year of the Lord's favor" (Luke 4:18).

Through the power of the Spirit Jesus overcomes the power of evil and unveils the reign of God: "If it is by the Spirit of God that I cast out demons then the kingdom of God has come to you" (Mt 12:28). Further, he teaches that "people will be forgiven for every sin and blasphemy, but blasphemy against the Spirit will not be forgiven" (Matthew 12:31).

What is blasphemy against the Spirit?  Simply explained it means refusing to believe in the saving power of God. It is a denial of the very principle (God's power to save) by which sin is forgiven.

This is why, when it comes to reforming the Catholic Church, despair is not an option. It is tantamount to saying God is powerless to save God's own people.

In John's gospel the Spirit is prominently featured as the Paraclete — the spirit of truth who dwells in believers to teach us all truth and to bear witness to Jesus: "This is the Spirit of truth, whom the world cannot receive, because it neither sees him nor knows him. You know him because he abides with you and he will be in you" (John 14: 17). This Spirit demonstrates the errors of the world and convicts the world of sin (John 16: 6-11).

I submit that this same Spirit is now convicting our clerical structures — and more than a few clerics and their lay sycophants — of error and sin, perhaps along the lines so beautifully explained in Fr. Dan Horan's timely NCR reflection about Holy Spirit atheism.

How can Catholics bring about desperately needed reform?  I have three suggestions:

Through the power of the Spirit of God our dry decaying bones will rise again.

[St. Joseph Sr. Christine Schenk, an NCR board member, served urban families for 18 years as a nurse midwife before co-founding FutureChurch, where she served for 23 years. Her recent book Crispina and Her Sisters: Women and Authority in Early Christianity(Fortress, 2017) was awarded first place in History by the Catholic Press Association. She holds master's degrees in nursing and theology.]