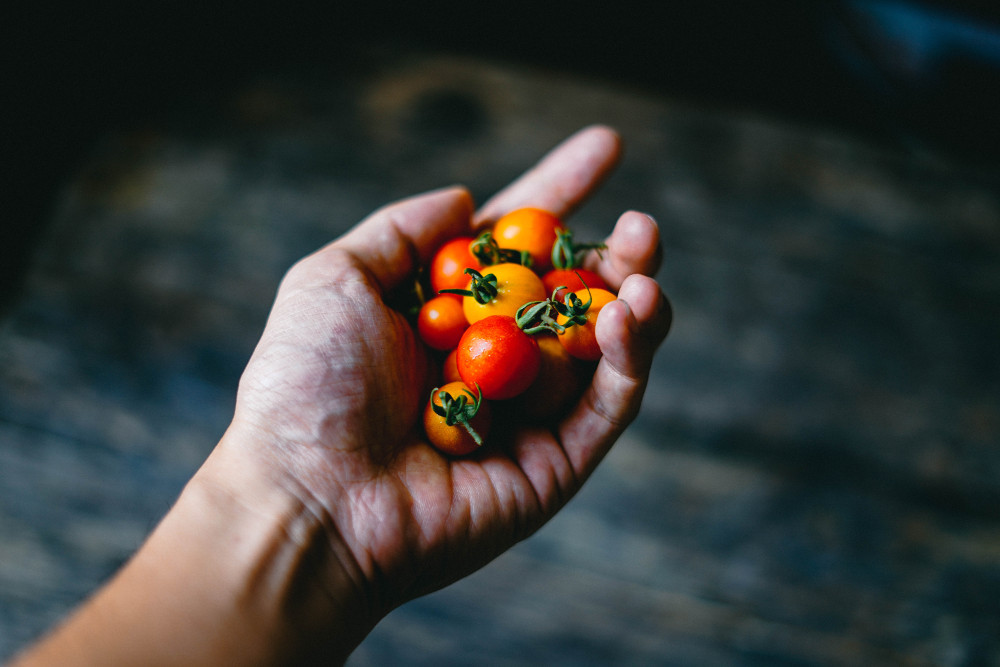 I pick up Vickie from adult day care and drive to Chipotle for takeout. We park in the handicapped space in front. A young African-American man in an apron rushes out the door and holds it open for us. "Mister, I want to show you something," he says. "I have a son!"

Andre escorts us to the counter and runs to the back for his cellphone.

Molly with the smiling blue eyes stands over the food. "Let me guess," she says. "White rice, pinto beans, chicken, just a little hot sauce on both?"

"I'm proud of you, Molly. Your mom must be very proud."

She loads up both plates. Vickie squeezes herself against me from behind, her arms wrapped around my chest, her head resting on my back like a child as we toddle alongside the counter. This sight kills people. They can't take it. They want to feed us.

"Jeter," as in Derek Jeter (that's what I call him because he's a Yankee fan) is at the cash register. We talk about the World Series. Molly passes over the bag and I hand him a 20. "No charge," Jeter says.

The manager, Justin, who knows every customer, started comping us about six months ago. Not every time or even a lot of times but enough times to make me wonder if my old man pants (baggy blue with a drawstring) and the same old Cubs T-shirt makes me look rundown. Jeter says it's policy not to charge good customers every now and then, but frankly, I think it's the Mike and Vickie Shuffle. Certainly kindness shines through their gesture in choosing us.

And it's not just Chipotle's people who are kind to us.

Abdul at Boston Chicken sometimes gives us two platters of turkey for the price of one and always slips a free slice of apple pie in the bag.

Michael, the manager of Bull's Head Diner in Stamford, likes to stuff a free brownie, the size of a brick, into our bag. Gabriel the archangel, a waiter who has been at the diner since we started going there 20 years ago, carries our bag to the car and opens the door for Vickie and always asks about our grandkids, and we ask him about his family. His mother in Mexico has made it through the earthquake, you'll be happy to know.

The Dalai Lama once counseled followers to be kind whenever and however possible. "And it is always possible," he added.

"Don't go yet!" Andre catches up to us before we leave Chipotle. "Look," he says and hands me his cellphone.

"He's beautiful!" I say. "Look at those chubby cheeks! What's his name?"

"A great name. You have other kids?"

"I remember when our grandkids were 4. That's a fun age. I'm putting you and Lil' Andre and Amir in my prayers, right up here where I pray all the time."

"Thank you. I am praying for you."

I wave at the kids behind the counter. "Thanks, guys!"

The Chiptoleans wave, even the ones chopping pork and slicing steak and boiling rice that steams up into their faces like heady incense.

We pull into our driveway. A white plastic bag hangs on the doorknob. Fresh tomatoes, big ones, little ones, some as red as the Chipotle logo, others yellow as custard. No note. Just the tomatoes. Sometimes I think people are conspiring to feed us.

I suspect the Tomato Fairy is Terry Kutzen, one of Vickie's golfing pals from the old days, who stays in touch. Whenever it's suppertime and I don't know what to get, Terry calls up out of the blue and says, "I just made meat loaf and got plenty left. It's hot and ready to go. Can I come over?" If it's not her meat loaf, it's her chicken with herbs and spices from the Far East or plastic containers of magical chicken soup that could cure lower back pain, and it's always enough for three full meals.

The Tomato Fairy also could have been Darlene from around the corner, whose husband also had Alzheimer's like Vickie, and died three years ago. Darlene bakes more varieties of cookies than Famous Amos. Or maybe it's Helen from down the block, who every now and then appears bearing cellophane-wrapped platters with a three-course gourmet meal or, better yet, a paper plate overflowing with lip-burning chocolate chippers just out of the oven. Or it could be Sibley next door, who calls and says, "I just tried something new. Would you like to try it?" Before she moved to Florida, it was Jane, who specialized in roast beef that would slice itself as your eyes slobbered over it. And it's always our son Chris' great big-heart-of-a-girlfriend Jessica, who cooks all-day dinners for our whole family, on Thanksgiving and Christmas and any old Sunday at all, at our house or theirs, and even takes the lead in cleaning the dishes. I tell you: People will always be kind. Vickie and I can afford to eat at our diner every night, but nothing tastes as good as the kindness that carries our bag to the car or opens the door for us at Chipotle or hangs a plastic bag of just-picked tomatoes on our doorknob.

And for every klutz like me who cares for a Vickie and can only cook Campbell's soup, there are always, always Tomato Fairies.

[Michael Leach shepherds Soul Seeing for NCR. You can read all of the Soul Seeing columns at NCRonline.org/blogs/soul-seeing.]