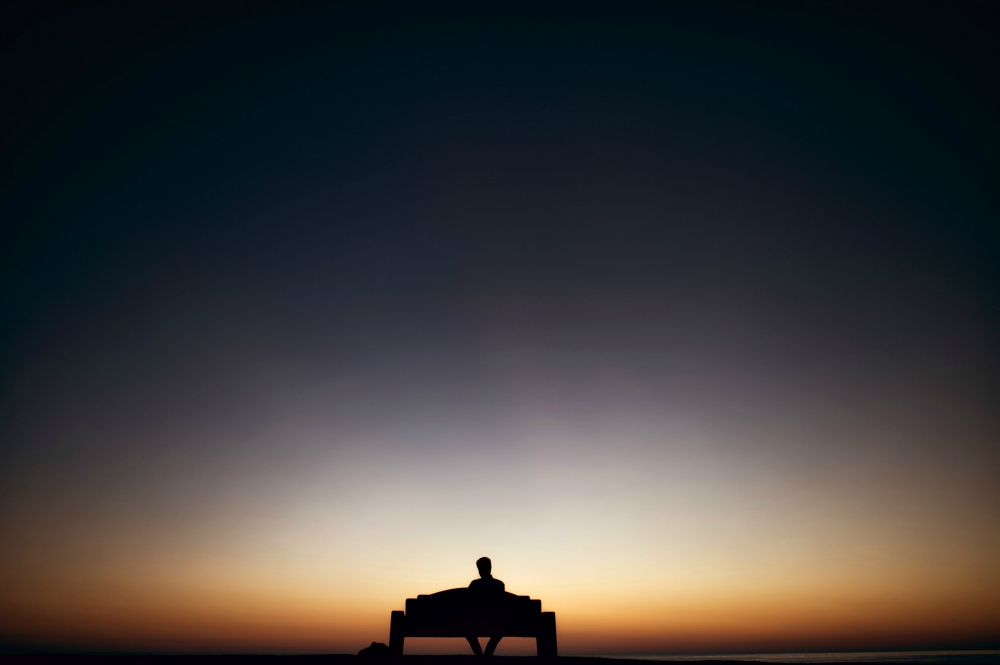 As my wife and I settled into another day of this period of social isolation, a situation now shared by millions near and far, I began thinking of so many saints and spiritual mentors who elected solitude, or had it imposed by circumstances. What kind of wisdom, I wondered, might they impart to "ordinary" people entering into this unfamiliar world? Hence was born #MastersofSocialIsolation, a series of illustrated threads on Twitter.

It was remarkably easy to think of examples. For some, like the poet Emily Dickinson, who rarely left her home in Amherst, Massachusetts, solitude clearly suited their temperament.

Yet as Dickinson's poetry revealed, her solitude was no impediment to "traveling" widely, while staying in place. Every small detail of nature became, for her, an opening to eternity. And as many are now deprived of the opportunity of attending church, I thought of her poem:

Some keep the sabbath going to church —
I keep it, staying at Home —
With a Bobolink for a Chorister —
And an Orchard, for a Dome …

God preaches, a noted Clergyman —
And the sermon is never long.
So instead of getting to Heaven, at last —
I'm going, all along.

Not everyone is so suited to social distancing. Blaise Pascal wrote eloquently of how hard it is to dispense with the distractions that protect us from our essential loneliness in the universe. "When I set out to thinking about the various activities of men ... I have often said that the sole cause of man's unhappiness is that he does not know how to stay quietly in his room."

The ability to sit quietly in one's room without going nuts requires that we develop an inner life — one that is not defined by external activity.

Even the desert fathers, those masters of solitude, warned of the interior "demons" that assault us when we are alone. Evagrius Ponticus described what he called the "noonday" demon: "He constrains the monk to look constantly out the windows. … He depicts life stretching out for a long period of time, and leaves no leaf unturned to induce the monk to forsake his cell."

Nevertheless, he offers compassionate advice: When we meet this demon, "then is the time with tears to divide our soul in two. One part is to encourage; the other to be encouraged."

It is possible in our domestic cell to feel idle and useless. I thought of anchoresses like Julian of Norwich or Sibyllina of Pavia, a blind Dominican tertiary who was enclosed in her cell for 65 years. Such hermits did not think they were turning their backs on humanity. Through their prayers and witness, they believed they were performing an important social service. It made me reflect on how that might alter our attitude to self-isolation if we consider that by just sitting at home, we are saving lives and serving the common good.

I thought of Thomas Merton, who originally conceived of his flight to the Trappist monastery as a way of "drowning" to the world and all its compulsive and self-destructive habits. And yet his attitude shifted. He saw his vocation to solitude as a form of witness, a point of solidarity with humanity, a call to others to reclaim their true humanity and freedom and shake off the noise of ideologies and mass culture. And he remained vitally engaged with a wide circle of fellow pilgrims through his correspondence and writings.

But then, of course, there are those whose solitude was not a matter of choice. Anne Frank, along with family, was forced to spend two years hidden in a "secret annex" in the middle of Amsterdam. Never going out, keeping still all day, she kept a meticulous diary — not simply as a distraction but as a duty, a responsibility to render her experience in the most accurate terms. "I see the eight of us with our 'Secret Annex' as if we were a little piece of blue heaven, surrounded by heavy black rain clouds." And as the clouds drew closer, she also felt it was her duty to bear witness to values that would be needed in the world someday — love, hope, a belief that beauty and the essential goodness of people are more powerful than the forces of darkness.

Walter Ciszek, a Jesuit priest serving in Poland in 1939, was swept up in the Soviet invasion and ended up in Russia, where he was charged as a spy and spent more than 20 years in the Soviet gulag, including the first five years in solitary confinement. Ciszek's greatest suffering came when he mentally fought against the injustice of his fate. "This life is not what I thought it would be. … You must forgive me, God, but I want to go back."

But to the extent that he abandoned himself to Providence, convinced that in every situation he was exactly where God wanted him to be, he felt a sense of freedom and peace. Thus, he learned that it is possible to be supremely happy, even in a prison cell.

Cells come in many different forms. In this particular time of social distancing, what can we learn from our own cell? For one thing, even enforced idleness can be a time of going deeper, of exploring new worlds, of being more attentive to the present moment, of entering into a spirit of compassion and solidarity with the wider world. Even the small space between our four walls contains many mansions.

[Robert Ellsberg is the publisher of Orbis Books. The author of many books on saints, he writes a daily column, "Blessed Among Us," for Give Us This Day. Follow @RobertEllsberg on Twitter.]

This story appears in the Coronavirus feature series. View the full series.
A version of this story appeared in the May 1-14, 2020 print issue under the headline: Masters of social isolation.