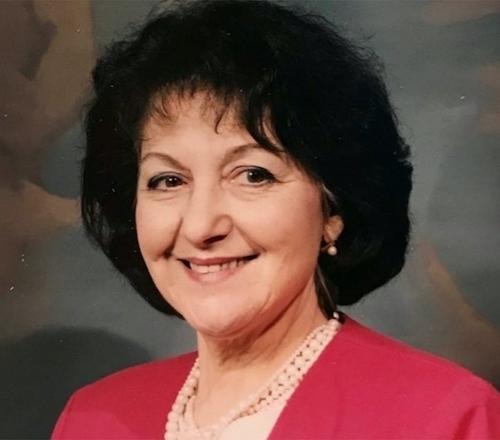 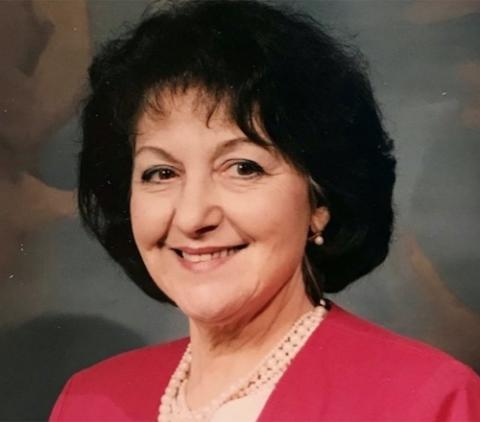 The death of Antoinette "Toni" Bosco at age 91 on March 20 at her home in Brookfield, Connecticut, went unnoticed by most of the Catholic press and virtually all of the general press, even though she was one of the most prolific and among the most influential, Catholic writers of her generation. Toward the end of her career, Toni Bosco was a game changer.

Her legacy is a Triple Crown: family, body of work, and mercy.

She was the daughter of Italian immigrants, and family meant everything to Toni. She stood little more than five feet and raised seven children, mostly as a single mother. Three of them died before she did, one by suicide, another from the hands of a coldblooded killer. She was "a woman who has suffered greatly" (Mark 5:26), but you'd never know it by the way she continuously put family and faith first. Toni is survived by four of her children, as well as 15 grandchildren, 21 great-grandchildren and dozens of nieces and nephews and their extended families across the country. Her daughter Margee was at her bedside when she died.

Toni also leaves behind 17 books, thousands of editorials, news stories, interviews, columns and book reviews. Her op-eds lit fires in periodicals such as The New York Times, The Long Island Catholic where she reported for 11 years, and The Litchfield County Times in Connecticut where she was executive editor for 13 years. Her feature stories graced the pages of Ladies' Home Journal, Parade, Women's Day, Reader's Digest, Writer's Digest, Catholic Digest and just about every other Catholic periodical you could name in the second half of the 20th century.

Toni earned more prestigious awards than the New England Patriots won Super Bowl rings. The Society of Professional Journalists' Connecticut chapter gave her 12 awards in the editorial page column and news feature categories. She won so many national and regional awards for religious writing she could have wallpapered her living room with the certificates. Newsday dubbed her book The Pummeled Heart "a spiritual classic that might be inspiring decades or even centuries from now." Her book, Choosing Mercy: A Mother of Murder Victims Pleads to End the Death Penalty, won the coveted Christopher Award for artists whose work "affirms the highest values of the human spirit."

I wrote a tribute to Toni in my book Why Stay Catholic? and to the beginning of her journey into mercy as she had described it: when her youngest son Peter, the joy of her life, died by suicide at 27, Toni had little time to grieve. She had to help her other six children get through their grief. Peter had first suffered a nervous breakdown when he was 17. With the help of family and professionals, he slowly recovered and went on to write three books, one of them on World War I and another on the War of 1812. Peter hated war, and when the Gulf War started, he felt he could no longer live in this kind of world. His suicide note said, "Be happy for your son ... My pain is gone."

Toni was still mourning Peter's death when two years later the phone rang in the middle of the night. It was a Montana sheriff, 2,000 miles away from the Bosco home in Connecticut.

"Are you Antoinette Bosco?" he asked.

"I'm sorry to have to tell you this, but we have a crime scene here. He and his wife are dead."

When she climbed up the stairs of their Montana home and entered the blood-soaked bedroom, Toni wanted to kill the killer with her bare hands. She wanted him dead.

She would break into a sweat every time she saw in her mind's eye the 18-year-old with the unlikely name of Shadow Clark crawling through the basement window into her children's home, sneaking up the stairs to the bedroom where they slept, and then, afraid they would awaken, shoot them to death with a semi-automatic gun.

In time, in spite of my grieving, which will always be a permanent part of my life, I knew I had to reclaim my soul, but how? I had to struggle long and hard with whether forgiveness made sense, whether it was even possible. My children helped me as we struggled together with this horror. We had always been opposed to the death penalty, and began to grasp again that the state is no more justified in taking a life than an individual. Our healing began when we wrote to the judge, asking that Shadow Clark not be executed. I could say he must be punished for life, but I could not say, kill this killer.

I learned to see that the minute we say "no" to forgiveness we are gouging Christ out of our life, and from that resulting emptiness of soul we have nothing left to give to anybody else.

To forgive is just what the word itself says — to offer a gift before it's been earned or even deserved. It doesn't mean giving in, it means letting go. If we don't forgive, we stay emotionally handcuffed to the person — or the nation — that hurt us. And if we're handcuffed, we are not free, never at peace, never able to do God's work. Forgiveness is a boomerang — the gift we send out is what we're going to get back. This is how God treats us. When we forgive, we act as God does.

Toni realized it was foolishness to think that her pain would end by making someone else feel pain. She knew that revenge, too, was a boomerang. Her whole life as a Catholic taught her to rely on the teachings of Jesus to get through suffering. She knew that Jesus' entire life was about forgiveness. "Now again he was helping me take the actions that would bring healing. Each step in my life was clearly marked with directions — Forgive! Forgive your troubled Peter, forgive the young killer of your John and Nancy, forgive yourself," she writes.

So without seeking it, Toni became a national advocate against capital punishment. She was invited to speak against the death penalty at high schools and colleges, in parishes and in prisons. The U.S. Conference of Catholic Bishops asked her to speak to them on forgiveness. The U.S. Senate asked her to submit testimony at a special hearing on the death penalty. She was awarded the Connecticut Network to Abolish the Death Penalty's Walter Everett Humanitarian Award f/or her tireless dedication.

Few people, thank God, have to deal with forgiving someone who murdered a loved one, or a beloved child who is defeated in life and ends his or her pain by killing themselves. But all of us must deal on a regular basis with thoughts about people we feel have hurt us, abandoned us, spoken badly about us, hurt our feelings, damaged our reputations, manipulated, provoked, or just plain annoyed us. They can be parents, relatives, friends, bosses, employees, or strangers.

But it is not these people we need to forgive so much as our thoughts about them, the angry, unforgiving thoughts that gnaw at our consciousness, burn us, haunt us, won't let us go, because we can't let them go. I have learned that radical forgiveness, asked for and given, seventy times seven times is the only way out of that prison.

Toni also received the Christopher Award for her book on Peter's death by suicide, The Pummeled Heart, and the Pax Christi Award and Catholic Press Association Award for both books. Another Triple Crown.

Her example inspires those of us who are far luckier to forgive the "little murders" — gossip, backstabbing, envy, resentment — that imprison us.

She lived and shared a truth that the world needs to know: "Buoyed by the grace of God, I found my answer. It is not to want more death. It is to celebrate life," she wrote.

[Michael Leach has been a writer, editor and publisher for 50 years.]