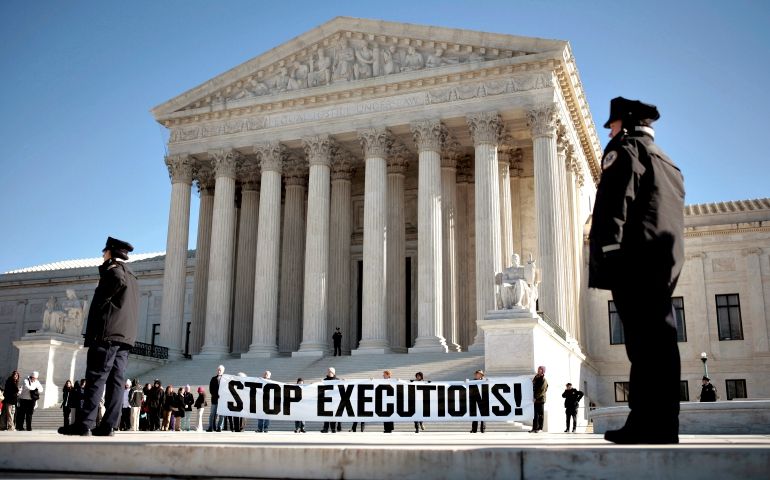 Protesters calling for an end to the death penalty unfurl a banner in late March 2017 outside the U.S. Supreme Court in Washington. (CNS/Reuters/Jason Reed)

For death penalty abolitionists, 2017 offered a series of surprises, beginning with the results of the 2016 November elections.

California, Nebraska and Oklahoma all had referendums to abolish the death penalty during the election. In each of the states, residents defeated the measures.

Those defeats provided anti-death-penalty advocates with a "wake-up call," according to Karen Clifton, executive director of Catholic Mobilizing Network. Clifton told NCR that she felt the passing of the referendums would have been a "natural trajectory," reflecting early poll results.

Despite the referendum setbacks for advocates, the elections also presented a new crop of elected officials:

Some researchers see this as part of a larger trend. Brandon Garrett, professor at the University of Virginia's School of Law and author of End of Its Rope: How Killing the Death Penalty Can Revive Criminal Justice, told NCR that this trend could contribute to "steeper declines in some of those counties that used to be at the forefront of death sentencing."