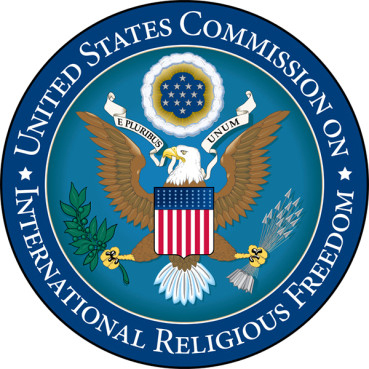 The United States Commission on International Religious Freedom was created in 1998 as an independent, bipartisan body. (Public domain image)

As Jefferson’s statute proclaimed, religious freedom is among the “natural rights of mankind.” Yet to this day, billions of people abroad routinely are denied this liberty. From forbidding the construction of places of worship to perpetrating mass torture and murder, abusers continue to operate with impunity.

For both humanitarian and practical reasons, the United States must stand with the persecuted and weave the concern to protect religious freedom more tightly into U.S. foreign policy.

To these ends, the U.S. Commission on International Religious Freedom has recommended that the State Department designate as “countries of particular concern,” or CPCs, those nations the commission has found to be the world’s most severe abusers. Although meant to be an annual designation, the State Department last designated CPCs in July 2014. So we urge swift action.

Among State Department-designated CPC nations, China and North Korea exemplify secular tyrannies that suppress religious groups across the board. Others, like Iran and Saudi Arabia, enthrone one religion or religious interpretation while often brutalizing those embracing alternatives, from dissenting Muslims to Christians to Baha’is.

Pakistan is an example of an electoral democracy that both perpetrates and tolerates religious freedom violations. More Pakistanis are on death row or serving life sentences for blasphemy than anywhere else. The government’s enforcement of blasphemy statutes, in turn, emboldens extremists to assault perceived transgressors. From the Pakistani Taliban to individual vigilantes, these attackers victimize religious minorities, from Shia to Christians, Hindus to Ahmadis, with impunity and rarely are brought to justice.

Pakistan is one of several nations experiencing a dramatic rise in violent religious extremist groups committing mass violence based on religion. In some of these countries, such behavior meets the legal criteria for genocide.

Among the most horrifying examples are in Syria and Iraq, where the so-called Islamic State has unleashed waves of terror against Yazidis, Christians, and Shia, as well as Sunnis who oppose its extremist views. In Syria, other extremist groups replicate those horrors.

Yazidis and Christians have borne the brunt of the Islamic State’s depredations and for a chilling reason. The summary executions, rape, sexual enslavement, abducted children, destroyed houses of worship, and forced conversions all are part of a systematic effort to erase their presence from the Middle East.

Beyond the Middle East, Buddhist extremists in Burma have ferociously assaulted Rohingya Muslims, a religious and ethnic minority that has long suffered discrimination and persecution.

In the Central African Republic, an explosion in strife between Christian and Muslim militias has destroyed nearly every mosque in the country.

And in Nigeria, Boko Haram continues to attack both Christians and many Muslims who oppose them. From mass murders at churches and mosques to mass kidnappings of children from schools, Boko Haram has cut a wide path of terror across vast swaths of Nigeria.

We should care deeply about this surge in religious freedom abuses and other human rights violations for humanitarian reasons and because of the tremendous instability these abuses unleash.

But there is still another reason to prioritize religious freedom. In 2014, the Latin Rite archbishop of Baghdad said: “I do not think Europe will be calm. This … does not stop at territorial boundaries.”  His words proved tragically prophetic, as the same forces of violent religious extremism plaguing his own country struck a kosher supermarket and a satirical magazine in Paris a year ago. The supermarket victims were murdered simply because they were Jews and the victims of the assault on the newspaper were killed because their attackers considered them as blasphemers deserving punishment.

Thus, standing for the persecuted is not just a moral imperative; it is a practical necessity for any country seeking to enhance stability and protect its security and that of its citizens.

As we celebrate National Religious Freedom Day, let us honor our own heritage by reaffirming religious freedom as a vital component in our relations with the rest of the world.

[Robert P. George is chairman of the U.S. Commission on International Religious Freedom. Jesuit Fr. Thomas Reese is a USCIRF commissioner, and a senior analyst for NCR and author of Inside the Vatican: The Politics and Organization of the Catholic Church.]