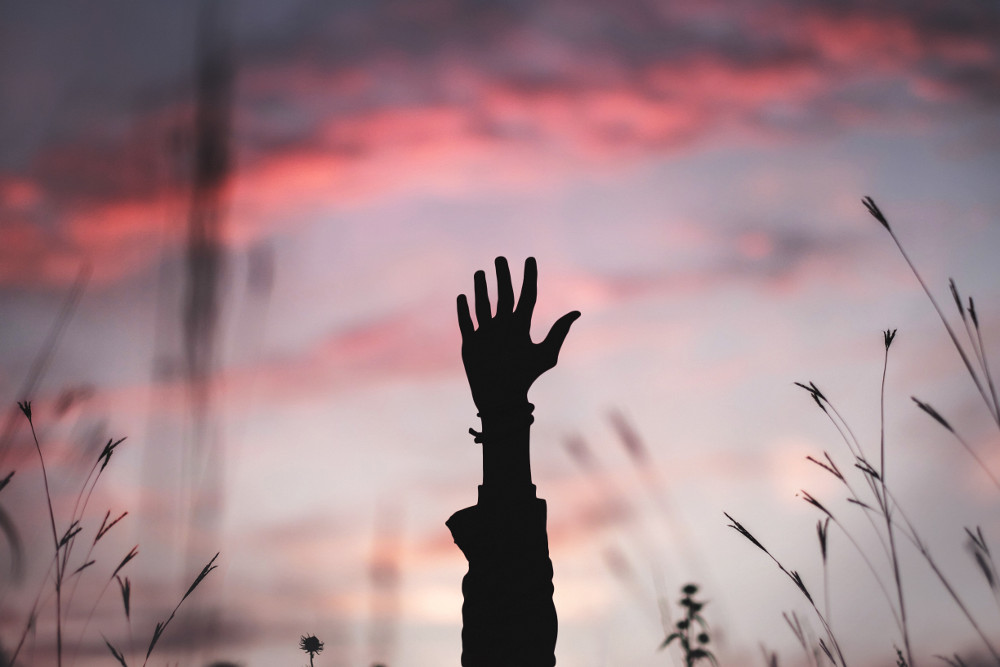 The lesson of today's Scriptures, I think, is very clear to us. It's a lesson about God's mercy, God's forgiveness. This is something that is part of our Scriptures, not just in the Gospel. Jesus certainly makes it clear that God is a merciful and forgiving God, but also in the Scriptures of the Old Testament. For example, in today's psalm, after the first reading, "God is kind and merciful, slow to anger, rich in compassion. God pardons all our iniquities, heals all our ills, saves our life from destruction, crowns us with kindness and compassion."

The message is so clear: God is a God of mercy; God is a God of love and compassion and forgiveness. There's a beautiful passage in the book of the prophet Isaiah where the chosen people, in spite of the warning of Isaiah, have formed a military alliance with the Egyptians and have gone off to war. Isaiah had warned them that it would be a disaster, and it was. The chosen people were defeated and they were forced into exile. But then at the conclusion of the passage Isaiah says, "God is waiting to be gracious to you."

That's the kind of God Jesus preached. That's who God is — a God of mercy and love and forgiveness. The Gospel lesson, of course today, makes that very clear. The story that Jesus tells when Peter asks, "How many times must I forgive my brother or sister?" And Peter says, "What about seven?" Which we know is the number of completion or completeness. It's a number of fullness, and Peter thought you could hardly be more generous than that, forgiving seven times. But Jesus says, "No, no. Seventy times seven times." You forgive without limit; you keep on forgiving. That's the way God is; God is waiting to be gracious to us.

Our first lesson today from one of the books of wisdom teaches us the same thing: God is a God of forgiveness. Opposite to that would be wrath and anger. The sinner keeps those close to himself or herself, but God is always a God of forgiveness. Wrath and anger are hateful things. Then Jesus tells that story and it's so clear, isn't it? Here this servant has a debt that is beyond description almost, it's huge. It never could be paid in anyone's lifetime.

The master calls him to account. He falls down and says, "No wait, I'll do it; I'll pay you back." What does the master do? Symbolizing God or an image of God, he raises the servant up and forgives the servant of everything, immediately, full forgiveness. But then of course, the servant rejoices in that for himself, but doesn't learn the lesson. If we are made to be like God, if we are made in the image and likeness of God, and Jesus has taught us to love your neighbor as yourself, forgive and you will be forgiven, then we have to imitate God by trying to be merciful.

Instead, the person in the story goes out, finds someone who owes him a very small debt, and when the man says, "I can't pay," the forgiven person throws him into prison. He doesn't imitate the mercy and forgiveness he has just received. That's the very first lesson of today's Scriptures for all of us, first of all, to realize how God is always waiting to be gracious to us. God is a God of forgiveness, peace, and love. God is waiting to forgive us if we turn to God. God is always there. Then, of course, we're to learn within our community to imitate God

Our first lesson from the Scriptures is that we can always have confidence about going to God for forgiveness. But then the second lesson is we too must try to become like God — be quick to forgive. As the Psalm says, "Be kind and merciful, slow to anger, rich in compassion." Each of us has to find the way to grow in that spirit, which is the spirit of God manifest to us in Jesus. But I think if we ponder a little bit more deeply, there's one more thing that we have to do. We have to be willing to bring our sins, our failures into our awareness and go to God for forgiveness.

There is a book that was very popular some years ago, written by spiritual writer Henri Nouwen. The book was called The Living Reminder. It's about Jesus who is always, by being who he is, reminding us of who God is. It's a beautiful book and enriches our understanding of Jesus as an image of the one true God. But in the introduction to that book, Henri Nouwen brings out something that is so very important. He says, "Let me start with a story about Elie Wiesel." (Elie Wiesel, you may remember, escaped, but all of his family was put to death in Auschwitz, a terrible concentration camp in World War II. He had been taken out of the country and so was not killed.)

Henri Nouwen says, "Let me tell you the story about Elie Wiesel. In 1944, all the Jews of the Hungarian town of Sighet were rounded up and deported to concentration camps. Elie Wiesel, the now famous novelist, was one of them. He survived the Holocaust and twenty years later returned to see his home town again. What pained him most was that the people of Sighet had erased the Jews from their memory. He writes: 'I was not angry with the people of Sighet … for having driven out their neighbors of yesterday, nor for having denied them. If I was angry at all it was for having forgotten them. So quickly, so completely. … Jews have been driven not only out of town, but out of time as well.' "

Then Henri Nouwen goes on to say, "This story suggests that to forget our sins may be an even greater sin than to commit them. Why? Because what is forgotten cannot be healed and that which cannot be healed easily becomes the cause of greater evil. In his many books about the holocaust, Elie Wiesel does not remind us of Auschwitz, Buchenwald, and Treblinka to torture our consciences with heightened guilt feelings, but to allow our memories to be healed and so to prevent an even worse disaster. An Auschwitz that is forgotten causes a Hiroshima, and a forgotten Hiroshima can cause the destruction of our world. By cutting off our past we paralyze our future: forgetting the evil behind us we evoke the evil in front of us."

We're living in a time right now when we're all becoming aware again, as we were back in the early 1980s and through the 90s, of the great danger of a nuclear war. North Korea is in the headlines because of their development of nuclear weapons and the missiles that can carry those weapons, even to our shores. President [Donald] Trump has warned if they do anything like that, there will be instant, total retaliation. He's threatening all out nuclear war.

Could it not be that we're still in this terrible situation of the threat of nuclear war which would mean the destruction of our planet and eventually, probably the total destruction of the human race? Could it not be that we're in this situation of great danger again because we have forgotten what we did on Aug. 6 and Aug. 9, 1945? Our nation still glories in the end of World War II as a great victory through the use of nuclear weapons twice. The killing of tens of thousands of people within a matter of minutes, leaving hundreds of thousands suffering for years with radiation sickness, their lives made very terrible because of the suffering that they continue to go through for so long, until they mercifully died.

President [Harry S.] Truman called that the greatest day in the history of the United States. We still glory in that victory. We call that war "the good war," forgetting what we did. Even as Robert McNamara, secretary of defense at the time said that if we lose the war we (he and other leaders) would be put on trial as war criminals. He was honest enough to ask the question: should it only depend if we win the war or lose the war whether we are put on trial? The crimes are there.

The important thing for us now is to remember this truth that Henri Nouwen puts so clearly that to forget our sins may be an even greater sin than to commit them because what is forgotten cannot be healed, that which cannot be healed easily becomes the cause of greater evil. An Auschwitz that's forgotten causes Hiroshima. Forgotten Hiroshima can cause the destruction of our planet. It's so important that we as a people, followers of Jesus who teaches us this truth about God, that God is kind and merciful, full of compassion, Jesus who teaches us that truth calls us to be the same.

When we have failed in such a dramatic way, we make it worse when we forget that sin or even disguise it as something good; it's bound to become the source of greater evil. Perhaps that's why since World War II, we have been involved in so many wars. Even now we're increasing our military presence in Afghanistan, a war that's gone on for 16 years. We are threatening North Korea. We continue to be involved in the war in Syria and the Middle East. We've forgotten the evil of our past. It's hard to face up to that. But the truth is that was a crime that needs forgiveness.

God forgives any sin, but we have to remember it, bring it before God, and then the God who's waiting to be gracious us, forgives us and enables us to follow a different path. When we are willing to acknowledge the crime of our past, the unspeakable crime of Hiroshima and Nagasaki, and seek the forgiveness of God, it will be there. Perhaps then, by imitating this God of mercy and compassion and love, we will find our way to true peace in our world. I hope none of us is offended by the reminder that we have to acknowledge our sinful past, and then the mercy of God will be poured forth upon us and we will find a way to peace.

[Homily given Sept 17 at St. Philomena Parish in Detroit. The transcripts of Bishop Thomas Gumbleton's homilies are posted weekly to NCRonline.org. Sign up here to receive an email alert when the latest homily is posted.]