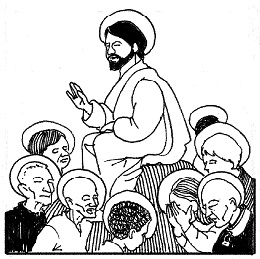 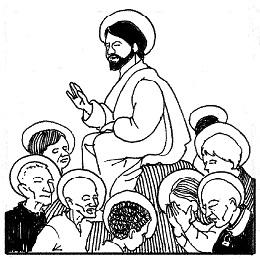 We might apply Luke's parable of the steward in charge of the household to any church organization from diocese to parish. No doubt, Luke was writing for the early church as much as recalling Jesus' instructions to his Apostles 50 years earlier.

The early church had survived the fall of Jerusalem in 70 CE, which led to the great diaspora of both Jews and Christians into the Mediterranean world as far away as north Africa and Rome. Expectation of the parousia — the return of Jesus in glory — was in the air but slowly subsiding as church leaders realized that Jesus' Holy Spirit was at work in history for the long haul.

Yet the image of a "thief in the night" still warned church leaders to be vigilant. Jesus could come at any time, and those stewards who were taking their ease and abusing others would be held accountable. We catch glimpses of the culture of household servants (slaves) who were regularly beaten by their masters. It is hardly an antiquated example for today's world, proficient in exploiting workers and trafficking women and children.

For Luke, quoting Jesus, the point was that for those of us blessed by grace to focus our lives on Christ, vigilance is how we stay faithful in every season. Whether in crisis or in the long stretches of ordinary responsibility, do your duty, stay the course, know that God is always watching.

The evil of the day is sufficient thereof, as are the blessings. Those who have been entrusted with more will be held to a higher standard. So, live each day fully and do your best.

These readings surely offer sober counsel to all bishops and pastors at a time when scandal has tainted the public perception of Catholic clergy, in part because the behavior of some was allowed to happen, then covered up when reported to higher authority. Even 20 years after the Dallas Charter, a set of guidelines meant to prevent future abuses, instances of failure continue to plague the official church. To possess power over others has always proved to be a source of temptation to lord it over others, something Jesus repeatedly warned his disciples against

The pastor, or good shepherd, leads from example and guides others with patience and encouragement. In the long history of the church, we call those kinds of gentle but persuasive leaders saints. Others who sought power, money and privilege from high office are seldom revered. Only with great humility should anyone seek leadership in the church. Jesus modeled service and suffering love as the sure path that accomplishes God's will.