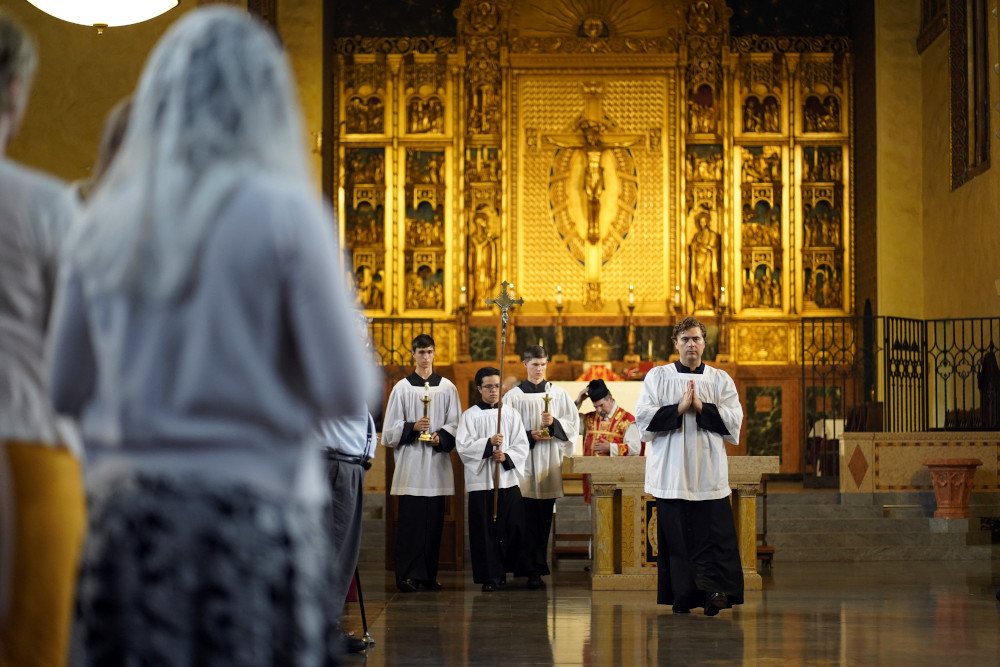 Pope Francis cracked down July 16 on the spread of the old Latin Mass, reversing one of Pope Benedict XVI's signature decisions in a major challenge to traditionalist Catholics who immediately decried it as an attack on them and the ancient liturgy.

Francis reimposed restrictions on celebrating the Latin Mass that Benedict had relaxed in 2007. Francis said he was doing so because Benedict's reform had become a source of division in the Roman Catholic Church and used as a tool by Catholics opposed to the Second Vatican Council, the 1962-65 event that led to wide reforms across the global church.

Critics said they had never before witnessed a pope so thoroughly reversing his predecessor. That the reversal concerned something so fundamental as the liturgy, while Benedict is still alive and living in the Vatican as a retired pope, only amplified the extraordinary nature of Francis' move, which will surely result in more right-wing hostility directed at him.

Francis, 84, issued a new law requiring individual bishops to approve celebrations of the old Mass, also called the Tridentine Mass, and requiring newly ordained priests to receive explicit permission to celebrate it from their bishops in consultation with the Vatican.

Under the new law, bishops must also determine if the current groups of faithful attached to the old Mass accept Vatican II. These groups can no longer use regular parishes for their Masses; instead, bishops must find an alternate location for them.

In addition, Francis said bishops are no longer allowed to authorize the formation of any new pro-Latin Mass groups in their dioceses.

Francis said he was taking action to promote unity and heal divisions within the church that had grown since Benedict’s 2007 document, Summorum Pontificum. He said he based his decision on a 2020 Vatican survey of all the world's bishops, whose "responses reveal a situation that preoccupies and saddens me, and persuades me of the need to intervene."

"This is an extremely disappointing document which entirely undoes the legal provisions," of Benedict’s 2007 document, said Joseph Shaw, chairman of the Latin Mass Society of England and Wales.

While Latin celebrations can continue, "the presumption is consistently against them: bishops are being invited to close them down,” Shaw said, adding that the requirement for Latin Masses to be held outside a parish was “unworkable."

"This is an extraordinary rejection of the hard work for the church and the loyalty to the hierarchy which has characterized the movement for the Traditional Mass for many years, which I fear will foster a sense of alienation among those attached to the Church’s ancient liturgy," he said in an email.

Benedict had issued his document in 2007 to reach out to a breakaway, schismatic group that celebrates the Latin Mass, the Society of St. Pius X, and which had split from Rome over the modernizing reforms of Vatican II.

The opportunity offered by Benedict, the pope said in a letter to bishops accompanying the new law, was instead "exploited to widen the gaps, reinforce the divergences, and encourage disagreements that injure the Church, block her path, and expose her to the peril of division."

Francis said he was "saddened" that the use of the old Mass "is often characterized by a rejection not only of the liturgical reform, but of the Vatican Council II itself, claiming, with unfounded and unsustainable assertions, that it betrayed the Tradition and the 'true Church.'"

Christopher Bellitto, professor of church history at Keane University, said Francis was right to intervene, noting that Benedict's original decision had had a slew of unintended consequences that not only split the church but temporarily roiled relations with Jews.

"Francis hits it right on the head with his observation that Benedict’s 2007 loosening of regulations against the Latin rite allowed others to use it for division," he said. "The blowback proves his point."

The blowback was indeed fierce, though it's also likely that many will simply ignore Francis' decree and continue on as before with sympathetic bishops. Some of these traditionalists and Catholics already were among Francis' fiercest critics, with some accusing him of heresy for having opened the door to letting divorced and civilly remarried Catholics receive Communion.

Cardinals who are critics of Francis did not immediately comment on the law. In recent days, however, Cardinal Robert Sarah, the retired head of the Vatican's liturgy office and a fierce supporter of the old liturgy, sent preemptive tweets insisting on the "irreversible" reform that Benedict had ushered in.

For years, though, Francis has made known his distaste of the old liturgy, privately labeling its adherents self-referential navel-gazers who are out of touch with the needs of the church and its faithful today. He has cracked down on religious orders that celebrated the old Mass exclusively and frequently decried the "rigidity" of tradition-minded priests who prioritize rules over pastoral accompaniment.

Traditionalists have insisted that the old liturgy was never abrogated and that Benedict’s 2007 reform had allowed it to flourish.

They point to the growth of traditionalist parishes, often frequented by young, large families, as well as new religious orders that celebrate the old liturgy. The Latin Mass Society claims the number of traditional Masses celebrated each Sunday in England and Wales had more than doubled since 2007, from 20 to 46.

But for many, the writing was on the wall as soon as Francis stepped out onto the loggia of St. Peter’s Basilica after his 2013 election without the ermine-trimmed red velvet cape preferred by Benedict and a symbol of the pre-Vatican II church.