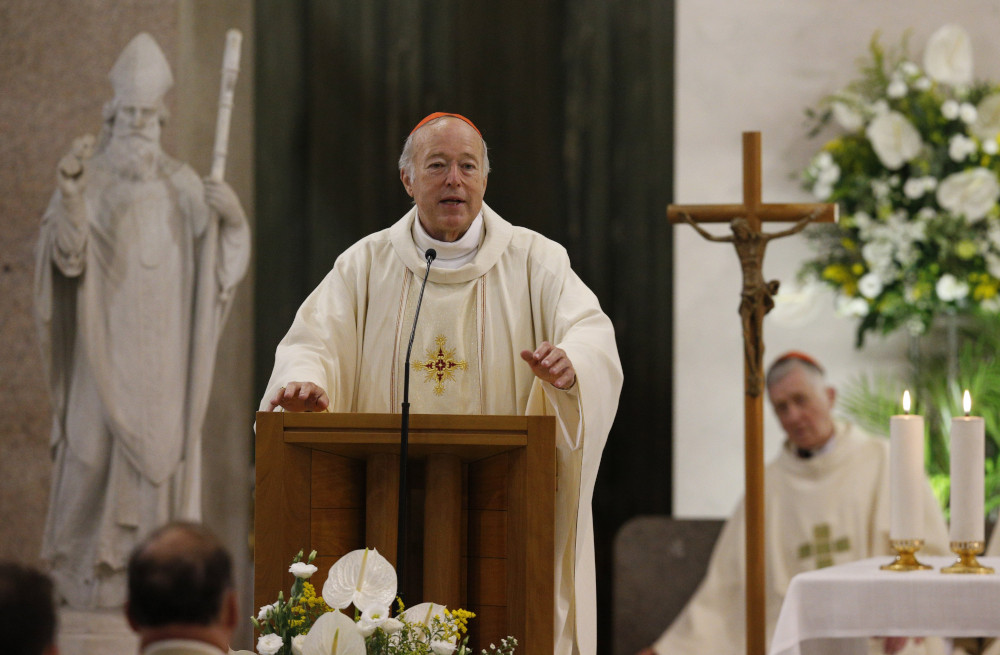 Cardinal Robert McElroy of San Diego gives the homily as he celebrates a Mass of thanksgiving at St. Patrick's Church in Rome in this Aug. 28, 2022, file photo. (CNS photo/Paul Haring)

Pope Francis appointed several recently created cardinals to be members of the dicasteries of the Roman Curia, the Vatican announced.

Among the new appointments announced by the Vatican Oct. 7 was Cardinal Robert McElroy of San Diego, who will serve as a member of the Dicastery for Laity, the Family and Life as well as the Dicastery for Promoting Integral Human Development.

McElroy was among the 20 prelates welcomed into the College of Cardinals by Pope Francis Aug. 27.

British Cardinal Arthur Roche, prefect of the Dicastery for Divine Worship and the Discipline of the Sacraments, was named a member of the dicasteries for Evangelization, for Bishops and for Culture and Education.

The pope named Korean Cardinal Lazarus You Heung-sik, prefect of the Dicastery for Clergy, as a member of the dicasteries for Evangelization, for Bishops and for Divine Worship and the Discipline of the Sacraments.