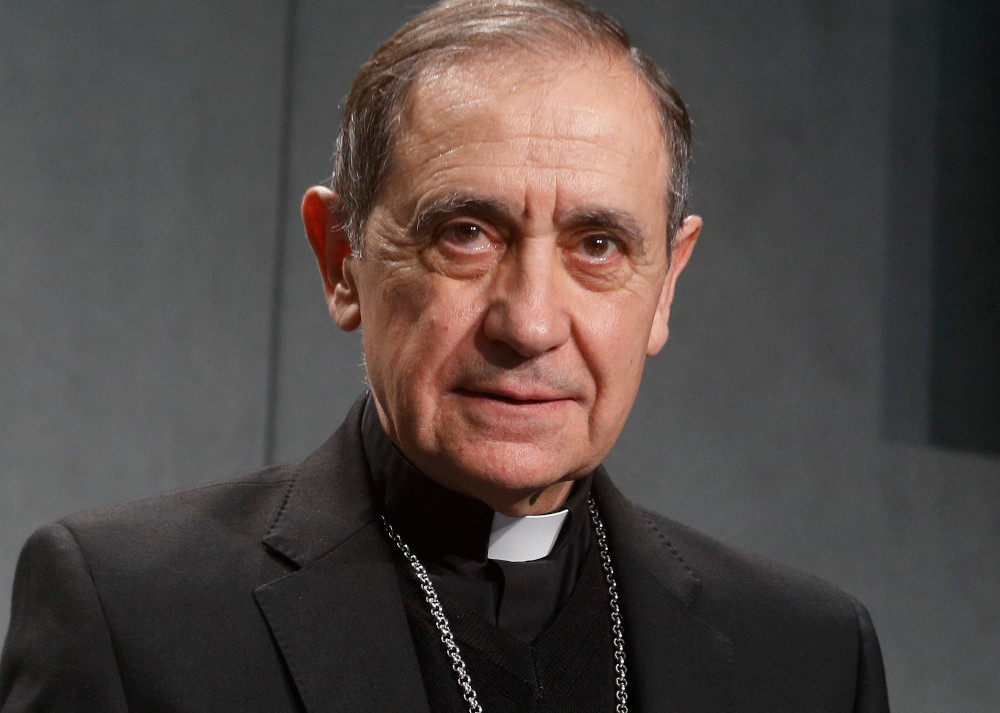 Bishop Juan Ignacio Arrieta, secretary of the Pontifical Council for Legislative Texts, attends a news conference at the Vatican in this May 9, 2019, file photo. Arrieta said the revised section of the Code of Canon Law dealing with crimes and penalties, including those related to clerical sexual abuse, should be ready for publication before the end of summer. (CNS Photo/Robert Duncan)

The revised section of the Code of Canon Law dealing with crimes and penalties, including those related to clerical sexual abuse, should be ready for publication before the end of summer, said the secretary of the Pontifical Council for Legislative Texts.

Bishop Juan Ignacio Arrieta, who spearheaded the project, confirmed the imminent publication in late May after the Catholic Bishops of England and Wales released correspondence about changing the current code "to clearly distinguish" between a priest violating his promise of chastity and sexually abusing a minor.

Pope Francis already said in February 2020 that the work on a revised Book VI of the Code of Canon Law, "Sanctions in the Church," was complete.

The revision, the pope had said, was needed "to make it more organic and responsive to new situations and problems" that the church has become more aware of since the code was published in 1983. Work on the revision began in 2008.

As the church's chief legislator, it is Pope Francis who will decide whether or not to promulgate the revised book and order that it replace the current law.

Following up on recommendations made by the British Independent Inquiry into Child Sexual Abuse, Cardinal Vincent Nichols of Westminster, president of the bishops' conference, wrote to Archbishop Filippo Iannone, president of the pontifical council, asking for a separate canon in the code dealing with abuse of minors and, more specifically, not describing it as an offense "contra sextum" — against the Sixth Commandment, "You shall not commit adultery."

"While it is recognized that the term 'contra sextum' has been used in the tradition to express something far wider than adultery, it should also be recognized that the term, as used in the law, is no longer adequate to meet the demands of a contemporary canonical approach to sexual offences against minors and their equivalent in law and can distort the values which the church wishes to protect in prosecuting these offences," the cardinal wrote.

In his reply, Archbishop Iannone said, "The concerns you have expressed have already been taken into consideration in the revision of Book VI" of the 1983 code.

Bishop Arrieta told Catholic News Service that the revised book contains 90 canons and that while not all of them have been rewritten, many have in accordance with new laws and procedures enacted since St. John Paul II promulgated the code in 1983.

The new laws include many dealing with clerical sexual abuse and the obligation of bishops and religious superiors to act when allegations are made, but also include the "attempted ordination of women" and acts committed by priests against the sanctity of the Eucharist and against the sacrament of penance.