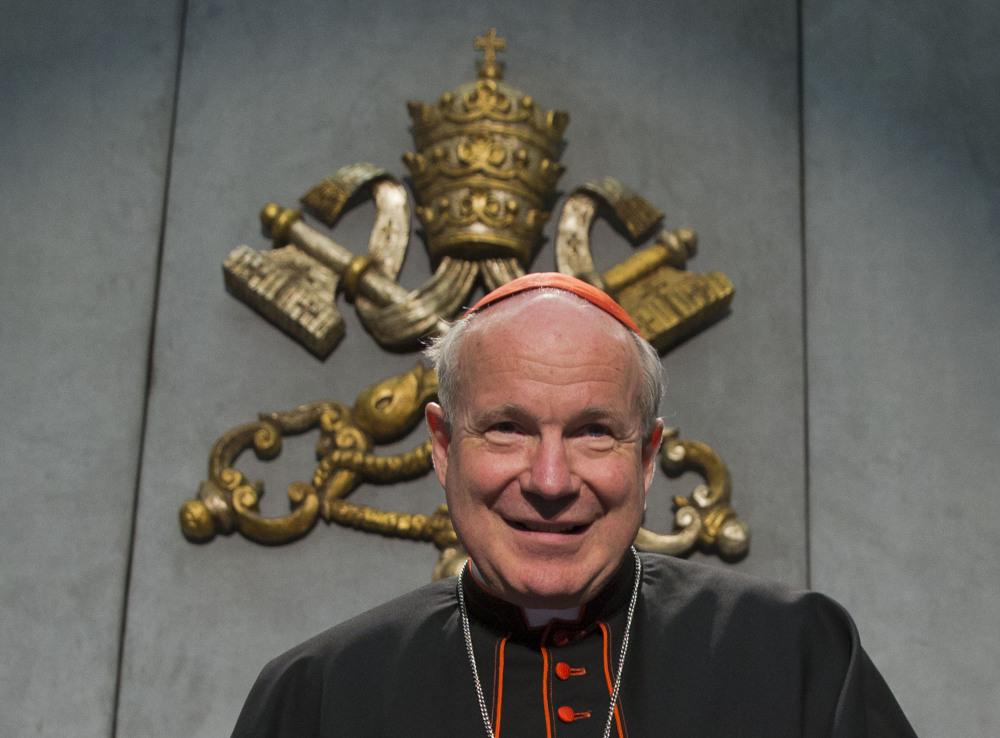 Cardinal Christoph Schoenborn attends a press conference to present the post-synodal apostolic exhortation ' Amoris Laetitia ' (The Joy of Love), at the Vatican, on April 8, 2016. The archbishop of Vienna, Austria, a longtime friend and former student of Pope Benedict XVI, has confirmed that it was he who wrote a letter to his former teacher urging him to accept election as pontiff in 2005 if the votes went his way. Schoenborn issued a statement Jan. 18 confirming a revelation in a new book by Benedict’s personal secretary, Archbishop Georg Gaenswein, that was published the week after Benedict died Dec. 31 at age 95. (AP Photo/Andrew Medichini, File)

The archbishop of Vienna, a longtime friend and former student of Pope Benedict XVI, has confirmed that it was he who wrote a letter to his former teacher urging him to accept election as pontiff in 2005 if the votes went his way.

The book, “Nothing But the Truth: My Life Beside Pope Benedict XVI,” already has generated controversy, because it revealed confidential communications and exposed the tensions that simmered during the decade in which Benedict lived as an emeritus pope alongside Pope Francis.

Schoenborn said the publication of the book was an “unseemly indiscretion” and distanced himself from it. The statement on the archdiocesan website quoted him as saying: “I don’t think it’s right that such confidential things are published, especially by the personal secretary.”

But Schoenborn nevertheless confirmed one of the less controversial chapters in the book, surrounding the election of the former Cardinal Joseph Ratzinger as pope in 2005, following the death of St. John Paul II. Soon after he was elected, Benedict told a group of German pilgrims that as the votes started to go his way during the conclave, he felt dizzy and that a “guillotine” was falling on him.

But he said then that he was heartened by a letter he had received from an unnamed cardinal “confrere” in the days before the conclave began, urging him to follow whatever God had in store for him.

In the book, Gaenswein revealed that it was Schoenborn who penned the letter, noting that he was one of the few people who addressed Benedict with the informal “you” — something not even Benedict’s closest Vatican collaborators ever did. Schoenborn and Ratzinger had known each other since 1972, when the young Dominican priest took a course Ratzinger gave in Regensburg, Germany, and “remained in the tight circle of his former students,” Gaenswein wrote.

In the statement, Schoenborn confirmed “That was the case.” But in another indication of his disagreement that such information had been made public, and so soon after Benedict’s death, he added: “I have deliberately kept silent about it until now.”

Schoenborn, who turns 78 on Jan. 22, is by many counts eminently “papabile,” or having the characteristics of a future pope. Descended from nobility and the son of divorced parents, he shares a strong affinity with Benedict and his conservative allies, but has remained on good terms with Francis. Most significantly, he defended Francis’ outreach to divorced and civilly remarried couples as a natural “development” in church doctrine, after Francis came under attack by conservatives.