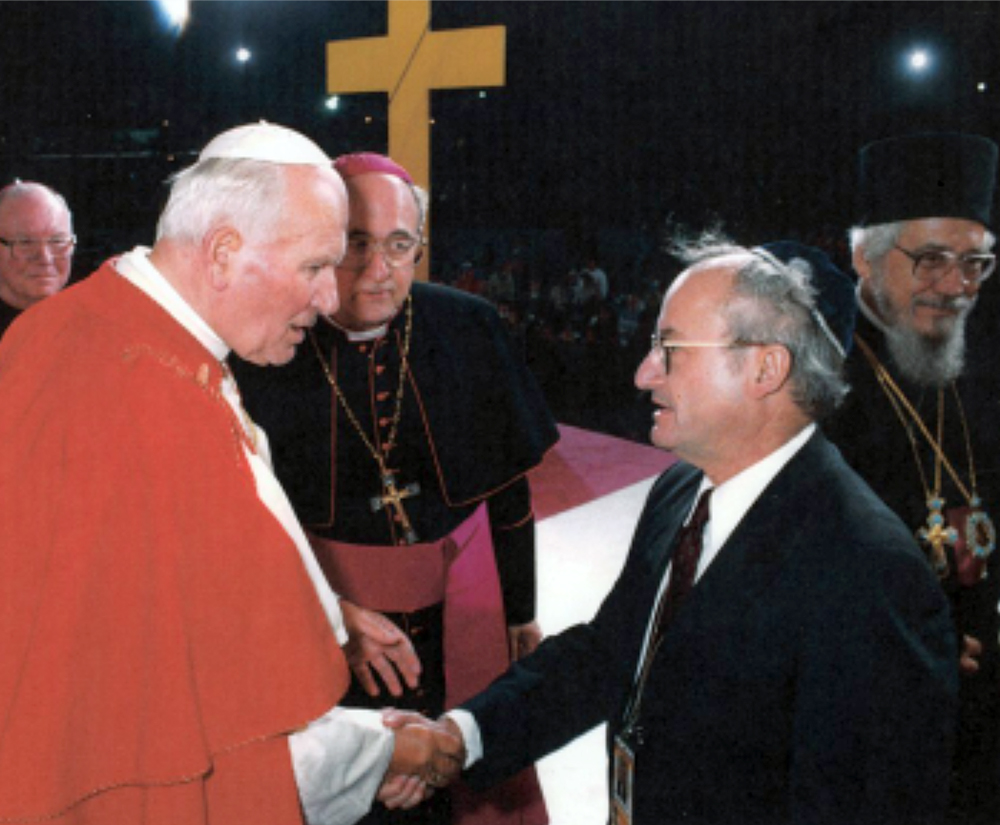 Rabbi A. James Rudin, the longtime interreligious affairs director for the American Jewish Committee, will be conferred the prestigious Papal Knight of St. Gregory for his work on Catholic-Jewish relations, one of the few non-Catholics to receive the honor.

Only eight other Jews have been knighted by the order, established in 1831, that recognizes personal service or unusual labor in support of the Catholic Church. Among them are three other rabbis, David Rosen and the late Mordecai Waxman and Leon Klenicki.

A Reform rabbi and also a writer who has contributed hundreds of columns over the years to Religion News Service, Rudin traveled widely meeting with popes, presidents, Protestant denominational leaders and world-famous evangelists in his efforts to improve Jewish-Christian relations in the aftermath of World War II and the Holocaust.

This year he also published a memoir, “The People in the Room: Rabbis, Nuns, Pastors, Popes, and Presidents,” detailing his 42 trips across the Atlantic on behalf of the AJC.

“For more than 50 years, Rabbi James Rudin has worked to advance Catholic-Jewish relations, and interfaith relations on a wider scale, with extraordinary skill, dedication, and success,” Cardinal Seán O’Malley, archbishop of Boston, said in a statement. “The impact of this work continues to grow as successive generations build on the foundation Rabbi Rudin has established.”

Rudin, 88, said his relations with Catholics go back to his youth in Alexandria, Virginia. At that time, Jews and Catholics were vastly outnumbered by white evangelicals who viewed them with a certain disdain.

In grade school, one teacher asked Rudin, the only Jew in the class, and his two Catholic classmates to leave the room during a reading of the New Testament.

“That was my first introduction to Catholic-Jewish relations: little kids singled out and humiliated standing outside the classroom,” Rudin said.

Later, as an Air Force chaplain in Japan and Korea, he said, his closest colleague was a Catholic priest with whom he cooperated on Catholic-Jewish programming.

Rudin joined the American Jewish Committee in 1968 and developed a close working relationship with another priest, John O’Connor, who went on to become archbishop of New York and ultimately a cardinal.

Rudin also co-founded the St. Leo University’s Center for Catholic-Jewish Studies, where he has taught Judaism for several years.

The investiture will take place there. O’Malley will represent Pope Francis in the ceremony on Nov. 20, on the campus of the Catholic liberal arts school, about 40 miles north of Tampa.