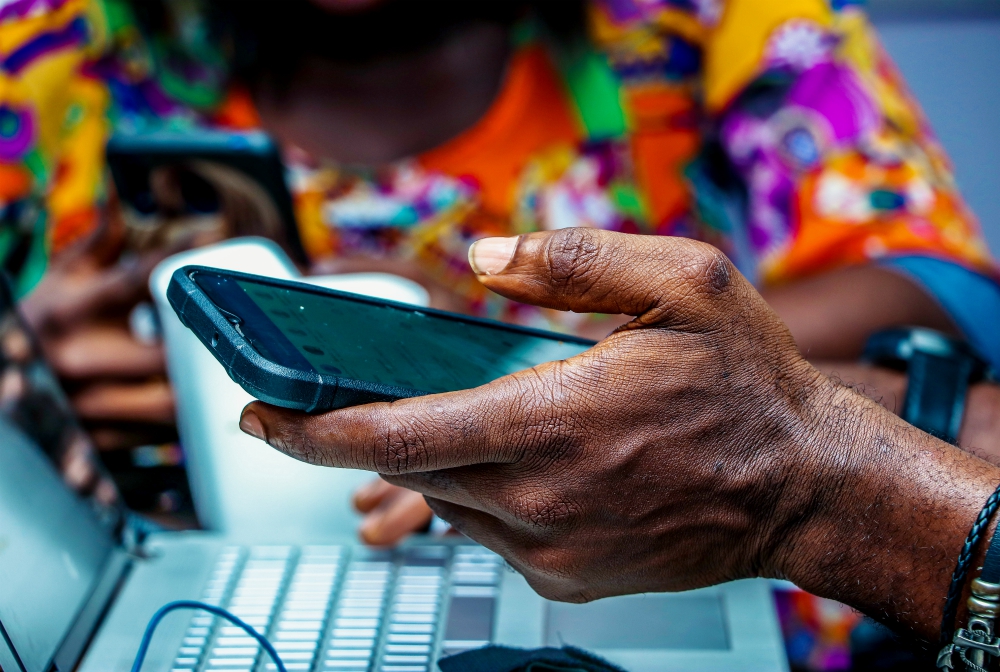 A man holds a cellphone in Lagos, Nigeria. (Unsplash/Olumide Bamgbelu)

A number of Nigerian priests, including a bishop at a diocese in northwestern Nigeria, are opposing two proposed bills by Nigerian lawmakers to regulate social media.

In November 2019, two Nigerian senators at the National Assembly from the ruling party introduced the bills, which would regulate the use of social media in the country and fight fake news and hate speech on the internet.

The bills are generating debates across the country. For instance, the National Commission for the Prohibition of Hate Speech Bill seeks the death penalty for offenders.

Two weeks after it was introduced, the Protection from Internet Falsehood and Manipulations Bill, also known as the social media bill, passed second reading despite growing criticisms and protests. If passed into law, offenders would pay fines up to 300,000 naira (about $825) or imprisonment for up to three years for individuals, and 10 million naira (about $27,500) for corporate organizations.

The Nigerian government has stated its resolve to regulate the operation of social media and the information shared on them. In 2018, Nigeria's social media user base grew to 29.3 million and is projected to grow to 36.8 million in 2023. Minister of Information Lai Mohammed was criticized for denying the existence of attempts to regulate social media.

Nigerians who oppose the bills say that they are a way of suppressing freedom of expression as contained in the country's 1999 constitution and in other international conventions like the Universal Declaration of Human Rights, which guarantees freedom of expression. They further argued that the existing Cyber Crimes Act and Anti-Terrorism Act already cover many of the offenses the new bills seek to address.

"The ultimate goal of this bill is not to punish those who offend, but those who offend the government," said Bishop Matthew Hassan Kukah of the Sokoto Diocese. "If the government gets away with it, we have no idea what else will be on the table. Only a robust debate can cure the claims of cynicism."

Kukah, who has been critical of Nigerian government's policies, continued: "To be sure, there is no one, including myself who is not aware of the dangers posed by social media. We have all been victims. ... It is desirable that we address social media by way of education, open debate and transfer of knowledge."

The Hate Speech Bill "is already covered in the Nigerian law with libel and fundamental human rights clauses," said Msgr. Obiora Ike, executive director of Globethics.net. "We may allow each state reflect its situation and legislate laws that address its situation on this topic. But a federal hate bill law may heat up the polity."

On the punishment of death penalty for offenders, Ike said such a punishment "is already forbidden by divine law and international covenants and laws to which Nigeria is signatory. Hate bills with death penalty imposition is barbaric, redundant and grossly unjust. It cheapens human life and does not apply justice, rather grounds laws on fears and hate."

After the legislation was introduced, more than 500 protesters stormed the National Assembly in November, demanding the immediate withdrawal of the bills.

"I feel the government wants to use this to clamp down on dissenting voices in the country," said Fr. Donatus Ajibo, a doctoral student in journalism and media studies at the University of Nigeria, Nsukka.

"Hate speech is not a capital punishment, and proposing a capital punishment for an offense that is simple as this is simply unrealistic," Ajibo said. "We know it's all a political move than in the interest of the public because social media gives people the opportunity to air their views on government policies."

Apart from the criticisms from the Catholics in the country, human rights groups like Amnesty International have also condemned the bills.