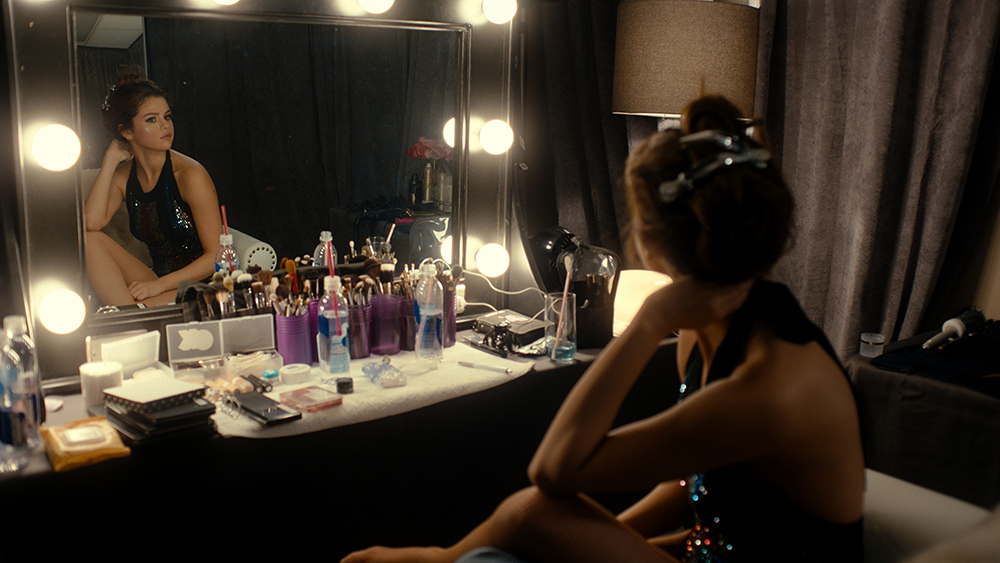 Whether you know her as Mabel on "Only Murders in the Building," as the ex-girlfriend of pop star Justin Bieber, or as a pop star in her own right, the truth is that you don't really know Selena Gomez. But she's ready to change that. In the beginning of the Apple TV+ documentary "Selena Gomez: My Mind and Me," released Nov. 2, the singer and actor makes one promise: She will only tell her darkest secrets.

To keep such a lofty promise, viewers are taken on a journey through a five-year period of Gomez's life, adding perspective where we've only seen headlines: life with lupus, a kidney transplant, a bipolar disorder diagnosis and subsequent reemergence into the public eye. In this journey of healing and rediscovery, we accompany Gomez on a cross-country trip back to her roots in Grand Prairie, Texas, then across the world to Kenya, London and Paris before returning back home to Grand Prairie.

"My Mind and Me" is a story told in three acts, segmented by journal entries. The prologue highlights the insecurities Gomez feels about her body, talent and effort. Here we see her trying to meet each and every demand placed upon her by the entertainment industry, by her fans and by her own self.

She struggles to set boundaries with her team because she wants to please everyone; she's unsure of whom to trust with her vulnerability; she seeks validation at every turn, leaving her open to manipulation.

When we first meet her in the documentary, Gomez is a woman unnecessarily apologetic and meek. It should also be noted that there is no clear Latine or BIPOC presence in her immediate team. Such a lack of culturally sensitive support might have affected her ability to reach out to have her needs met. 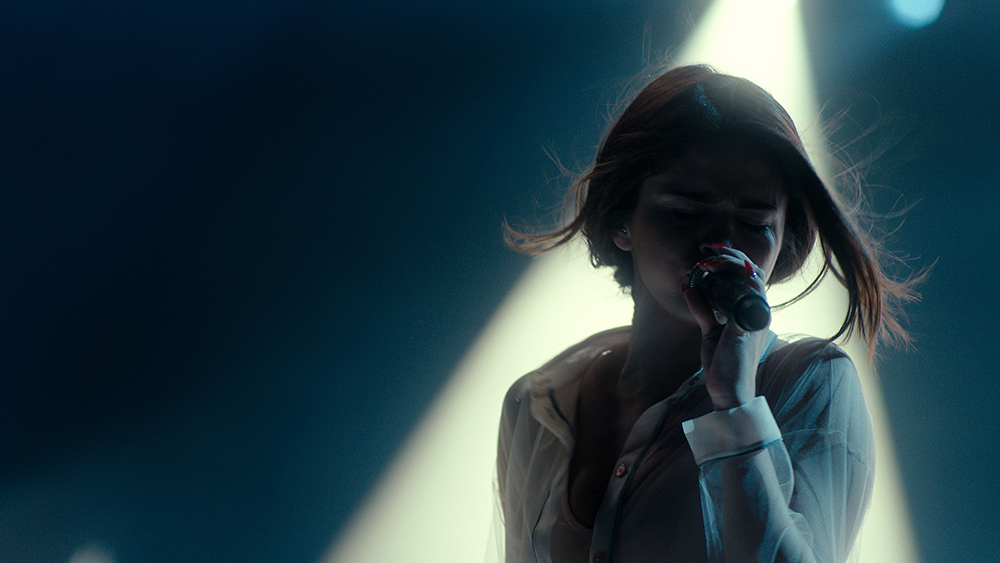 This comes as no surprise, as persons from marginalized and minority communities are often hesitant to reach outside the familiar for assistance. For us, the added emotional labor of expressing why your problem is, in fact, a problem to those who don't get it is often too great a burden to bear.

When, on the other hand, you are surrounded by people who share a common background, what is understood (culturally and otherwise) does not need to be explained.

Unfortunately for Gomez, who didn't have the support she needed, the stress of living under unrealistic expectations led to the cancellation of her 2016 tour, the aftermath of which is where the documentary begins in earnest.

Act One begins in 2018 with an invitation into Selena Gomez's beginning. She reminisces about childhood with her cousin and longtime confidant, Priscilla — a conversation not short on the recollection of silly pranks and elementary school crushes. Touring the school she once attended, Gomez speaks to current students and offers a glimpse of her shy personality.

On a tour of her neighborhood, we catch a sweet exchange between the pop star and a neighbor who showed her kindness in her youth; it is here we first witness Gomez's humility and gratitude, qualities that make her feel more like an old friend than celebrity.

Act Two jumps to 2019 and to a maturing Gomez who finds both the voice for her struggle with bipolar disorder and the will to share the lessons learned from her suffering as a way to give back to others.

On a philanthropic trip to Kenya through the We foundation, an organization that educates and empowers young Kenyan women, Gomez realizes how much she stands to gain from those whose lives look very different than her own. Gomez, who was raised in a Catholic environment but admittedly doesn't practice, likely does not know that Pope Francis calls this a "culture of encounter," wherein humans can bypass differences and superficiality to truly see one another and be changed through one another's presence.

And yet she can't stay in Kenya forever. Upon leaving Africa, Gomez is reluctantly thrust into the whirlwind of promoting her "Rare" album in London and Paris, where the impersonalism of reporters and strict demands on her time trigger past experiences of being commodified like a product rather than treated like a human. But in the midst of it we see the emergence of a new woman, one who begins to hold boundaries without apology and puts her own needs before the demands of others.

After an uncomfortable interview with a dismissive reporter, Gomez drew a line. "I don't want to do that ever again. I feel like a product. ... You know what it is? It made me feel like Disney."

Harkening back to her time as a child star, she emphasizes, "I just spent years of my life trying to not be that."

In Act Three, a new set of struggles are brought on by the coronavirus pandemic. As an immunocompromised person due to lupus, Gomez is isolated from her community and has new health concerns. Additionally, she is devastated to learn that her continued work with the We foundation has been compromised due to a scandal within the organization. 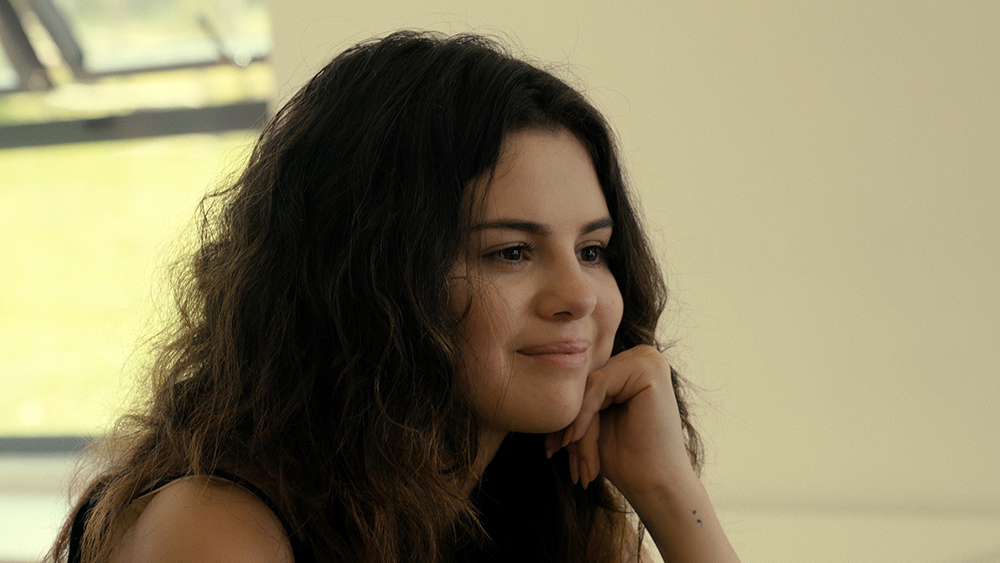 But this is not the Selena Gomez we met in the film's prologue. With more confidence, emotional intelligence and support, Gomez isn't brought to her knees a second time. Instead, in the heat of the crucible, she returns to Grand Prairie. She goes home.

This second trip to Texas is a moving reminder that we need a community to sustain us and can find healing in returning to our roots. Gomez ends this chapter of her story with a litany of opposing truths that highlight her challenges as well as her strengths: "I am at peace, I'm angry, I'm sad, I'm confident." And we believe her.

Though it had its faults, including a lack of resolution about whom Gomez allowed to remain in her inner circle, "My Mind and Me" is so much more than a story about the struggles of a performer. It has layers that beg to be seen. Viewers may tune in to know a bit more about Selena Gomez, but they may be surprised to walk away knowing more about themselves. Our collective experience of struggle and the need to be seen, known and understood practically jumps off the screen.

By offering insight into her struggles and trauma, Gomez helps viewers understand our own. The last few years have left few of us untouched by crisis, anxiety and suffering. We're not all international pop stars, but in this vulnerable documentary Gomez has given us trauma-informed storytelling that might move viewers to examine the power of their triggers, the depth of their roots, and the viability of their community as we work to understand ourselves — and each other — a bit better.

May we have half the self-awareness that Gomez shows here, and may we too draw on community, share our strength and remember our roots as we grow and heal.