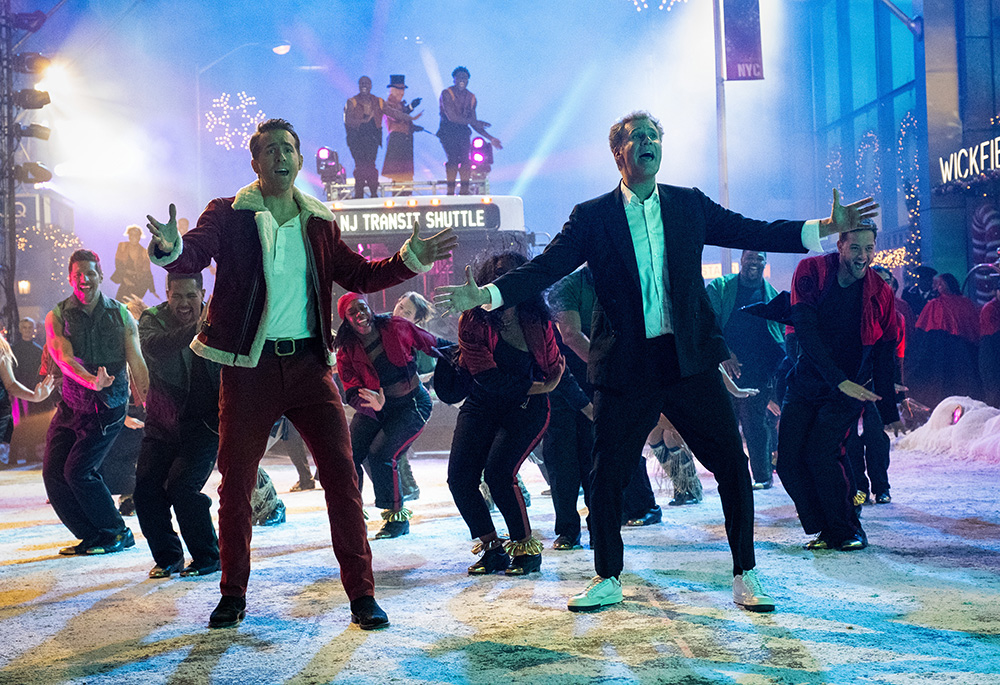 Ryan Reynolds and Will Ferrell in "Spirited," now streaming on Apple TV+ (Courtesy of Apple TV+)

My two little girls were in the backseat of our SUV, school bound and late. It was a cold morning — frost clung stubbornly to every bit of the car's exposed glass — and we were still shivering as I pulled out of the driveway.

"Elsa!" the littlest one yelled. "Listen to Elsa!" The soundtrack to "Frozen" felt appropriate.

But it was my eldest daughter's request that would win the day. "Can we listen to the 'Good Morning' song, Daddy? The Christmas one?"

Now, that sounds like an innocent enough request. Except, she'd gotten the title wrong: It's called "Good Afternoon" — an honest mistake — and it's one of the few expletive-laden songs in the new Christmas musical, “Spirited,” now on Apple TV+.

"Uh …" I stammered. Another honest mistake: I'd introduced my daughters to the music without paying close attention to the words, so enthralled was I with the spiritual themes and incredible dancing of the movie itself.

And that's how we wound up not quite singing along to a Christmas song about using salty language from the 1800s to work through your anger. Don't worry, I kept my finger on the volume dial.

But I think this scene proves the point: "Spirited" is a delightful movie. Both a quasi-sequel to and adaptation of Charles Dickens’ classic A Christmas Carol, Will Ferrell and Ryan Reynolds star as the Ghost of Christmas Present and the modern-day iteration of Scrooge (named Clint Briggs), respectively. The music is contagiously fun — even a 5-year-old who can't quite follow the words and definitely hasn't watched the film can't get enough of it. 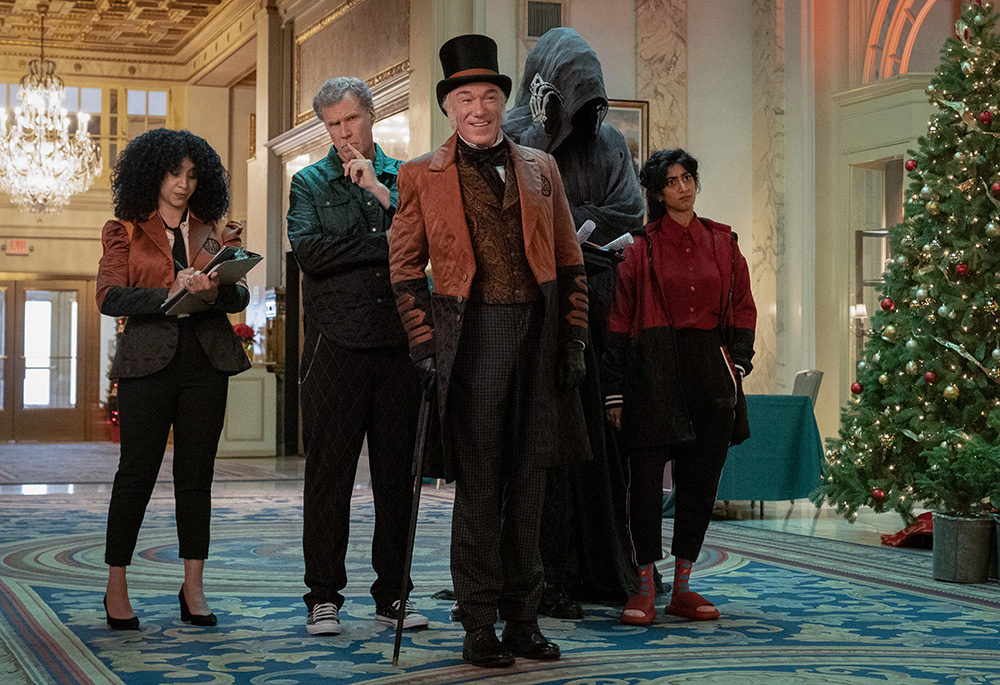 But it's not just the music that makes this movie a delight — it's what the music points to, what the words of the songs draw us near, what the story itself endeavors to impart.

Because the whole point of singing about expletives from the 19th century is that, well, sometimes we slip into expletives in the 21st century. We get sloppy with our words; we let our anger get the best of us; we take it out on our friends, family, and co-workers. And yet we aren't inherently, forever and always, terrible people.

A few slip-ups here and there don't make us bad. In fact, the ongoing temptation to make mistakes, to slip up, dare we say to sin, is bound up in what it means to be alive. And we don't always get it right — we can't!

But that doesn’t make us unredeemable. Which is the whole point of the movie.

But people don't change, Clint insists time and again — even though he's face to face with a whole mess of agitated Christmas spirits bent on haunting him into a new person. People don't change.

Clint embodies all that is modern-day Scrooge-worthy: He's a high-powered, high-paid troll who makes his mark by scouring the internet and studying human nature so as to divide and enrage the population. His latest project, we learn early on, is revitalizing the failing Christmas tree industry.

“You've got the better product," he assures a room full of Christmas tree sellers (in song). "What you're really selling is the way things ought to be. … It's a symbol of your values." Those who buy fake trees, he insists, must be framed as anti-Christmas, anti-family, anti-tradition — the list goes on. "We need some confrontation, or your message won't get through."

We all know a Clint or two on our social media feeds. And I bet our first thought isn't, "I bet that guy can change for the better!" (You might be more inclined to roll out a few 19th-century expletives.)

But Will Ferrell's Ghost of Christmas Present believes Clint can change, that he's not — that no one is —unredeemable. And thus unfolds our Christmas tale. 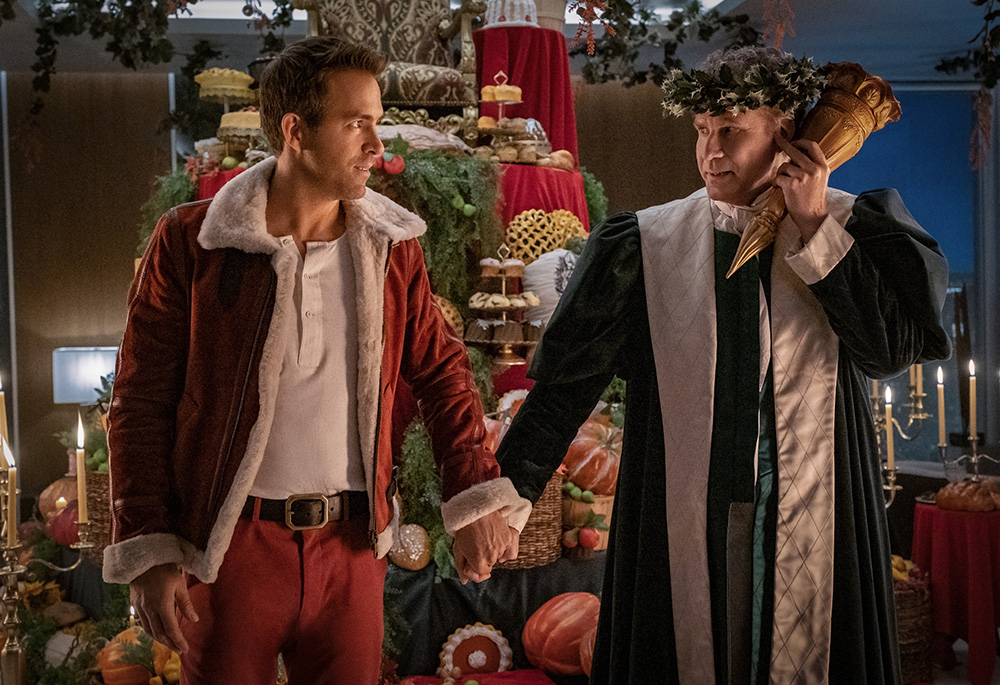 Ryan Reynolds and Will Ferrell in "Spirited," now streaming on Apple TV+ (Courtesy of Apple TV+)

But is that really how any sort of change takes place? And if you rely on a single, solitary instant to be the totality of your change — of your redemption — then, can that changed self fade, falter, revert back? And if we fall back into our old ways — an expletive here and there, for example — does that mean we never really changed at all?

Are we then unredeemable? ("No! Never!" our faith insists.)

"Spirited" tackles these big, spiritual questions with joy, humor and a flurry of dancing feet. And ultimately, the film lands on a very Catholic answer: It’s both/and. Both big, life-altering cannonball moments can lead us to change and so can — so do — the tiny, mundane, nitty-gritty choices we make each and every day.

Christ is born — that's big news! But our own, unique, workaday response to Christ inviting us to become and more and more our holiest selves is quieter, more ordinary.

"Spirited" reminds us of this simple Christmas truth: Redemption is just one choice away, one more turning back toward the good, and then another and then another, as many steps as we have left to take.

Slow, steady, joy-filled. It's a practice, a disposition, a readiness to sing along to the song the Holy Spirit sings in our own hearts — salty words and all.