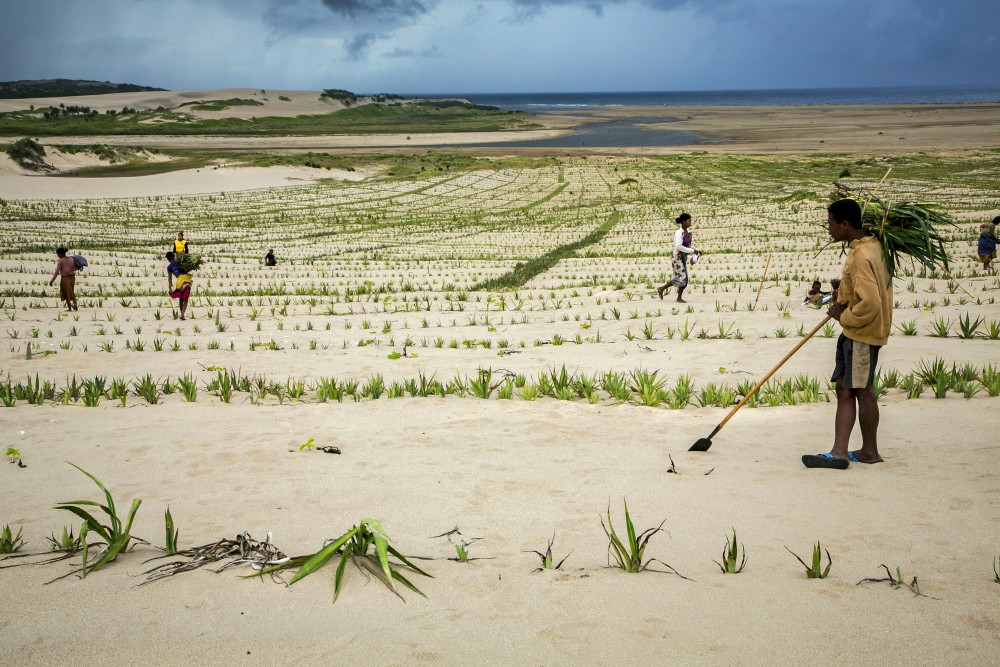 Community members plant sisal on sand dunes to stabilize them and keep them from blowing and moving onto farmland near the village of Anjongo, Madagascar, March 22, 2019. (CNS/Catholic Relief Services/Jim Stipe)

The head of the U.S. bishops' domestic justice office delivered a plea directly to the nation's legislative branch Oct. 1 on behalf of the planet: "Creation needs Congress to act."

The briefing was intended to mark the fifth anniversary of Pope Francis' social encyclical on the environment, "Laudato Si', on Care for Our Common Home." But it also expressed the bishops' support for the caucus to its leaders, Sens. Chris Coons, D-Delaware, and Mike Braun, R-Indiana, who along with their staff were among the 300 participants in the virtual conversation.

Coakley, archbishop of Oklahoma City and chairman of the U.S. bishops' Committee on Domestic Justice and Human Development, called the caucus a sign of "good news." He said its bipartisan structure "connects deeply with a Christian view of environmental stewardship" and reflects the type of conversation about environmental challenges that Francis called for in his September 2015 address to Congress.

"The environment, an often-fragile gift, cannot afford to have disagreements and partisan self-interests get in the way of concerted, effective policy and action," Coakley said.

Long-term priority policies, he said, must include climate mitigation strategies, adaptation measures to provide relief for communities around the world already suffering from climate change, and protection for species, biomes and human well-being, particularly for poor and marginalized communities.

"We cannot rely on executive orders that can be rolled back, to protect the environment," the archbishop said. "We need Congress to act. Creation needs Congress to act. And in a bipartisan fashion and for the long term."

Coakley added, "We are in desperate need of good reasoning, good governance and good science, and above all truth for climate policies."

The three years and nine months since President Donald Trump took office have demonstrated the limits of implementing policies by executive order, rather than through legislation.

The Trump administration has worked to undo many environmental regulations and climate policies enacted by President Barack Obama, including withdrawing from the Paris Agreement on climate change, weakening carbon and methane emission regulations, and lowering automobile fuel economy standards. Obama implemented many of those policies by executive order because of the difficulty of pushing climate legislation through the Republican-controlled Congress during his second term. 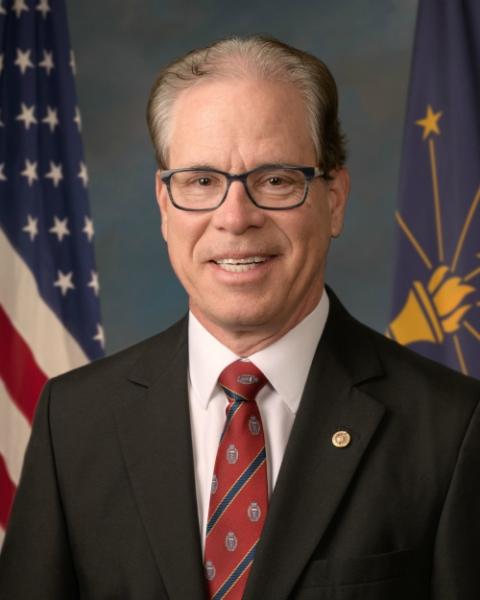 Braun, a first-term senator, conceded that Republicans have been responsible for the gridlock on climate and environmental legislation.

"There are tons of ideas that are out there that are so good. I'm going to just cut to the chase and say it's a political issue, mostly on my side of the aisle," he said, acknowledging that some members of his party do not accept climate science or they call global warming a hoax.

Braun encouraged participants on the call to contact their elected officials, especially those who are congressional leaders or committee chairs, to express their concern about climate change.

"I'm going to do everything I can. I just invite others to do the same," he said. 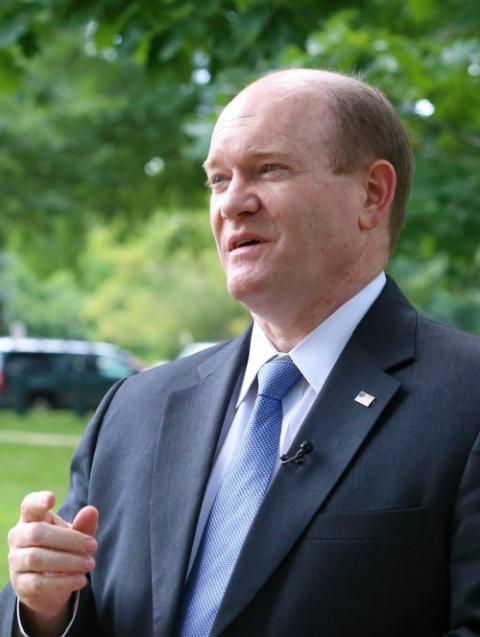 Coons added that the faith community "can lift up the urgency" of the long-term consequences of climate change, "which is imminent and present in the experiences of so many around the world here in the short term, as well."

Braun and Coons got to know one another through weekly Senate prayer breakfasts. Coons, the Delaware senator who is part of former Vice President Joe Biden's faith outreach team, said climate change is evident in California's wildfires and the expansion of the desert in Africa's Sahel region.

The briefing, held near the end of the Season of Creation, was originally planned for April as a dinner, but was derailed by lockdowns because of the coronavirus pandemic.

In February, Coakley and Bishop David Malloy, chair of the bishops' Committee on International Justice and Peace, wrote a letter of support to the Senate caucus' membership, saying, "This initiative has the opportunity to create enduring policy solutions to address the harmful social and environmental impacts of a changing climate."

The Senate Climate Solutions Caucus formed in 2019, following the creation of a similar caucus in the House of Representatives three years earlier. The Senate version counts 14 of the 100 senators as members. 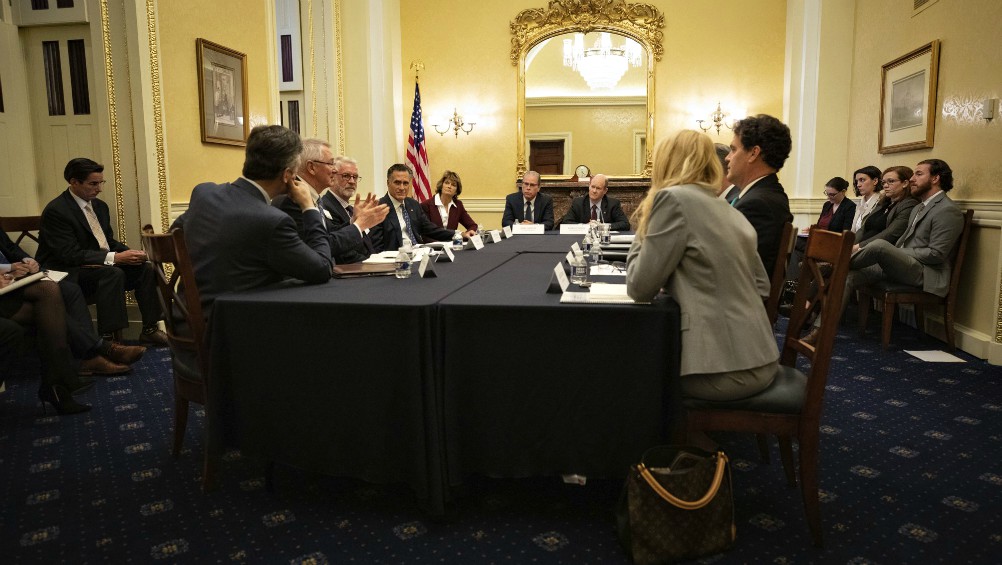 In both caucuses, membership is limited to an equal number of Democrats and Republicans, often resulting in a waiting list for Democrats as fewer Republicans have expressed interest. In the House, the one-to-one ratio was skewed by the 2018 midterm election, in which roughly half of the caucus' Republican members lost their races, including co-founder Rep. Carlos Curbelo of south Florida.

Coons, Collins, Graham and Shaheen are up for re-election in November.

Along with the U.S. bishops, more than a dozen Catholic organizations, including Catholic Climate Covenant and Catholic Relief Services, have also lent backing to the two climate solutions caucuses. They have supported various bills proposed by the groups' members, including the Energy Innovation and Carbon Dividend Act of 2019.

But the optimism some hold for the two bipartisan caucuses is countered by skepticism in other corners. A February 2018 investigative report by InsideClimate News found that GOP House caucus members averaged a 16% positive environmental rating by the League of Conservation Voters, with all voting to streamline pipeline permits, most voting to repeal methane regulations and few speaking against Trump's move to withdraw the U.S. from the Paris Agreement.

Later that year, in July, just four Republican members of the House caucus voted against a mostly symbolic resolution opposing a carbon tax. Those voting records have led some to view the caucus as little more than "greenwashing" or cover for tight re-election campaigns. After the 2018 midterms, the head of the Sierra Club went so far as to call for it to be replaced.

On the Senate side, environmental groups have criticized members, including Braun and Coons, for accepting campaign donations from the fossil fuel industry.

Near the end of the bishops' legislative briefing, representatives of Catholic Charities USA and Catholic Relief Services highlighted the work their organizations are doing to respond to climate change.

Since 2005, Catholic Charities' member agencies have responded to more than 750 weather-related disasters and provided $140 million in assistance to 5 million people. They also worked with the White House in 2015 to help communities become more resilient to climate-related disasters and extreme weather. As of August, Catholic Charities had also provided $400 million in emergency aid and services related to the coronavirus pandemic.

"This pandemic serves as a terrible reminder that our health and our economies are not independent of the world around us," said Carla Fajardo, CRS country representative for Madagascar. 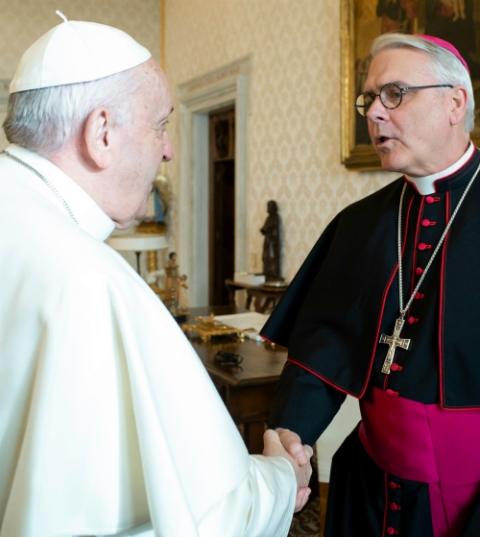 As for the U.S. church, Coakley repeated prior comments that on Laudato Si', "the good news is still getting out."

As for getting the encyclical's message more deeply embedded in the church, Coakley proposed finding ways to integrate it more into existing priest and faith formation programs.

"If we can take some of these concepts that are embedded in and articulated so eloquently in Laudato Si', such as integral ecology that everything is created, we're all related in so many ways, and utilize those teachings within Laudato Si' in what we're already doing, I think that would take us a long way," he said.