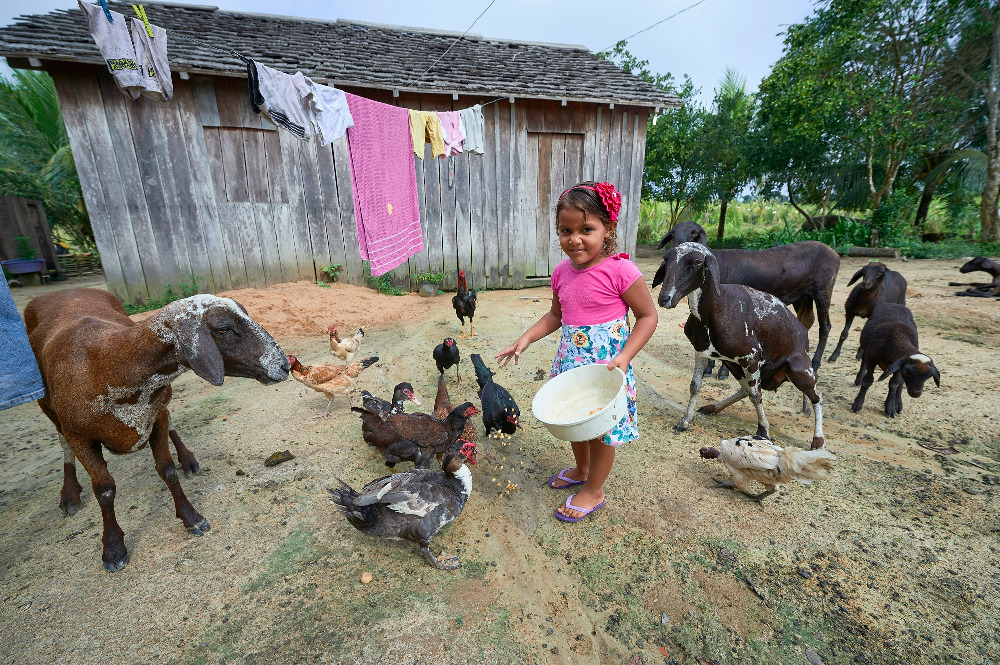 The start of October marks the first anniversary of the Synod for the Amazon, which put the periphery — the remote Amazon basin — at the center of the Catholic Church's attention for a month. Many media reports focused on proposals that the diaconate be opened to women and that married men be ordained so that Catholics in remote communities could have greater access to the Eucharist. But the Amazonian indigenous people at the synod, with voice but no vote, had a different agenda.

They hoped that Pope Francis, as a world leader with a voice on the international stage, would draw attention to the growing violence against indigenous peoples and their territories, Gregorio Díaz Mirabal, the leader of an umbrella group of Amazonian indigenous organizations, told me during a break between sessions.

A year later, the threats to the Amazon basin's people, and the forests and rivers on which their lives depend, have been compounded by the coronavirus pandemic, as various synod participants explain in my story for EarthBeat this week.

At first glance, Pope Francis' new encyclical, Fratelli Tutti, seems to say little about the environment. Read between the lines, though, and the issue is there in the passages about our "throwaway" society, the choices we make about using the gifts of the Earth and the way in which we care for the most vulnerable among us.

Patricia Gualinga, a Kichwa leader from Sarayaku, Ecuador, whose small community has battled oil companies, says Francis is guiding a process that is gradually raising awareness in the church about the Amazon and its people. Fratelli Tutti, she says, continues that process.

For Gualinga, the key is the church's "accompaniment of indigenous peoples in their struggles, in their defense, in their pain, a closer accompaniment, more in the territory, more human." The unity of which Francis writes in Fratelli Tutti "became more visible with the arrival of the pandemic, when it's been necessary to demonstrate that solidarity, that commitment, to stand together," she says.

"It's all interconnected, and that's the way it should be," Gualinga told me this week. "Beginning with the encyclical Laudato Si', which promoted love for nature, for creation, care for the common home. We came down to earth in a fragile part, the Amazon, with the Amazonian Synod, which deepened the relationship that exists with the Amazon, its people and their particular characteristics."

The synod underscored the importance of working "without harming cultures, without committing a new form of colonization," said Gualinga, whose parents are both active in the Catholic Church, and whose father is also a shaman. And Fratelli Tutti coincided with the coronavirus pandemic, she said, when we see "that God is present in the solidarity … that comes out when everyone has to depend on everyone else. For me, it's all interconnected."

Last year's synod occurred when massive deforestation and fires in the Amazon were making international headlines. When I spoke with Díaz this week, he told me that the coronavirus pandemic is being followed by a new wave of destruction by deforestation, fires and mining, which is affecting indigenous territories.

Although he, like Gualinga, was encouraged by the response of Francis and many bishops who were at the synod, he notes that not all of the Vatican-based bishops were supportive of the indigenous people's call for action. "They didn't say anything publicly, but you could tell they disagreed," he said. And "with their silence, with their lack of understanding," he added, they give tacit support to the forces of destruction in the Amazon "by omission."

"There are 1.3 billion Catholics in the world," Díaz said. "On Sundays, there may be 1.3 billion people praying. That's powerful. I believe in that. But it would be more powerful if they did something – if they stopped eating meat, if they stopped investing in oil. Catholics may have 10 cars at home, they have airplanes, they invest in oil and mining companies, but they pray on Sunday just the same. I think there should also be investment in indigenous peoples … economic support directly for the defense of the Amazon and indigenous peoples."

Díaz added, "We understand that the pope is committed to it, but the pope alone won't be able to do it. He needs his army, his people, his family, which consists of 1.3 billion people. That would be very powerful for us."

In some of what's new in other climate news this week:

A diverse group of experts will discuss a "Just Transition to Clean Energy" at the annual conference of the Seventh Generation Interfaith Coalition for Responsible Investment (SGI-CRI), to be held virtually this year on Oct. 12 from 3:30 to 5 p.m. central time. You can find more information about this and other events here.

Last week, we asked you to recommend resources that others might use to continue reflecting on our relationship with creation.

Reader Ferdinanda Van Gennip of Windsor, Ontario, Canada, writes: "Most helpful and inspiring for faith groups who pray together are two prayer books by John Philip Newell. Praying in a way that heightens awareness of our intimate connection with earth and with all of creation can spur us to act in ways that help address the climate crisis. Love rather than panic or fear become our motivation." She recommends Celtic Benediction: Morning and Night Prayer and Sounds of the Eternal, A Celtic Psalter: Morning & Night Prayer.

What resources do you, your family or your faith community use to deepen your awareness of your relationship with creation? Send your suggestions to earthbeat@ncronline.org, and we will share some of them.